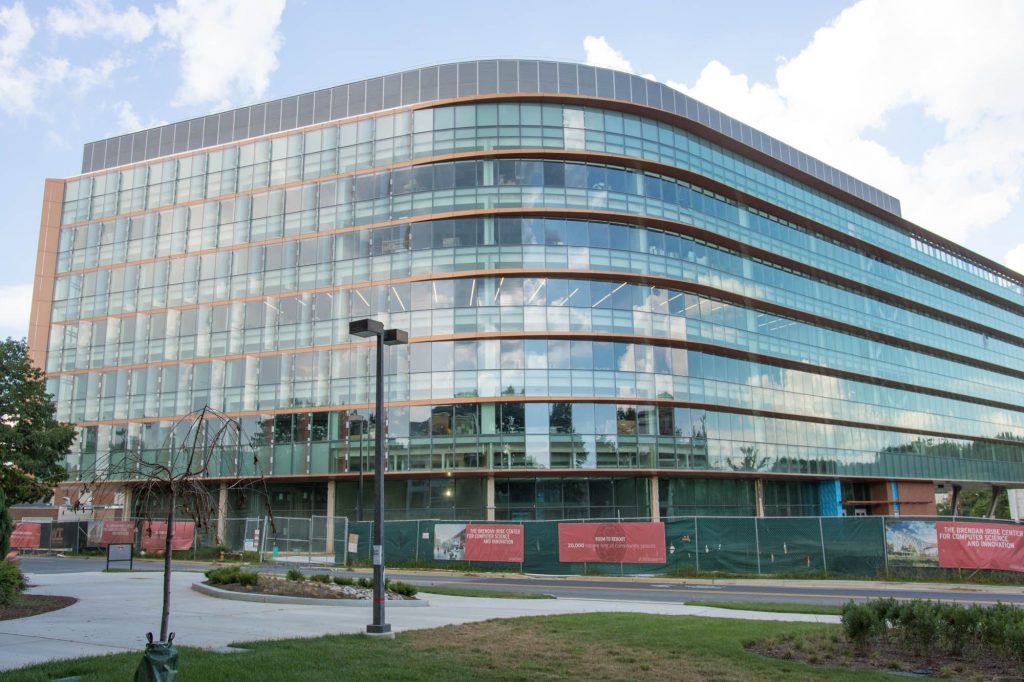 The University of Maryland has announced a new $1 million initiative designed to promote diversity in the computer science department.

The Iribe Initiative for Inclusion and Diversity will expand services already available from the Maryland Center for Women In Computing, such as tutoring programs and summer camps. The services, previously offered through the center and used by female students, will now be marketed to a larger group of underrepresented minority groups.

“We really need a more diverse group of students in computing,” said Ming Lin, computer science department chair. “I think people with different backgrounds will bring different ideas … and that’s how progress will be made in computing.”

One program that will be expanded is CompSciConnect, a currently a three-year program primarily for middle school girls that teaches skills such as HTML, CSS and JavaScript. With funding from the initiative, the MCWIC has expanded their summer camp program for this year, making them more inclusive of racial, ethnic and socioeconomic groups.

“We are now doing three camps concurrently for all weeks, all summer,” said Jan Plane, the MCWIC director. “Getting more children exposed can only help our diversity efforts.”

Lin also noted the importance of early exposure to the field.

“We are hoping that if [students] get exposed early, they will be able to be better positioned to essentially continue to pursue a career in computer science,” she said.

On top of expansion, the initiative will also add some new diversity programs to the department. Lin hopes to eventually include a faculty mentorship program that will work with corporate industry partners.

Lin said those involved with the initiative hope to boost computer science department enrollment numbers with women and minority students.

“We have very few women involved in computing, at a percentage much lower than the percentage of women on campus,” Lin said. “It’s an imbalance in terms of student representation.”

While there are 2,628 men in the computer science department at this university, there are only 611 women, according to fall 2018 enrollment data from this university’s Office of Institutional Research, Planning & Assessment.

The computer science department created the Inclusion and Diversity Committee, which is made up of 13 computer science faculty members, to guide the initiative. The department also established a 19-member student advisory board, which met for the first time in early April.

The university unveiled the new program earlier this month. Backed by the $1 million donation from prominent donor Brendan Iribe, it’s aimed to increase efforts to recruit and support minority populations, such as underrepresented racial and socioeconomic groups.

Iribe attended this university but dropped out his freshman year. He would go on to co-found virtual reality company Oculus, serving as the company’s first CEO.

Valeria Arriola Pomasoncco, a sophomore computer science major, was selected to be a member of the board. She described their meetings as a forum where professors and advisors meet with students to listen to their concerns and brainstorm new ideas.

“We students have the ability to speak to other students,” Arriola Pomasoncco said. “People can go ahead and talk to us and email us and catch up after classes to talk to us about their concerns, and we can bring those ideas to meetings.”

Another member of the student board, Jacqueline Deprey, stressed the importance of inclusion in the board and department. She said the student board’s role is to advocate for other minority groups, such as LGBTQ and transfer students, too.

“We try to represent the different groups represented under diversity,” Deprey said. “These are also perspectives that need to be taken into account.”

Whatever the identity, she said the initiative seeks to make all computer science students successful.

“It helps to show people from minorities that they have a home within the computer science department and within technology as a whole,” she said.