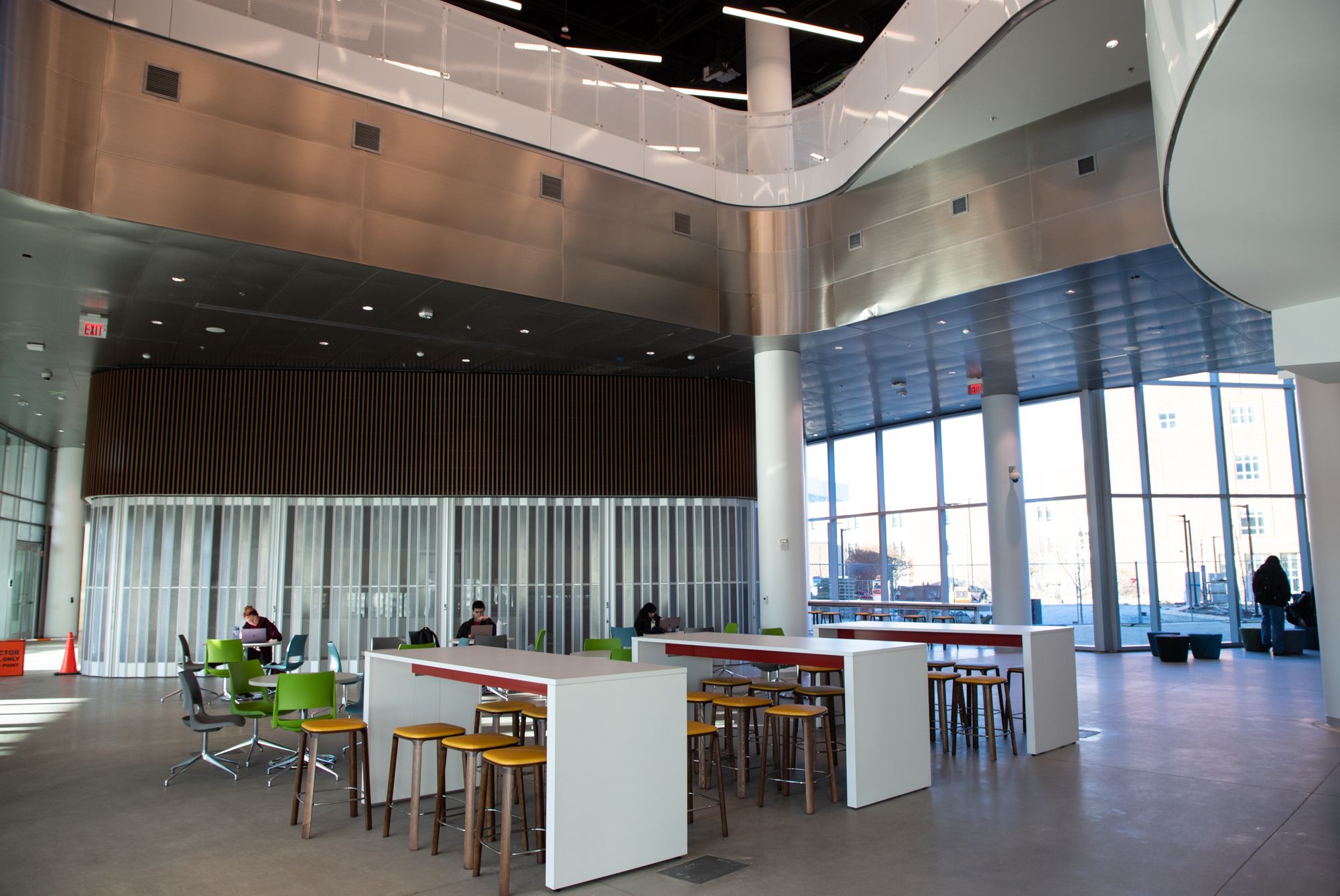 University of Maryland students voiced frustration over what they saw as a lack of transparency regarding plans for the new Iribe Center at a town hall Thursday night.

What was intended to be an informational session to garner feedback and share updates on the new building turned into a debate about communication, decision-making processes and what students deemed a lack of respect for their input on a building made for them.

“It seems like the undergraduate education experience is taking a backseat in exchange for prestige and graduate groups that we don’t have a contribution to,” said Alex Brassel, a junior computer science and math major.

The conversation — attended by more than 50 undergraduate computer science students — largely centered on the division of physical space in the building between the undergraduate programming, graduate offices and the University of Maryland Institute for Advanced Computer Studies.

Though floor plans are available online, which spaces will be designated for undergraduates was consistently unclear.

The discussion also addressed whether the building would have sufficient TA and tutoring spaces, swipe accessibility on the weekends and outside regular hours, and availability for students to rent out rooms for clubs and organizations.

While faculty could speak in general terms, they were hesitant to give specifics, said computer science chair Ming Lin, the staff member leading the town hall.

“I do understand the issue regarding transparency — it’s just there are so many moving parts,” she said. “And there is a fear, I think, that disseminating incomplete information might actually create more questions and more, you know, uneasiness among our students.”

The town hall came after a Reddit post about the issues gained attention earlier in the week.

“Delegation of student space has no input from students?” read the post, which had 226 upvotes as of Thursday night. “Student groups are excluded from higher level decisions in the brand new [Iribe] Center, and group spaces in general, and they’re holding a Town Hall to listen, so let’s tell them!”

But faculty weren’t able to provide concrete answers — partially because they themselves didn’t know, as the decisions were constantly in flux, Lin said.

Students asked for some way they could participate in the decision process and provide feedback. But even trying to trace a chain of command, and identify someone students could appeal to, wasn’t fruitful.

“The problem is that there’s so many decision-makers,” said Emily Hartz, an executive director of the institute for advanced computer studies. “And I can tell you that the people who know the most about this building are in this room.”

“That’s sad,” a student muttered from the back.

Afterward, students acknowledged the lack of understanding and knowledge was one of the major sources of frustration.

“There hasn’t been a steady stream of communication or an accessible one throughout this entire process,” said Alex Jerome, a senior computer science and marketing major. “I don’t think it’s really their fault — [but] had we had input from the beginning, this wouldn’t have happened.”

While students didn’t come away from the town hall with much more concrete information, junior electrical engineering major Avi Passy said it gave them a better sense of purpose.

“I don’t think we got anything physical, but I think we now have direction,” Passy said. “We came in angry, we’re coming out focused.”