Interview: The cast of ‘Ramy’ discusses the significance of its new Hulu show 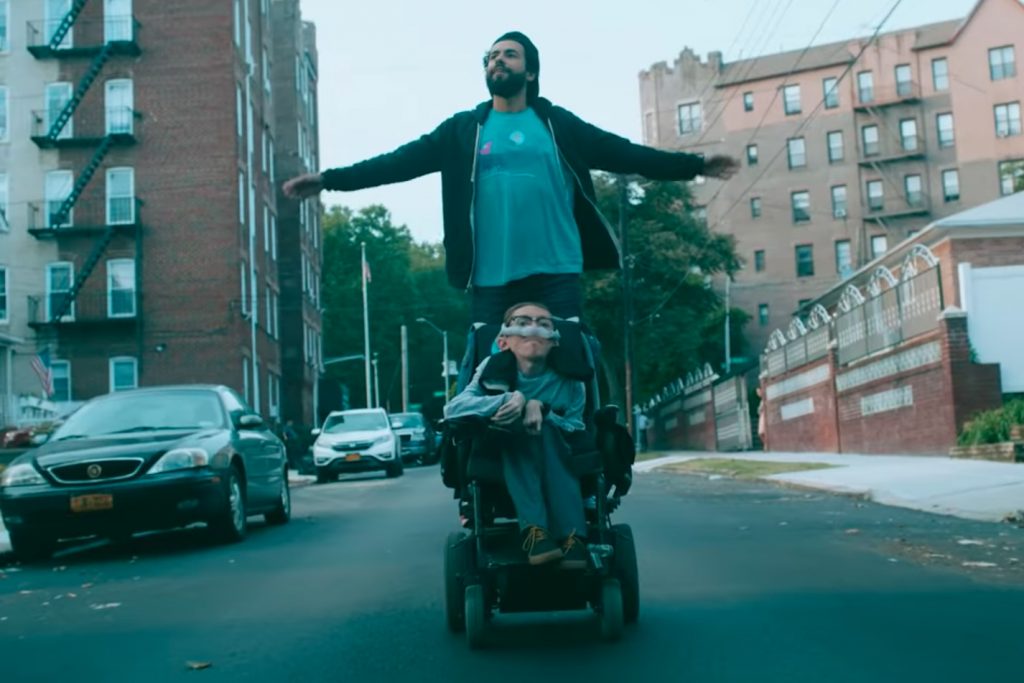 Ramy Youssef and Steve Way in the trailer for their new Hulu series, 'Ramy' (Photo via YouTube).

Ramy Youssef is not your conventional stand-up comedian, and his new Hulu series Ramy reflects that perfectly. The semi-autobiographical dramedy focuses on the 28-year old New Jersey native and his struggles with life, love and his Muslim faith.

Ramy features actors and comedians Steve Way and Dave Merheje, his real-life friends, as supporting characters on the show. I sat down with all three to chat about topics such as the importance of representation, the power of comedy and if actors actually watch their own TV shows.

The show has only been out for a few days. How has the initial response been?

Ramy: It’s been overwhelming. I think it’s just been amazing seeing people connect to the story. You know, I think a lot of Arabs who watch this feel a connection to what’s happening on screen. Steve has shared that people from his community are watching and then feel really connected. And so it’s been really cool to open up the conversation.

A lot of aspects of your show are based on your real life, but what are the biggest differences between the characters you play and you as a real person?

Ramy: I would say the biggest similarity is the feelings of indecisiveness that I felt in life definitely are in this character. What’s also really similar is kind of this feeling of unwavering faith. Because I do feel — in real life — that faith is a big part of how I think. And I don’t think this character really questions his faith; he questions himself.

Ramy: Well that was really important for me. I wanted to create a flawed character, I wanted to lead with the issues.

Dave: I would say the similarities are in [my] awkwardness — always being worried and sometimes making weird, kind of non-sequitur comments. The differences [are] mostly [in] faith, I’m Christian, but I don’t really practice it as much as my character practices his faith.

I thought you were going to say the biggest difference was that you aren’t a doctor in real life.

Dave: Oh [laughs] I probably should have lead with that.

How did you find the balance between having a story based in real life and also making it entertaining?

Ramy: How much have you watched?

Steve: Don’t give too many spoilers.

Ramy: What? You haven’t gotten through it all?

Ramy: You haven’t watched your own show? That is fucking insane.

Steve: I’ve got stuff to work on.

Ramy: This is the biggest reveal of the day. We’re sitting here talking about our show and you haven’t even seen it!

Steve: I lived it!

Ramy: [Well] it’s like this, the show sits in an alternate reality version of the three of us and of my family. My family’s very communicative, but I’m like, ‘Okay, I know a lot of families like this aren’t, so what would that look like?’ I’m a stand-up [comedian], I create, I do things, that’s my outlet. But what would it look like if I didn’t have an outlet? So we’re skewing everything into this place where the tension is a little bit tighter, but it’s rooted in real emotions.

How do you find the line between creating work that is socially important — as in representing different groups that usually aren’t portrayed in the media in a nuanced way — but also is entertaining and engaging and palatable to people from all types of backgrounds?

Ramy: Funny first, it’s got to be funny. I had to accept as a creator that I wasn’t going to represent everybody’s experience, right? And that I wasn’t going to be right all the time. I think when you’re making a comedy, especially when you’re making a fictional TV show, it’s okay to be wrong. Once you kind of give yourself those parameters and that permission, you get to show a cool version of people, you get to show them in their weirdness. It’s not perfect, and it’s messy. Those were our guiding principles, though. We just have to be funny and we have to be weird, and it’s got to feel honest.

I found the show weirdly easy to identify with — little quirks of the immigrant experience, such as bringing suitcases of gifts to relatives abroad, hit home for me. It was refreshing to see a young minority or immigrant or whatever being represented in something without necessarily having to be a ‘model’ or ‘perfect.’ How did you intend to get that message across?

Ramy: The goal is to just confuse things a little bit actually. It’s not really to provide answers. It’s just to ask different questions. And it’s to kind of show things in a little bit of a different light and again, to provide a human look. I just wanted people to laugh and see something weird, and change maybe some of their associations. I mean, most people who watch this show in America [have] probably never been into a mosque, and they get to see the mosque as a place that people go to solve their problems. They get to see somebody say ‘Allah’ and ‘Allahu Akbar,’ and then not go to a detonator, they see them pray and you see them trying to figure out what their next move is as a person.

How do you three feel that stand-up has helped prepare you for this kind of role?

Steve: It’s definitely helped me find my voice. My rule for stand-up is one part making people laugh and one part educating people about what my life is like with having a disability — but making you relate to it. So I think Ramy wrote the Steve character in that voice, I know drawing a lot from my stand-up, and Ramy has helped me with my stand-up over the years, but I think it’s really just like finding who I am. When I get onstage people are one, uncomfortable, but two, they’re not sure if they can laugh or not, because they’ve never seen anyone like me on stage. Ramy and I have always made sure that we have to figure out a way to make people grow into me and open up and be comfortable. Because if they’re uncomfortable, then I’ve lost them. Having that outlet, and that platform on Ramy’s show, to be able to showcase that is really important for people like me.

Ramy: How do you think stand-up affected episodes nine and ten?

Steve: Well, I’m not there yet—

Ramy: Yeah you’re not there yet, so you don’t know shit!

The entire first season of ‘Ramy’ is available to stream on Hulu.

CORRECTION: Due to a reporting error, a previous version of this article incorrectly referred to Dave Merheje’s religion as Krishna. He is Christian. This article has been updated.