Maryland men’s lacrosse moves up to No. 2 in rankings after comeback win over Rutgers 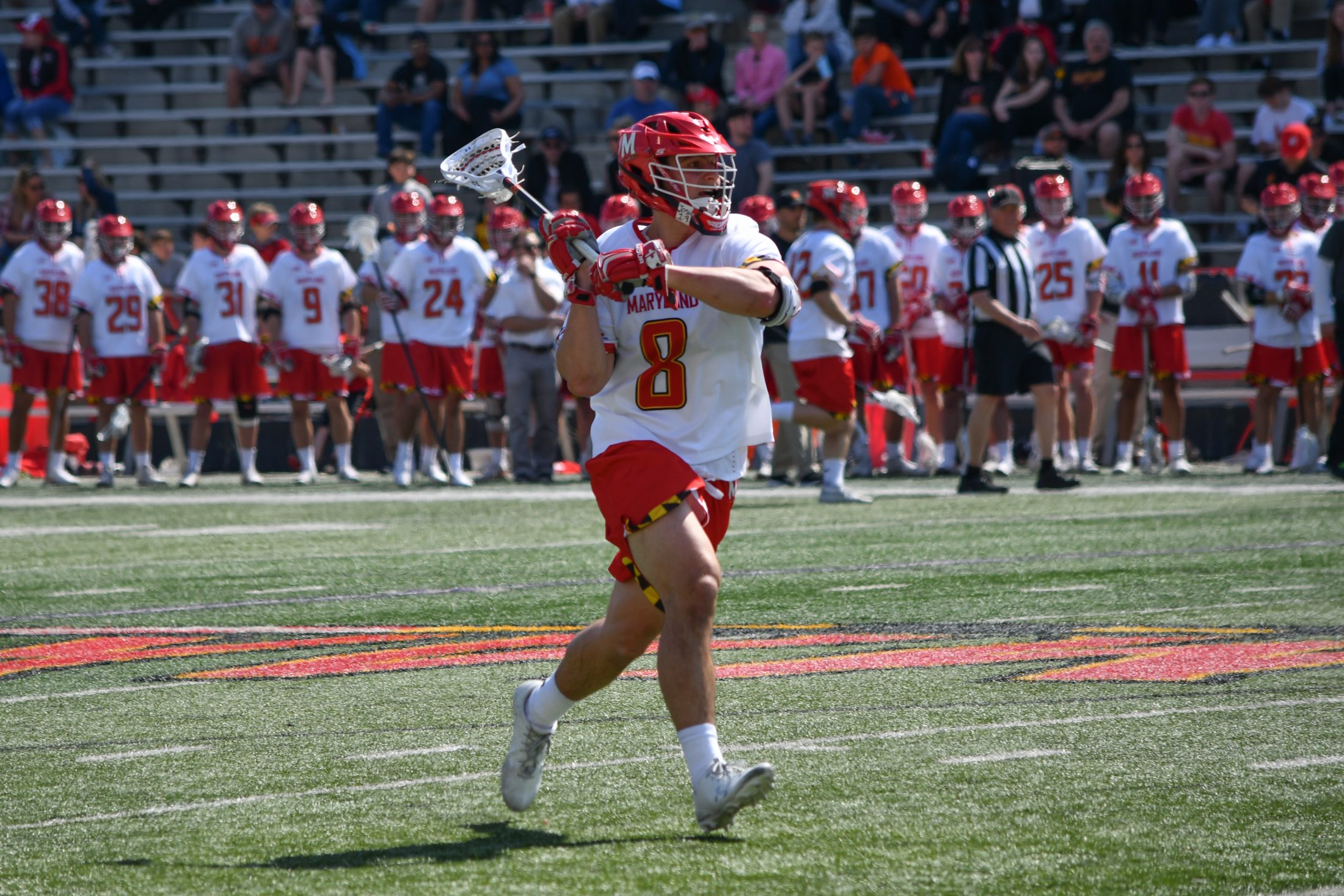 Maryland men’s lacrosse matched its highest ranking of the season in the Inside Lacrosse media poll, checking in at No. 2 in the rankings released Monday.

Even with then-No. 2 Loyola’s loss Saturday, Maryland’s ascension in the rankings didn’t come easy. The Terps needed an explosive showing in the second half of their 16-13 win over Rutgers to erase a five-goal deficit and earn a hard-fought road win Sunday.

Penn State remained the top-ranked team in the nation, receiving all first-place votes for the second consecutive week. Fellow Big Ten teams No. 9 Ohio State and No. 19 Johns Hopkins join the Nittany Lions and Terps inside the top 20.

While Maryland jumped from No. 3 to No. 2 in the media poll, it will wait to see how its most-recent win impacts its ranking from the NCAA Lacrosse committee. In the first iteration of those committee rankings — released Saturday and used as a measure for NCAA tournament seedings — the Terps were slotted seventh.

Maryland will have another chance to further its resume when it takes on No. 9 Ohio State in Columbus, Ohio, on Saturday.

Ohio State is also coming off a come-from-behind victory, erasing a five-goal halftime deficit against Johns Hopkins before scoring the game-winner with 49 seconds remaining to escape with a 14-13 road victory.