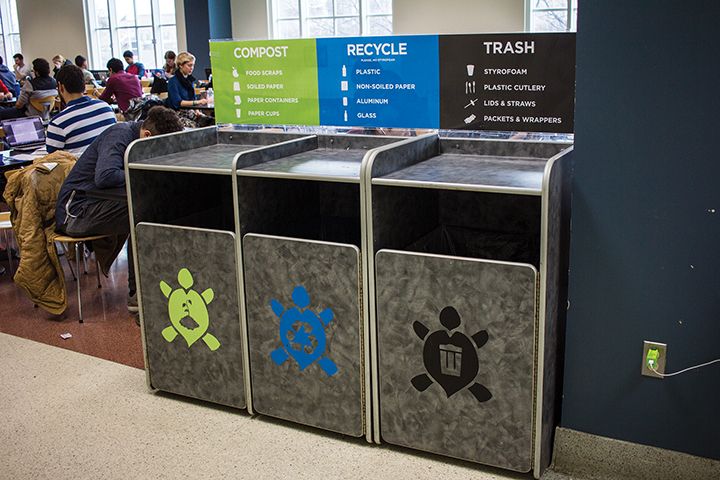 The University of Maryland has many great sustainability initiatives and organizations. But at the same time, there isn’t enough information telling students — especially incoming freshmen — what they can do individually to help sustainability on the campus. GreenEdu would be an effective way to educate students on how to reduce their carbon footprints.

GreenEdu, which is modeled after the online education program AlcoholEdu, is an online training program that would teach incoming students about this university’s sustainability practices. According to Residence Hall Association vice president Ben Reichard, the program is currently being developed and could be released at some point in the coming semesters. I implore the RHA to get this program up and running as soon as possible.

Even though we have plenty of places on the campus to recycle and compost, I still know many people who don’t want to spare the time. I have friends who live in South Campus Commons, for example, who don’t take the time to sort their recycling and trash, let alone sort it correctly. I’ve seen countless people toss all of their recycling and compost into the trash bins in the Stamp Student Union food court without bothering to sort their waste. To me, recycling and composting are the absolute bare minimum we can do. Taking further steps — such as using reusable cups when you buy coffee or actively reducing food waste — are even better.

GreenEdu should do three main things to combat this mindset. First, it should make sure students know what items go in which bins; it might shock them to know how much is actually compostable and recyclable, especially on the campus. Second, it should make students aware of additional measures they can take to reduce their own carbon footprint. It should recommend using reusable water bottles and only taking as much food as you can realistically eat in the dining hall, as well as things such as turning off lights in your room and being conservative with water when you shower or do laundry.

The third thing GreenEdu should do is the most important: It needs to convince students that conserving energy and reducing waste is actually their responsibility. One student pointed out that making GreenEdu a mandatory program might make students “tune out.” But a program like this must be mandatory. It’s easy to see reducing, reusing and recycling as negligible actions that have no impact on climate change, but if we commit to these principles, they’re by no means insignificant.

To convince students this is something they should pay attention to, GreenEdu should paint a larger picture. Climate change doesn’t just mean more extreme seasons here in Maryland — it means the destruction of island nations such as the Maldives, Kiribati and the Marshall Islands by the end of the century, or sooner. It means flooding, landslides and natural devastation to some of the most impoverished and vulnerable communities across the globe.

The severity of climate change should not be downplayed in GreenEdu, and hopefully this will be enough to convince students to pay attention. I have no idea whether my grandchildren or great-grandchildren will even get to see my country, Sri Lanka, as it is today. I also have no idea whether corporations and governments will get their acts together and make the necessary changes to slow the pace of climate change. What I do know, however, is that I’m reducing my carbon footprint in every way I can, and I hope everyone on this campus understands they need to do the same.