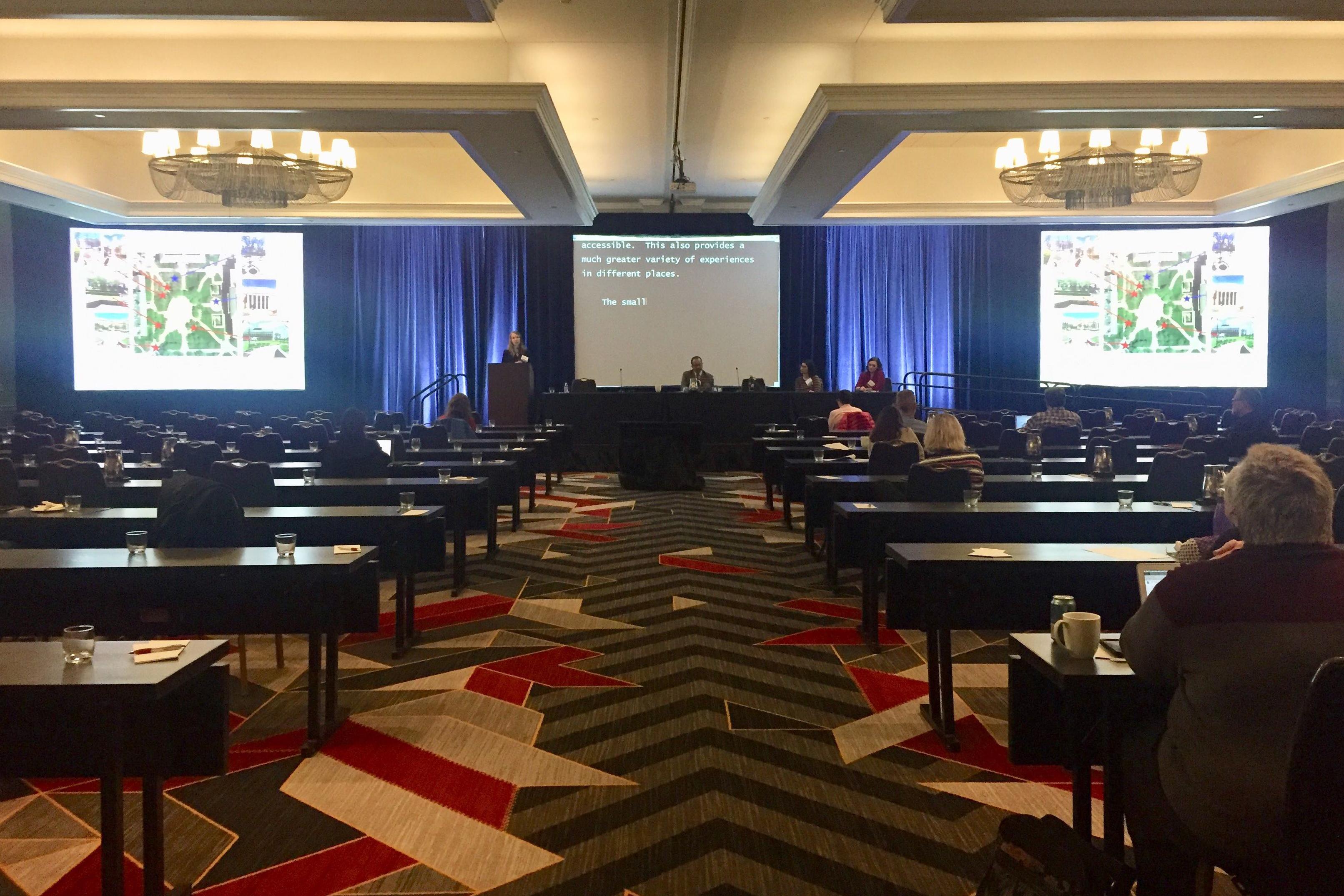 On a typical day at the University of Maryland’s Hornbake Plaza, students rush by each other to get to classes. But one student, Audrey Wilke, is in no hurry.

The junior landscape architecture major walks across the plaza slowly, examining every part of it, until she finds a flaw — a step that’s six inches tall.

To most students, the step goes unnoticed. But for a student with a physical disability, this one aspect makes it much harder to get onto the plaza or cross it.

Wilke has dyslexia and was drawn to the first disability summit as a freshman looking for a community for students like her. The keynote speaker talked about the social theory of disability, which Wilke found interesting.

Two years later, Wilke was selected as a student speaker herself, presenting her study on Hornbake Plaza to attendees at the College Park Marriott.

“It’s very frustrating walking around campus and seeing how easy accessible design could be,” she said. “A lot of times, the spaces that are the best spaces on campus are not accessible, so you’re not really getting the college experience.”

Hosted by members of the President’s Commission on Disability Issues, the summit featured many professionals speaking to members of the public about topics such as disability justice, careers for people with disabilities and the future of the Americans with Disabilities Act.

However, some students, including Wilke — whose presentation was the only one to be centered on the university specifically — narrowed down from the national level to the campus level.


Wilke said that to eradicate these issues, campus officials need to work on implementing “older designs and refitting them with simple solutions” by constructing ramps instead of the steps.

The university offers an online accessibility map that lets students and visitors with disabilities plan out what routes they can take to get around on the campus. Wilke said this should be “proudly displayed” to make more people aware of it, because many universities don’t offer it.

“[If I am a disabled person] I have no idea what is accessible to me and what is not — how do I get from A to B?” she said. “Even if you’re not changing these landscapes, but you’re making information available about it, I think that’s a really worthwhile investment.”

“Why would you put a non-wheelchair accessible ramp — ever? If it’s not going to be accessible, then just don’t put anything,” she said. “They need to be more aware of how that’s coming across to people.”

Another attendee, senior kinesiology major Katherine Grady, said she’s seen many professors who are reluctant to record lectures without going through the Accessibility and Disability Service on campus.

“There is a benefit for people who have writing disabilities or just don’t write really fast or people that don’t want to go into the ADA office,” she said.

Grady explained that many students are not able to get formal accommodations, because they did not have the money to get testing necessary for a diagnosis.

She also proposed that professors should be more aware of outdated and potentially offensive language in their material. As an example, she said some professors still use the term “mental retardation.”

“It’s a sensitivity issue with a lot of the professors,” Grady said.

Mollie Greenberg, one of the chairs for the Summit Committee, said that she hopes next year’s summit will include more commentary about students’ experiences.

With new changes and initiatives coming, Wilke said she would love to see the university push inclusivity toward students with disabilities to the forefront.

“My goal from this conference was just to get people to start thinking about how campus specifically can improve,” she said. “How cool would it be if the university was a leader in inclusive design?”