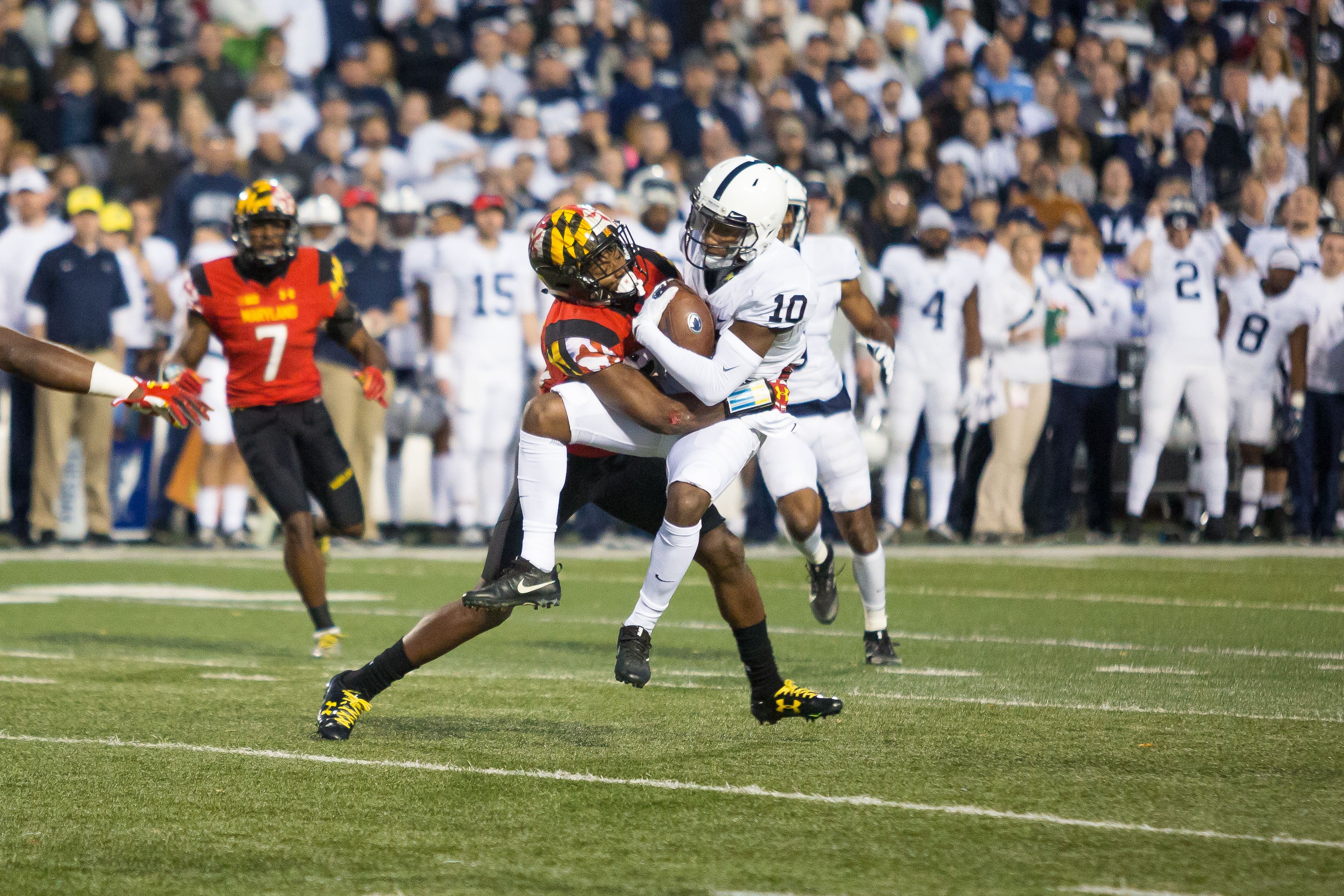 Defensive back Antwaine Richardson makes a tackle in the open field during Maryland’s 66-3 loss to Penn State on Nov. 25, 2017 at Maryland Stadium. (Marquise McKine/The Diamondback)

Antwaine Richardson, who started 10 games at safety last year for Maryland football, tore his ACL at practice Saturday and will likely miss the 2019 season, a team spokesperson announced Tuesday.

Richardson figured to be one of the key returning starters to a defense undergoing immense turnover this offseason. Six starters departed, and Richardson’s injury sidelines one of the top pieces in what appears to be an inexperienced — albeit talented — defense moving forward.

The Delray Beach, Florida, native tallied 41 tackles and one interception in 12 games last season. Richardson still holds onto his redshirt, likely enabling him to return for another year.

Safety Darnell Savage and cornerback RaVon Davis both graduated from the secondary, with the former’s draft stock rising after an impressive NFL Combine performance. Savage intercepted four passes and Davis picked off three in 2018.