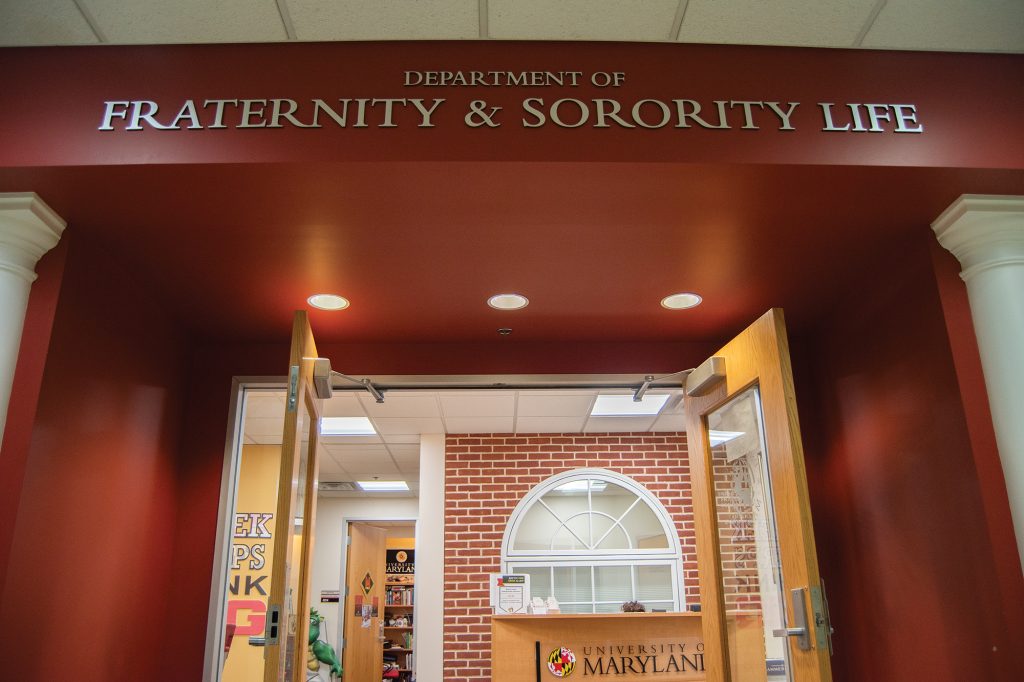 For the first time in its existence at the University of Maryland, the Panhellenic Association won’t be participating in Spring Fest due to lacking efforts from the Interfraternity Council.

PHA executives wrote in a letter to their members that IFC failed to take sufficient accountability for the planning of the event. They wrote that many IFC chapters seemed unable to fulfill required sexual assault prevention programs for Spring Fest, an annual week-long celebration aimed to connect members of the Greek Life community from different councils.

PHA and IFC executives did not respond to multiple requests for comment to clarify what issues contributed to the decision.

Each chapter planning to participate in Spring Fest is required to have 20 percent of its members attend a sexual assault prevention training during the weeks prior, said Lola Taiwo, sexual assault and violence prevention coordinator for the Department of Fraternity and Sorority Life.

But in the letter sent to its members last month, the PHA executive board wrote that “many IFC chapters were unable to participate” in the trainings — which the board called “extremely educational and crucial to keep the members of our community safe.” This left the board “frustrated and confused.”

“The PHA Executive Board felt this was not an acceptable risk for participation in Spring Fest,” the letter read.

[Read more: Mold kept these UMD students out of their sorority house for a month]

Matt Supple, director of DFSL, said he expects Spring Fest — which was scheduled to start Saturday — will not happen this year after PHA pulled out. However, he is not sure if IFC will create its own programming during the same week.

Sorority and fraternity members are disappointed that Spring Fest will not be happening as planned. Many members said the week unites people and chapters who might not otherwise meet.

“A lot of [our] seniors were talking to us saying that they’re pretty disappointed Spring Fest was cancelled this year,” he said, “because they had it when they were freshmen and said it was one of the best time of their lives.”

Ten Greek Life members declined or did not respond to requests for comment, with some saying they were instructed by their organizations not to speak on the matter.

The sexual assault trainings are still set to run from March 29 to April 11 — and are now included as part of chapter expectations, which means they are one of the events that 35 percent of the chapter must attend to fulfill their sexual assault prevention meeting requirement.

Lizzie Mafrici, a member of Delta Phi Epsilon and vice president of the student group Preventing Sexual Assault — which works closely with DFSL and CARE to Stop Violence — said the Spring Fest requirement gives members a chance to attend sexual assault prevention events outside of their chapter expectations.

But it’s also a protective measure, she said.

“Spring Fest and Homecoming is a week of community service and games and events, but it’s also a week of socials every single night,” Mafrici said.

Brittany Goodman, a senior journalism major and former member of Alpha Phi, said the week’s events were “a lot of people’s favorite things” about being in Greek Life.

The PHA has decided that sororities will be focusing on contributing to their philanthropies instead of participating in Spring Fest, Mafrici and other sorority members said. Further details of what’s being called “Sisters in Service” are unknown at this time.

Although this is the first year PHA is not participating in Spring Fest, the Multicultural Greek Council and the National Pan-Hellenic Council decided in fall 2016 to drop out of what was then called Greek Week, saying they did not feel included in the planning process, and at times felt their contribution was tokenized. After the two councils pulled out, the week became known as Spring Fest.

NPHC is the governing council for the nine historically black fraternities and sororities known as the “Divine Nine,” President Trey Huff said. MGC’s mission includes promoting cultural awareness to the campus population, according to its website.

While Mafrici emphasized the importance of ensuring participation in sexual assault training, she said she was disappointed that the festival wouldn’t go on.

“I think it’s something super unique our Greek life has at our school,” she said. “It’s definitely really sad, and I know the seniors in my sorority are really sad about it.”