“This is a real issue”: UMD PSA holds open forum on sexual assault and harassment 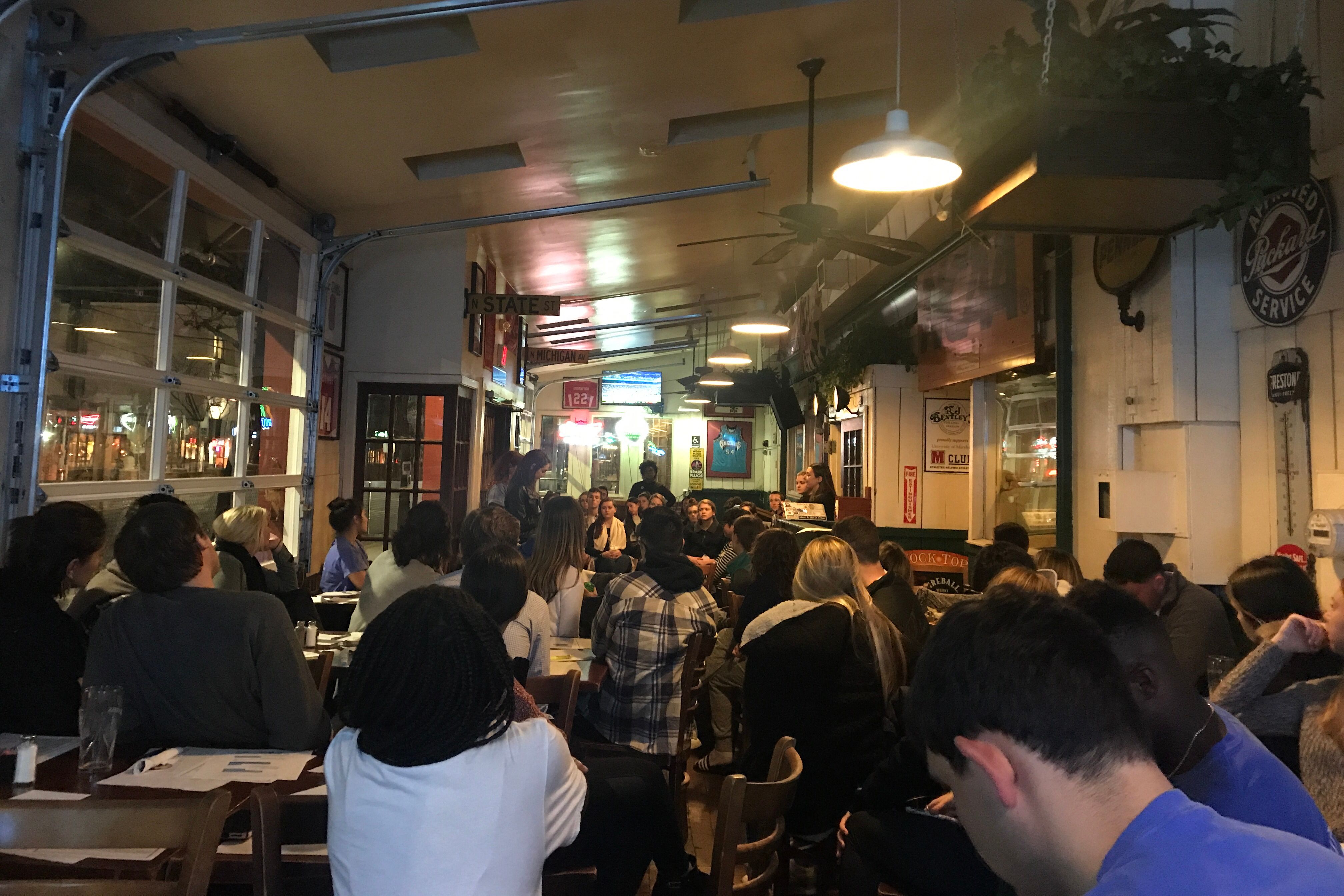 On R.J. Bentley’s patio Monday night, a stack of notecards lay on a wooden table, sticky with beer. On each of the ruled index cards, students shared their reactions to three women’s experiences with sexual assault.

“Sexual assault cannot be left unattended, no matter when it happened,” one read. “It is never too late to speak up and stand up for yourself.”

“I am so sorry for them, I want to take their pain away,” another said.

“Even if you’ve always been prepared, it can still happen to you,” a third said.

At Preventing Sexual Assault’s eighth, semi-annual “Real Talk” event, the organization president Rachel Colonomos, vice president Lizzie Mafrici and assistant president Sophia Blake alternated reading the cards to a crowd of about 50 people to provide a forum for open dialogue regarding sexual assault and harassment in a casual setting.

“If people feel even the slightest bit more comfortable having dialogue about topics like this, the event will have been successful,” she said.

As students sat around tables, drinking and eating appetizers, PSA members shared three stories of sexual assault — one from sophomore psychology major Elena LeVan, another from an organization member who wished to remain anonymous and a third from a Huffington Post narrative in which a survivor recalled her sexual assault that occurred at a college party.

During the three accounts, attendees were encouraged to write down their thoughts and feelings on index cards. As PSA member Chisom Ojukwu led a minorities and sexual assault-themed Kahoot game, PSA members collected the cards.

Questions included “What is the term used to define the hypersexual stereotype of a black female?” and “What percent of black women experience sexual abuse by the time they reach the age of 18?” The provided answers: “A Jezebel,” and “60 percent.”

With tears in her eyes, Ojukwu shared the story of another woman who had reached out to her and shared her story of sexual assault.

“It’s important that we talk about this topic and it doesn’t become an abstract idea,” LeVan said. “This is a real issue and it affects real people.”

Hosting the event in a bar helps to create a casual environment, but it also makes a point about the factors behind sexual assault.

“We also want to make a metaphorical connection to the fact that alcohol doesn’t cause sexual assault,” Colonomos said. “We’re able to drink and also talk about sexual assault.”

The event ended with PSA members reading aloud the cards, with the audience’s anonymous thoughts from when the narratives were read.

“[It’s] very brave to be able to come out of their comfort zone to share their story,” an attendee wrote on their card.

CORRECTION: Due to a reporting error, a previous version of this story misattributed a quote to PSA vice president Lizzie Mafrici. This story has been updated.