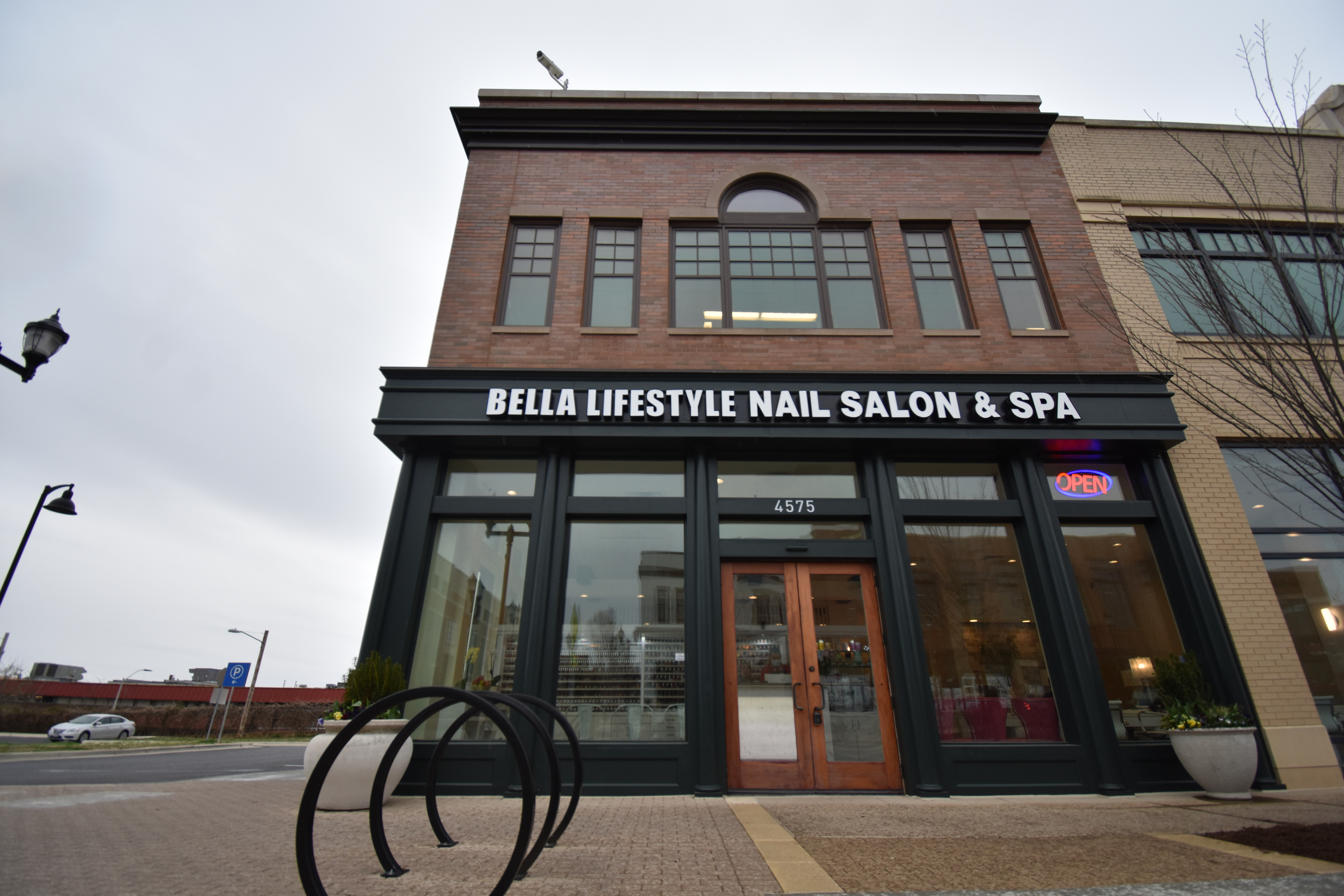 In front of an expansive, rainbow wall of nail polishes, Alex Vo greeted customers with a warm smile at the entrance to the Bella Lifestyle Nail Salon and Spa on Tuesday.

The business, which opened March 24 near the Whole Foods in Riverdale Park, is one of multiple spa services to move to the area during a time of increased economic development in College Park and the surrounding suburbs.

“We’re really nice, friendly, we take our time,” said Vo, the salon’s manager and owner. “Everybody that’s coming in is saying that they love it and that they would come back.”

The new salon is located on Van Buren Street in Riverdale Park Station, a mixed-use development off Route 1. Open seven days a week, the business features lacquer white salon tables, massage rooms, and a coffee, tea and wine buffet. It also offers a variety of pedicure and manicure services as well as massage and skin treatments, Vo said.

Ciara Bullock, a Hyattsville resident who frequents Whole Foods and District Taco, said she travels to D.C. every two to three weeks for nail appointments. For her, the nail salon is a welcome addition to the area.

“This is something that we’ve been needing in this area,” Bullock said. “I’ve literally tried everywhere else in this area, and this one is the best one that I’ve seen.”

Vo, who has worked in the salon industry for more than 16 years, said that the amenities, such as the free drink bar and customer service, make the salon stand out.

“I have clients coming in here and saying, ‘Hey, I don’t get this at my shop that I used to go to,’” Vo said.

Bella’s prices range from $20 for a classic manicure to $150 for a full set of eyelash extensions. The prices are higher than establishments like UM Nail Spa, which charges $10 for a manicure, but lower than The Red Door spa in The Hotel where a 20-minute manicure costs $28.

Bullock, who said she has visited every nail salon in College Park and Hyattsville, visited the store for the first time Tuesday and was pleased with her experience.

“Everyone is really helpful, really nice. They explain everything. I really like the products that they’ve used,” she said. “They’re really clean, and it’s really just a nice shop.”

Like Bullock, University of Maryland student Marina Cox has found nail salons in the area unsatisfactory. At Revo, she said she felt like she was “given to a less experienced person just because I wasn’t a regular.”

“It was an OK nail job,” the sophomore hearing and speech sciences major said. “It wasn’t fantastic, and it kind of chipped off after a week.”

Jennifer Thai, the owner and manager of Revo, said if the customer is unhappy with their experience, she welcomes feedback.

“All of the employees, they are licensed, but people have different skills,” Thai said.

Cox now travels more than an hour home to Calvert County to get her nails done. Next year, she wants to find a “decent place,” and Bella Lifestyle could be that alternative.

“I think it’s reasonable,” Cox said of the prices at Bella Lifestyle. “There are always ways to get around some of the costs.”

Other students, like Haley Tobin, aren’t particularly inclined one way or another to check out the business.

“I’m super impartial about this,” said Tobin, a sophomore criminology and criminal justice major. “Nail salon, no nail salon. They should get a grocery store closer before they put a nail salon in.”