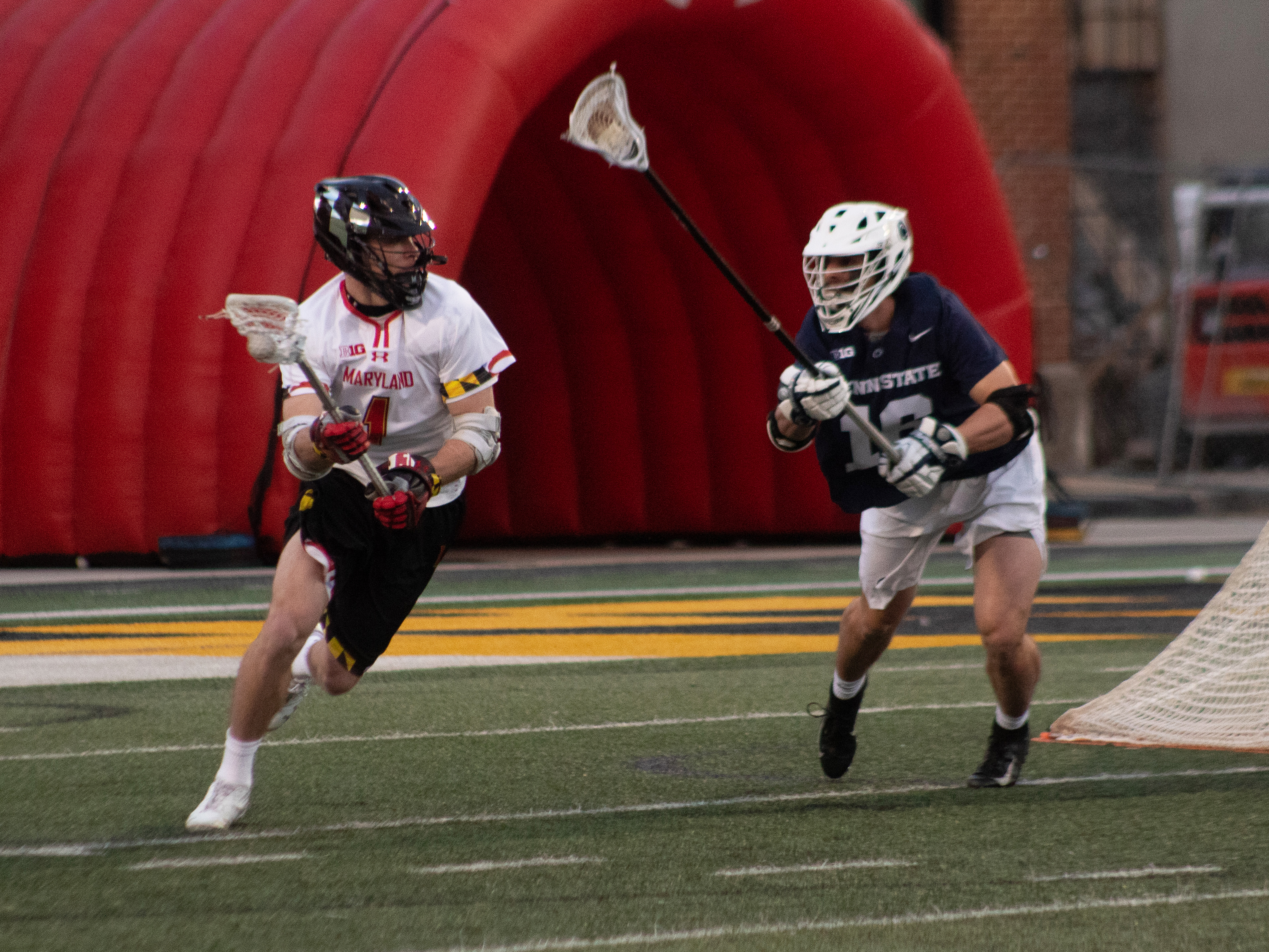 Following the defeat, Puglise said the Terps didn’t live up to the standards their program expects, and twice he guaranteed a better performance in their next outing.

But the sophomore and his teammates would have to wait to get back on the field. The coaches gave Maryland a day off Monday, opting to manage the health of their players rather than immediately assess what went wrong against the Nittany Lions.

“Managing the season, the ups and the downs, is something as a coach you realize is important to do,” coach John Tillman said. “We gotta make sure we’re very careful about what we’re doing over this week to make sure we’re healthy, we’re mentally fresh [and] we’re physically fresh.”

After the team’s physical exertion reports showed very high numbers for players’ distance traveled and time on the field, Tillman opted for a day off to expedite some of the recovery process, despite having only four days to prepare instead of five. Facing Michigan on Saturday, Maryland will see how opting for a day off in an already short week pans out.

When Maryland returned to the field Tuesday, the training focused more on mental and tactical preparation than physical rigors of other practices throughout the year.

Last season, the Terps were also unable to topple the top-ranked team, losing to Albany 11-10. But Maryland responded well after the devastating defeat in which they surrendered a late four-goal lead, and Tillman hopes to channel that same dig-deep energy with this year’s squad.

After falling to the Great Danes, the Terps rallied off five consecutive wins, won their fourth straight Big Ten regular-season championship and made a run to the final four.

“There’s always lessons you can take from one season to another, or game to game,” Tillman said. “We’re just going to play some really good teams, and you run the risk of losing some games … but again, you’ve gotta learn from it.”

Tillman also noted that he doesn’t allow a two-hour game to define how the season will play out.

Maryland has learned the requisite lessons from the Penn State game, especially from the unprecedented first-quarter defensive meltdown — the first time a Tillman-led team allowed eight goals in a quarter.

Beyond those lessons, the Terps learned about their resilience, battling back from the first significant deficit they’ve faced this season.

“A lot of teams would’ve folded after being down 8-1 in the first quarter,” long-stick midfielder Nick Brozowski said. “For us to kind of be able to show that grit and toughness to come back, and make it a game honestly, just shows a lot about our team. And I think we can carry that forward.”

As the coaching staff manages the week — along with the players’ bodies and minds — Tillman felt confident Wednesday about where his team was following the taxing defeat in its first Big Ten contest.

“It should hurt when you lose, like, it should mean something,” Tillman said. “But you also have to realize you’ve gotta manage that, you can’t feel sorry for yourself and then you’ve gotta get back to work. And I think, really, that’s kind of where we are right now.”