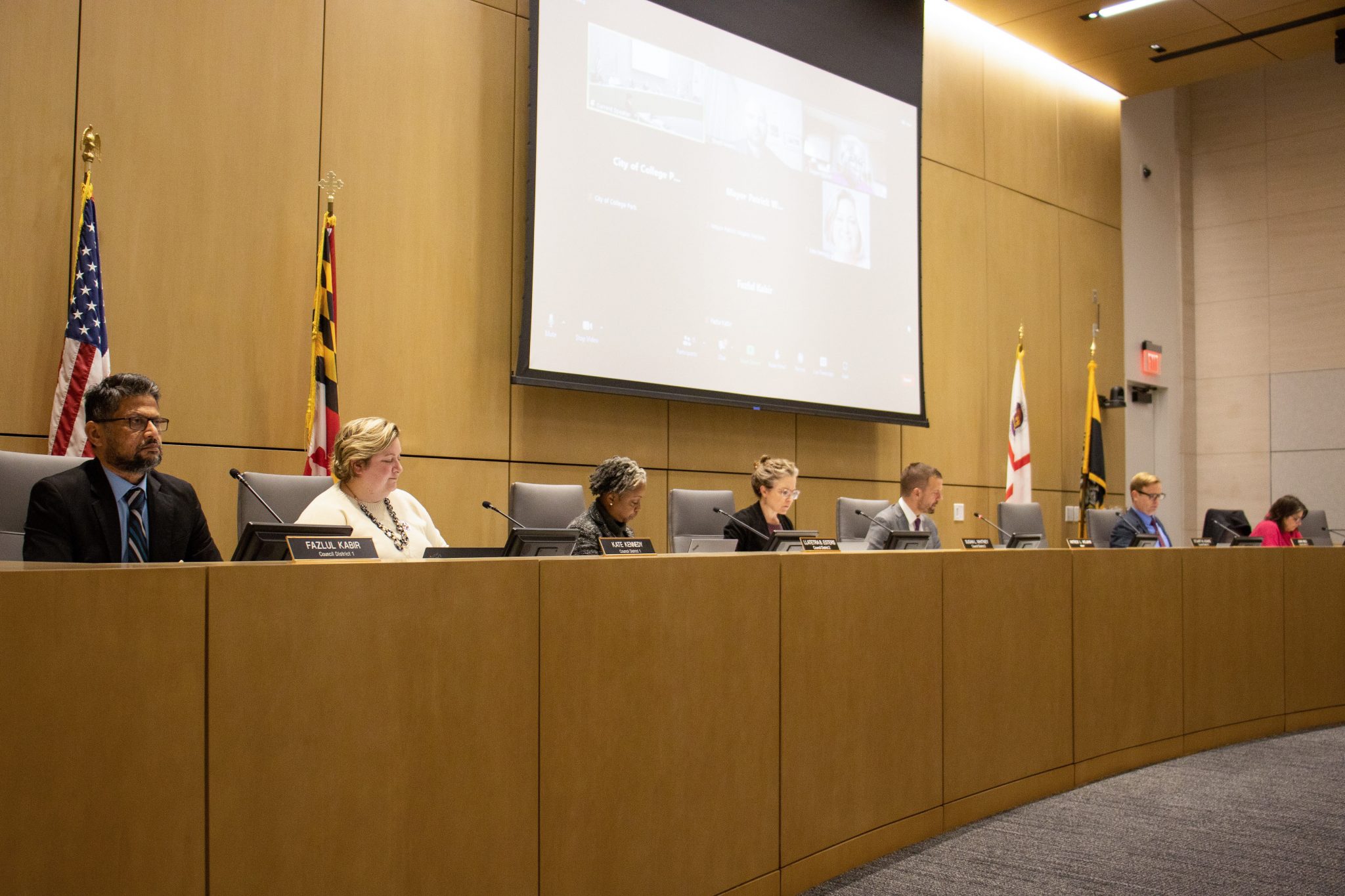 The College Park Board of Election Supervisors recommended a permanent vote-by-mail list system and early voting to increase voter turnout during a Tuesday presentation to the College Park City Council.

This presentation follows a survey distributed to households across the city last year asking for ways to encourage higher voter turnout rates for city elections.

Of the survey’s 210 respondents, 42 percent said a vote-by-mail option would make them most likely to vote.

The board recommended adopting the state’s permanent vote-by-mail list for city elections, which would make College Park the first city in Prince George’s County to do so. Maryland has a list of voters who have selected to automatically receive mail-in ballots for state and county elections. The board found more than 880 College Park residents have already opted into this list.

Registered voters may still request a mail-in ballot for a specific election.

Both the council and the board discussed whether they should either hold a Sunday election or a traditional Tuesday election. The city held the election on a Sunday for the last election in 2021 to better accommodate people working on Tuesdays. Early voting would occur during weekday business hours so a Sunday election could provide more choice for voters, according to the city’s Board of Election Supervisors Chief John Payne.

The 2021 city election saw a decrease in voter turnout. There was a 10 percent voter turnout rate — the lowest since 2013, according to city documents.

Payne said it is hard to pinpoint how the Sunday election affected the number of voters due to the number of changes to city elections in recent years and the COVID-19 pandemic.

“We don’t know if we’re comparing apples to apples or apples to oranges here with the Tuesday and Sunday,” Payne said.

Sunday elections are cheaper for the city because polls do not have to be open for as many hours as the city doesn’t have to accommodate people voting before and after work, Payne added.

The board also recommended having a 10-business day early voting period available at City Hall.

Survey respondents ranked the College Park Community Center as their top choice for a polling location. While most council members supported this location, the two District 4 council members pushed for Davis Hall out of concern for their senior residents who may not be able to travel to the community center.

“That location was a concern, and that’s why they didn’t come down,” District 4 council member Denise Mitchell said about senior residents of her district when the community center was previously used.

District 3 council member John Rigg said although the community center is more southern, this could encourage students to vote. Rigg said because Davis Hall is far from the University of Maryland and public transit resources, this could discourage student participation in the election.

“One of the weaknesses in our democratic system in the city of College Park is the engagement of young people … principally that means University of Maryland students,” Rigg said.

City council members were supportive of having one Election Day polling place to streamline where residents are supposed to vote and have less difficulty tracking who has voted. Having one polling place also costs less for the city, which would have to hire fewer judges and poll workers.

District 4 council member Maria Mackie said she knows firsthand that one polling place would be better for the city.

“I’ve been an election judge,” Mackie said. “It’s very expensive when you try to interlink, and people get confused where they’re supposed to go”.

The board recommended decreasing the deadline to register to vote from 28 days before election day to 15 days. They want to explore having same-day voter registration, but they are unsure how they would implement this system without the ability to easily access Department of Motor Vehicles voter information.

The next city election will be in November. All council member positions and the mayor will be on the ballot.