No. 22 Maryland wrestling loses heartbreaker to Indiana on tie-breaking criteria, 17-16 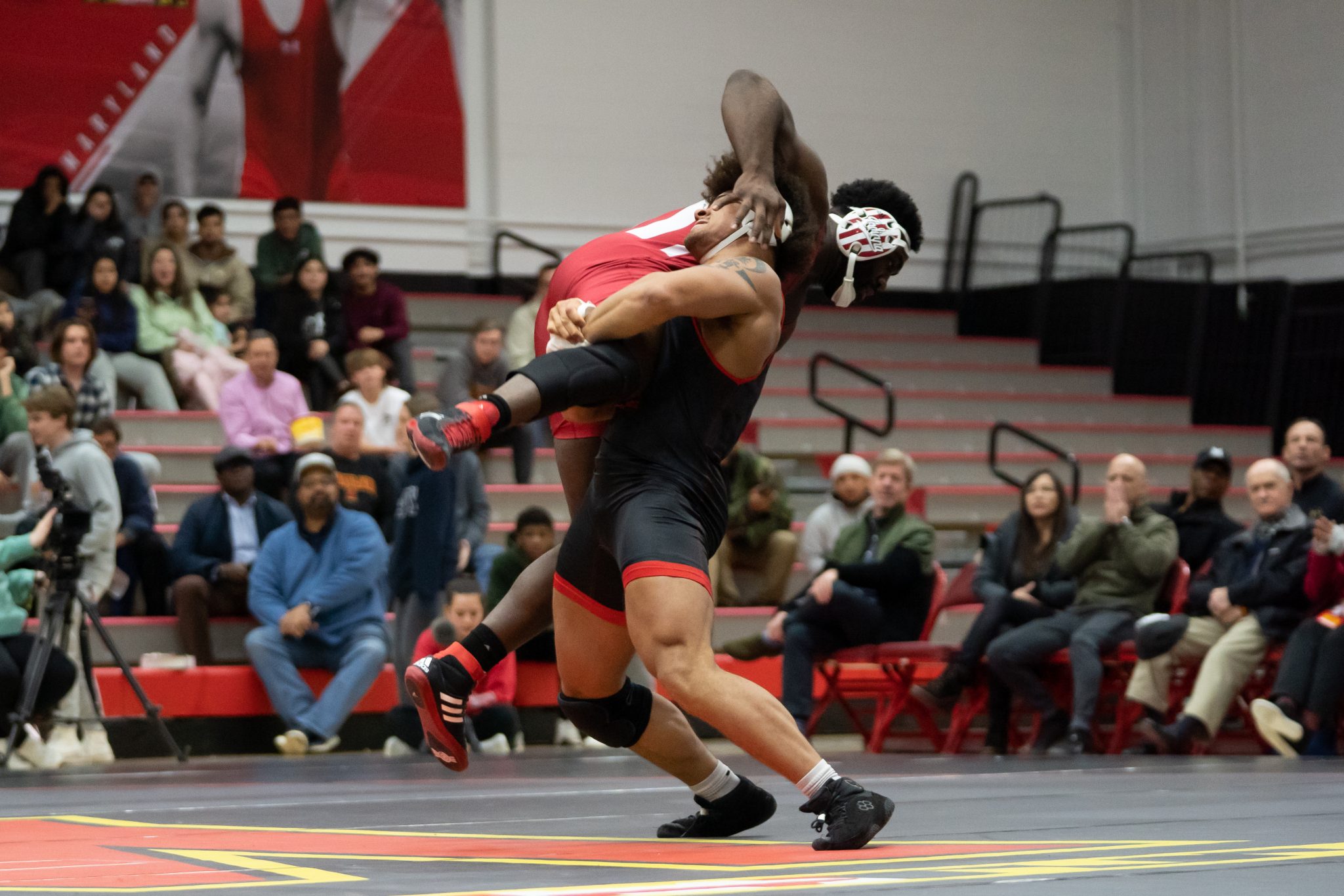 As Maryland wrestling took a 16-13 lead into the final bout of the match, Ethen Miller had the opportunity to close out a monumental victory for the Terps.

After an even first period, No. 33 Graham Rooks scored the final bout’s first point with an escape and a takedown in the second. Miller garnered an escape point late in the second, sending the bout to the third period with Miller trailing 3-1.

After an early escape in the third, Miller looked to have Rooks in a position for a takedown. But Rooks was able to score a takedown of his own, securing a 5-3 decision victory.

Miller wasn’t able to get the job done as Maryland lost on tie-breaking criteria to Indiana, 17-16, continuing its long conference winless drought despite an admirable fight. The loss marked the Terps’ first defeat of the season.

“That’s dual meets, right? It’s 10 matchups,” coach Alex Clemsen said. “We just didn’t do enough, and then one point, that’ll sting for a while.”

After Indiana’s Derek Gilcher converted an early takedown in the first period of the 157-pound bout, No. 33 Michael North was able to score an escape to make it 2-1 after the first period.

But in the second period, Gilcher took over.

Starting on bottom Gilcher was able to score an escape, and followed that with two takedowns. Gilcher conceded an escape in the third but was able to hold off late attacks from North to earn a 7-3 decision, giving Indiana an early 3-0 lead.

With John Martin Best next up at 165-pounds, Best and Tyler Lillard found themselves in an even bout after all three periods. Locked together with Lillard in sudden victory, Best scored a huge takedown to earn a 4-2 decision, tying the team score at 3-3.

After Dominic Solis dropped a 11-6 decision to No. 18 DJ Washington at 174-pounds and Chase Meilnik lost to Nick South by a 10-3 decision, Maryland looked to its two heavyweights for an answer.

No. 11 Jaxon Smith was in control early at 197-pounds. Smith was able to score two first period takedowns and added an escape point in the third period to earn a 5-3 decision victory.

No. 32 Jaron Smith followed with another decision victory for the Terps against No. 31 Jacob Bullock at heavyweight, knotting the team score at 9-9.

Smith and Bullock were deadlocked at 0-0 after two periods. Entering the third, Smith started in the down position, and after scoring an early escape, scored a massive takedown to take a 3-0 lead. Bullock answered with a takedown of his own, but Smith held on for the 3-2 decision win.

“I’m still not huge for the weight class, obviously, but I feel competent in strength wise, size wise,” Smith said.

As the lineup flipped back to the top, the Terps carried the momentum provided to them by Jaxon and Jaron Smith.

No. 26 Braxton Brown did not let up against Jacob Moran. Leading 3-0 after the first period, Brown scored an escape and a takedown in the second to push his advantage to 6-0. Hunting the first bonus points of the match for the Terps, Brown was able to do so.

In the third, Brown scored another takedown, and with over four minutes of riding time, secured a 9-0 major decision. The victory gave the Terps a 13-9 lead.

With two bouts remaining in the match, both Kal Miller and Ethen Miller had a chance to close it out for the Terps.

Kal Miller found himself in a hole against No. 33 Cayden Rooks at 141-pounds, trailing 4-3 after two periods. With time dwindling in the third, Miller was able to score an escape to send the bout into overtime.

“Wrestling is razor thin,” Clemsen said. “He continues to grow.”

With the Terps holding a three-point lead, it all came down to Ethen Miller. But as the final seconds drained from the clock in the third, the home team had come up just short, suffering their first loss of the season.