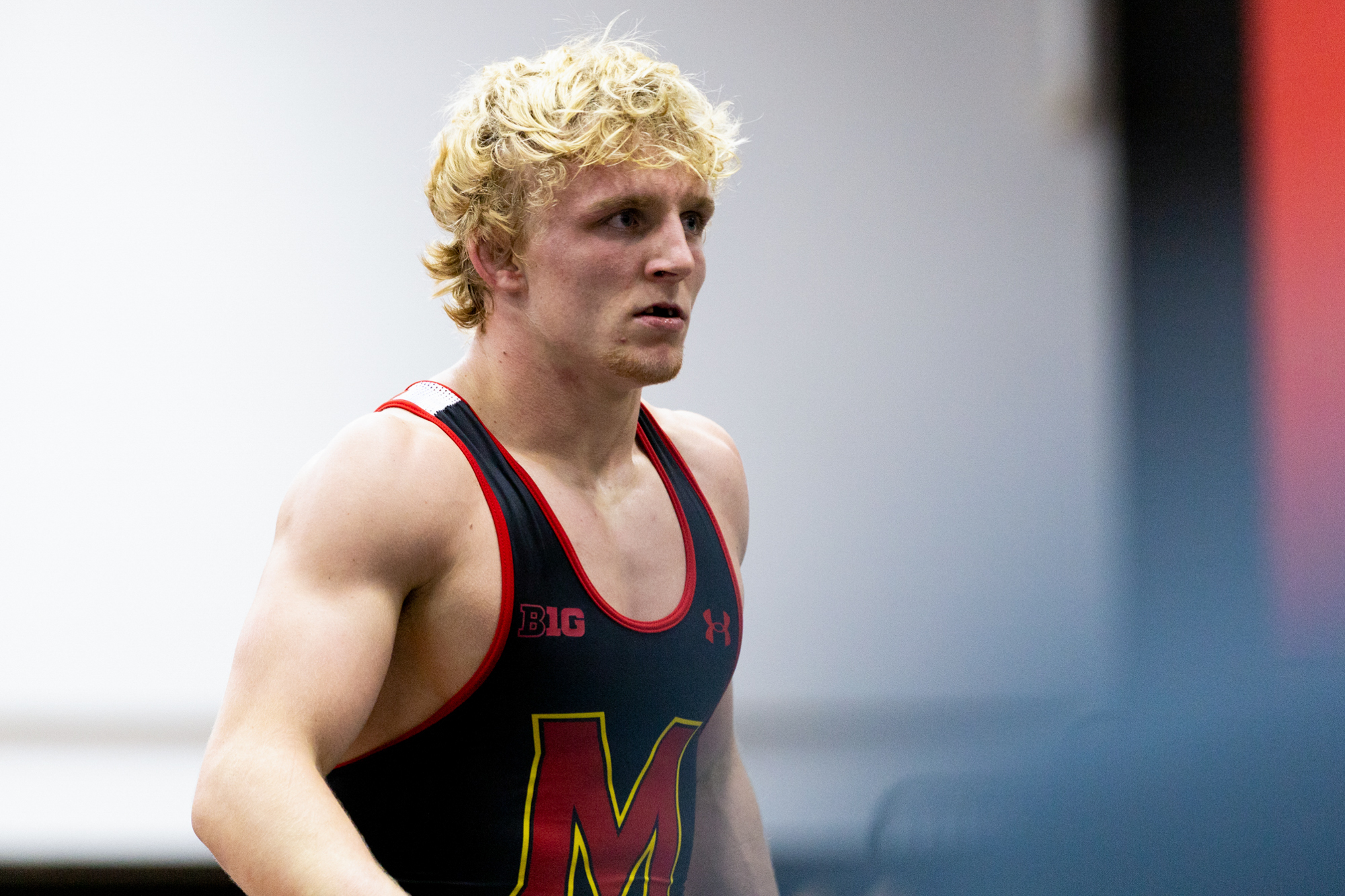 The 149-pound third-place bout at the 2023 Southern Scuffle went down to the wire.

Ethen Miller, the tournament’s No. 3 seed, had to battle back after only scoring two escapes.

He needed a big third period to overcome Stanford’s Jaden Abas, the tournament’s No. 1 seed. But two nearfall points and a second period escape by Abas bested Miller by a 3-2 decision in the third place bout.

The redshirt freshman’s podium finish was the highest placement by a Terp in Chattanooga, Tennessee. Three Terps earned medals as Maryland finished eight out of 21 teams with 58.5 total points.

They were led by Miller, who began his tournament with a dominating win by tech fall in his first bout. He then dropped his second bout of day one in a 5-4 decision after surrendering a late escape in the third period. But he became unbeatable as he worked his way through the consolation bracket.

“The boy he lost to, he should have been seeded,” coach Alex Clemsen said. “Good credit to Ethen for bouncing back … he went on a nice run and he beat some good kids all the way into the third place match.”

He secured a 16-0 tech fall victory in two periods and finished his first day with a 8-4 decision victory over Northern Colorado’s Chris Sandoval and a 10-2 major decision over Minnesota’s Theo Cha.

One more victory on day two would secure a medal placement for Miller. He earned it during a tight match against Northern Colorado’s Benji Alanis. Miller mustered an escape point in the second period, the only score for either wrestler through the first two frames.

At the start of the final period, he began on top of Alanis, riding him to accrue over a minute of riding time to secure the riding time point. Although Miller eventually gave up an escape, his 1:09 of riding time was enough to give him a 2-1 decision victory.

He then used a late takedown to get past Virginia’s Michael Gioffre by a 3-1 decision before losing to Abas.

“He completely outwrestled the boy from Stanford,” Clemsen said. “That’s not a knock to Abas or Stanford, we were the better wrestler … That’s frustrating for Ethen and our staff, but you feel for the kid when that happens.”

Redshirt freshman Jaxon Smith had a chance to match Miller in the 197-pound weight class. On the tournament’s first day, Smith won one of his bouts with a pin and secured a 6-0 shutout in the other. He finished Day One with a 3-2 win over Oklahoma State’s Surber.

But Day Two proved less kind as Smith was narrowly denied a spot in the final.

His match against No. 2 seed Lou Deprez went all the way to two tiebreaker rounds where Deprez edged out Smith by earning three seconds of riding time and pushing Maryland’s highest performer into the consolation bracket.

Braxton Brown’s tournament also ended with a medical forfeit but with the opposite outcome.

The No. 6 seed in the 125-pound weight class pinned his Round of 32 opponent in just 1:23 but ran into trouble in the Round of 16, dropping his bout by a 5-1 decision to fall in the consolation bracket.

Brown was unblemished Sunday in his final two bouts of Day One — with a first period tech fall and a 8-0 major decision. At the day’s conclusion, he was one victory away from guaranteeing a medal.

He started Day Two against Virginia Tech’s Cooper Flynn with an early takedown in the first period. He took a 2-0 lead and over two minutes of riding time into the third period, where he added two escapes to finish off a 5-2 decision victory.

One of the biggest and most surprising performers for the Terps was 184-pounder Chase Mielnik.

The sophomore entered the Southern Scuffle winless in his two individual bouts this season, a losing streak that continued in his Round of 32 bout with a 6-1 decision.

On Monday, Mielnik’s tournament ended when he was pinned by Oklahoma State’s Kyle Haas and failed to medal.

Ten of the Terps 14 wrestlers won at least one bout over the two day tournament. The Terps didn’t produce a champion, a feat Kyle Cochran achieved at last season’s Southern Scuffle, but did improve upon a 13th place team-finish from a season ago.

“You’re battle tested … the level changes when you enter Big Ten competition … the Big Ten is just different,” Clemsen said. “We’ll be ready for Big Ten wrestling, pretty sure about that.”