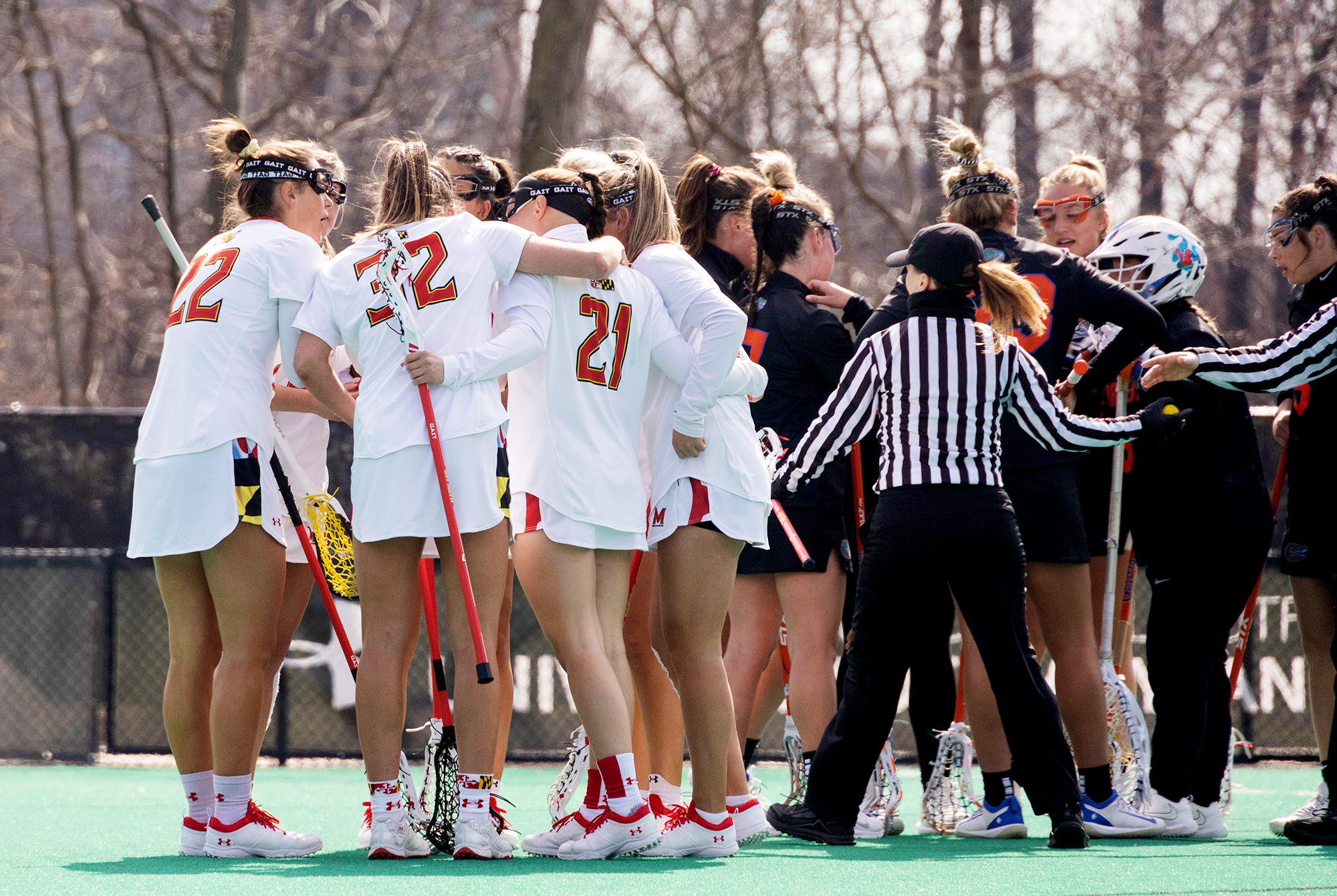 After finishing the 2022 season with its 12th Final Four appearance in 13 years the Maryland women’s lacrosse 2023 schedule is full of competitive matchups both in and out of the conference.

But before that, Maryland faces high-powered teams and familiar faces in nonconference play. The season-opener on Feb. 11 pits the Terps against St. Joseph’s, which is coached by a trio of former Maryland players: coach Alex Kahoe and assistants Caroline Steele and Grace Griffin.

That game, along with the rest of Maryland’s home games will be played at SECU Stadium while the Field Hockey and Lacrosse Complex is being renovated.

No. 3 Maryland will face its first top-10 opponent, No. 6 Syracuse and its star attacker Meaghan Tyrrell, on Feb. 17. Tyrrell, the only returning Tewaaraton finalist from 2022, finished last season with 78 goals, 33 assists and a 59.5 shooting percentage.

Bosco and Donovan, both transfers, will face their former teams later in the season with back-to-back games against Penn and No. 9 Princeton in March.

Coach Cathy Reese will also face her former team when the Terps play No. 11 Denver on March 5. Reese led Denver for three seasons before becoming Maryland’s head coach in 2007.

Maryland will compete against two other ranked teams in nonconference play, No. 8 Florida and No. 12 James Madison. Last season, the Terps beat the Gators twice: in the regular season and again in the NCAA quarterfinals. The Dukes, however, handed Maryland its only regular-season loss in 2022.

Other nonconference opponents include Drexel, William and Mary, Villanova and Georgetown.

Reese’s team hopes to replicate its conference success in 2023 after finishing 6-0 in the Big Ten last season. That journey starts at No. 10 Rutgers on March 18. Since joining the conference in 2015, the Terps have gone undefeated in all but one season.
Maryland will play No. 14 Michigan, No. 20 Johns Hopkins, Ohio State, and Penn State before closing out the regular season at a longtime rival, No. 4 Northwestern.

The Terps beat the Wildcats 15-9 to win a share of the Big Ten regular-season title in 2022 after losing to them three times in 2021. Maryland leads all meetings 18-10.

The Big Ten is expanding its lacrosse tournament to all seven teams in the conference in 2023. The first round will take place on the campus of the higher seed. The semifinals and final will take place in Columbus, Ohio.

Even after the graduation of three-time captain Griffin and leading scorer Aurora Cordingley, the 2023 Terps still have one of the strongest teams in the country. Six players were named to Inside Lacrosse’s list of the top 50 players, the most of any team in the nation. Reese also brings in the No. 1 freshman class in the country.