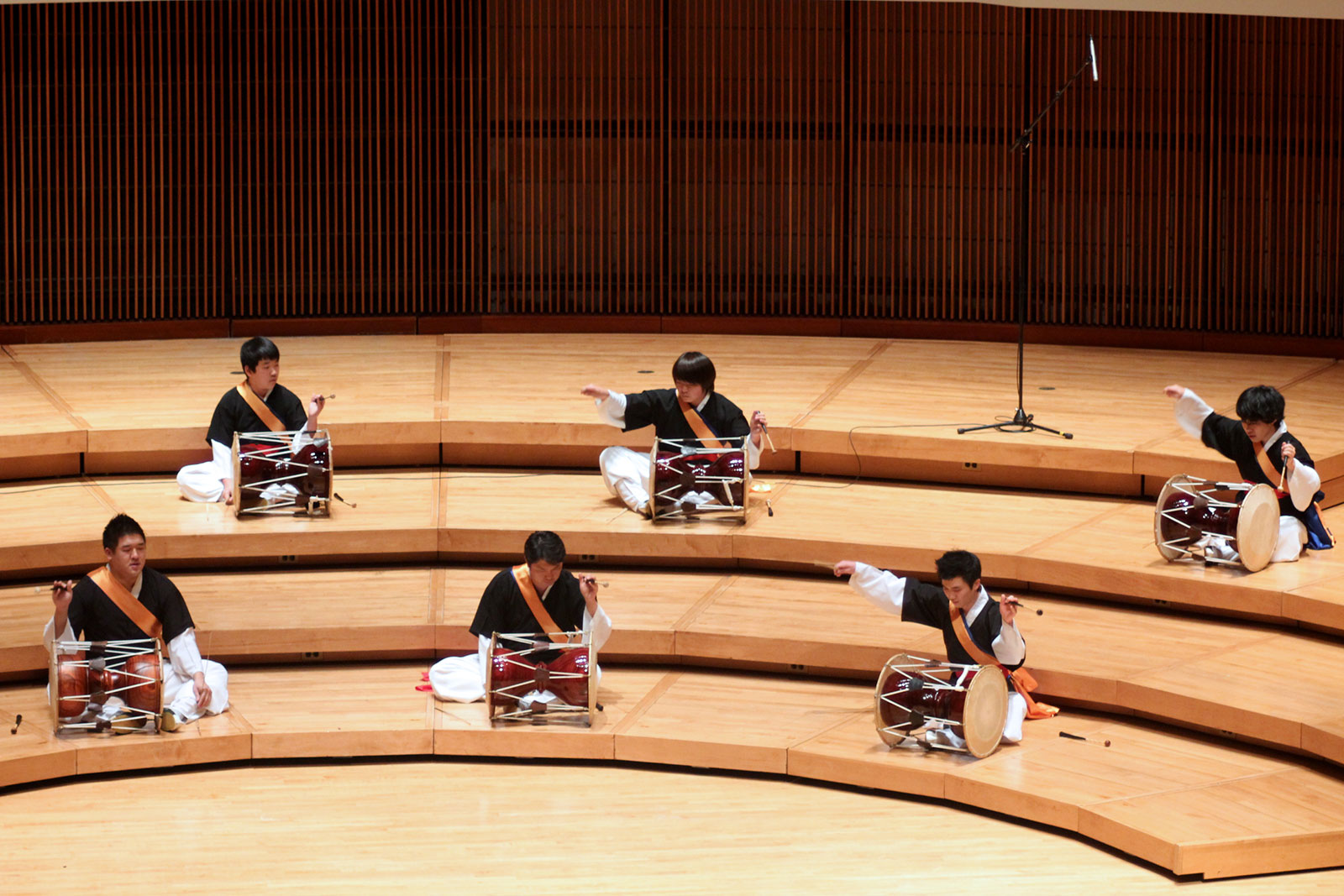 (Photo courtesy of the School of Music)

By Joseph Beck
For The Diamondback

Samulnori is based on an older genre of Korean music, known as nongak. It is one of the most popular forms of the traditional performing arts native to Korea. When it’s played, the performers incorporate a high level of energy to boost morale.

Four different percussion instruments are required to perform samulnori: the changgo, buk, jing and kkwaenggwari. The changgo is an hourglass-shaped drum, while the buk is a large, rounded bass drum. The jing is a large gong, and the kkwaenggwari is a small gong. The player of the kkwaenggwari is the leader of the ensemble, according to Sebastian Wang, director of the Korean Percussion Ensemble.

These instruments hold significant meaning in Korean tradition. Based on a Korean folktale, these instruments were gifted down from the heavens to humans. Each instrument represents an element of nature and the power those elements hold, Wang said.

“[Wang] took people from very different levels and was able to explain to them how to play these very different instruments,” Alexis Ayuketah, a junior neuroscience major who was part of the ensemble, said. “With instruments like these, at first, they just seem loud, but when you actually sit and listen to it, you can hear the different elements that each instrument represents.”

Rain was heard in the changgo. Low, rumbling clouds rolled in and out of the theater with the bass of the buk. Gusts of wind rushed through the audience each time the jing was struck. The kkwaenggwari brought in bolts of lightning.

“When you put [the instruments] all together, it creates a unique sound … In the folktale, it is represented as a unison of things — various parts to create a bigger thing — in this case, a storm or, specifically, a thunderstorm,” Wang said.

During the ensemble’s performance, the student performers and Wang interacted verbally with Korean terms. Wang explained to the audience that this is done to energize one another. He also encouraged the audience to participate in cheering on the performers, as it motivates them to continue playing.

Gavin Bunting, a senior fire protection engineering major, said the ensemble played well together, and he enjoyed seeing the performers cheer each other on.

“I really enjoyed their collective nature … everything was based off each other,” he said. “I loved how they hyped each other up, how they excited each other … It was very cool to hear a different type of music.”