Review: ‘It’s a Wonderful Binge’ is only a little funny 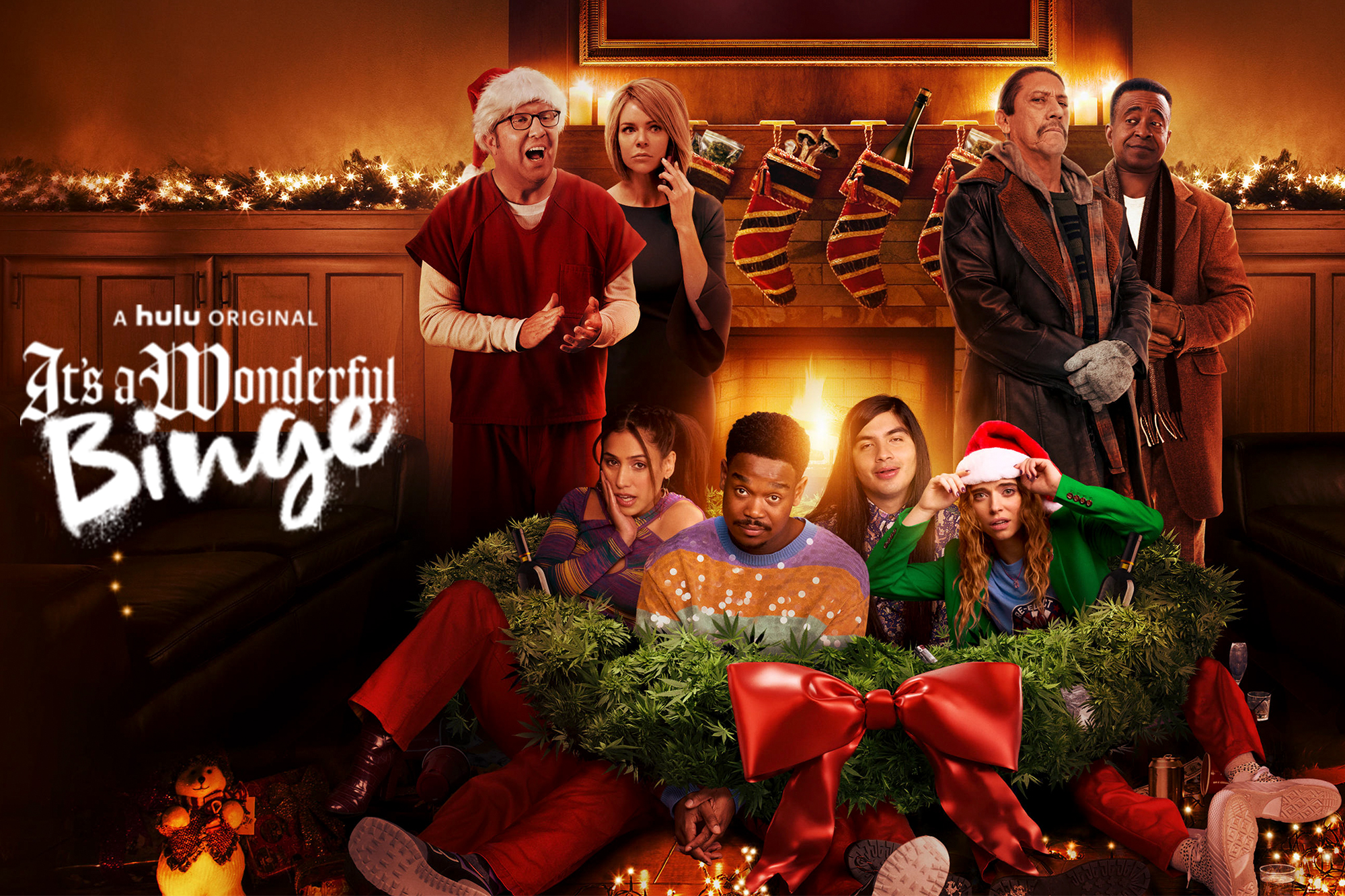 Imagine a world where drugs and alcohol are illegal except for one day of the year. Now imagine that one day is on Christmas.

That is pretty much the entire plot of Hulu’s new original holiday movie It’s a Wonderful Binge, a sequel to the 2020 movie The Binge.

If you wondered why that plot line sounds a little familiar, you are right. The movie is a comedic parody of the well-known movie franchise known as The Purge, in which all crime, including murder, is legal for 12 hours in an attempt to create a crime-free America for the rest of the year.

It’s a Wonderful Binge has a great cast including leads Dexter Darden and Eduardo Franco, and plenty of great side characters played by actors Kaitlin Olson, Danny Trejo and Patty Gugenheim.

Directed by Jordan VanDina, the movie focuses less on being a parody as much as the first did, and introduces more character development to the leads, as comedic sequels often mistakenly do. It is hard to introduce a sequel to a parody movie and make a plot worth following, but I felt this would’ve been the right move if the film had more well-landed jokes.

The film follows Hags, played by Darden, and Andrew, played by Franco, on their binge experience on Christmas, both faced with personal woes that make their journeys separate but aligned.

While Hags tries to get his girlfriend’s family approval to propose to her, Andrew feels unwelcomed by his family and goes out alone on Christmas Eve. The two end up bingeing on their separate journeys until they accidentally meet up at the same place.

The “villain” of the film discourages bingeing on the one day it’s legal. In this sequel, the town’s mayor, played by Olson, hosts an event to celebrate family and the “true” meaning of Christmas, which obviously does not include bingeing. And, having someone discouraging the bingeing makes people want to do it more.

While the film has the groundwork to be a great comedic holiday film, there just aren’t enough good jokes. Many jokes are great, and I found myself audibly laughing at the fantastic work from the side characters who helped advance the plotlines for Andrew and Hags. However, the work from the leads themselves was disappointing because I felt their script was too focused on developing their characters rather than hitting the punch lines.

Jokes aside, the film is pretty nice to look at. It really looked like a Hallmark movie on drugs, with bright colors everywhere all the time and a very “in-this-universe-but-also-not” feel to it. The film is also so unexplainable at so many moments it just feels normal toward the end.

If you’re looking for a funny holiday film to put on in the background and tune in for the jokes, this is that movie. It is not worth much more of an attention span, and next season I’ll skip rewatching this and watch Elf instead.