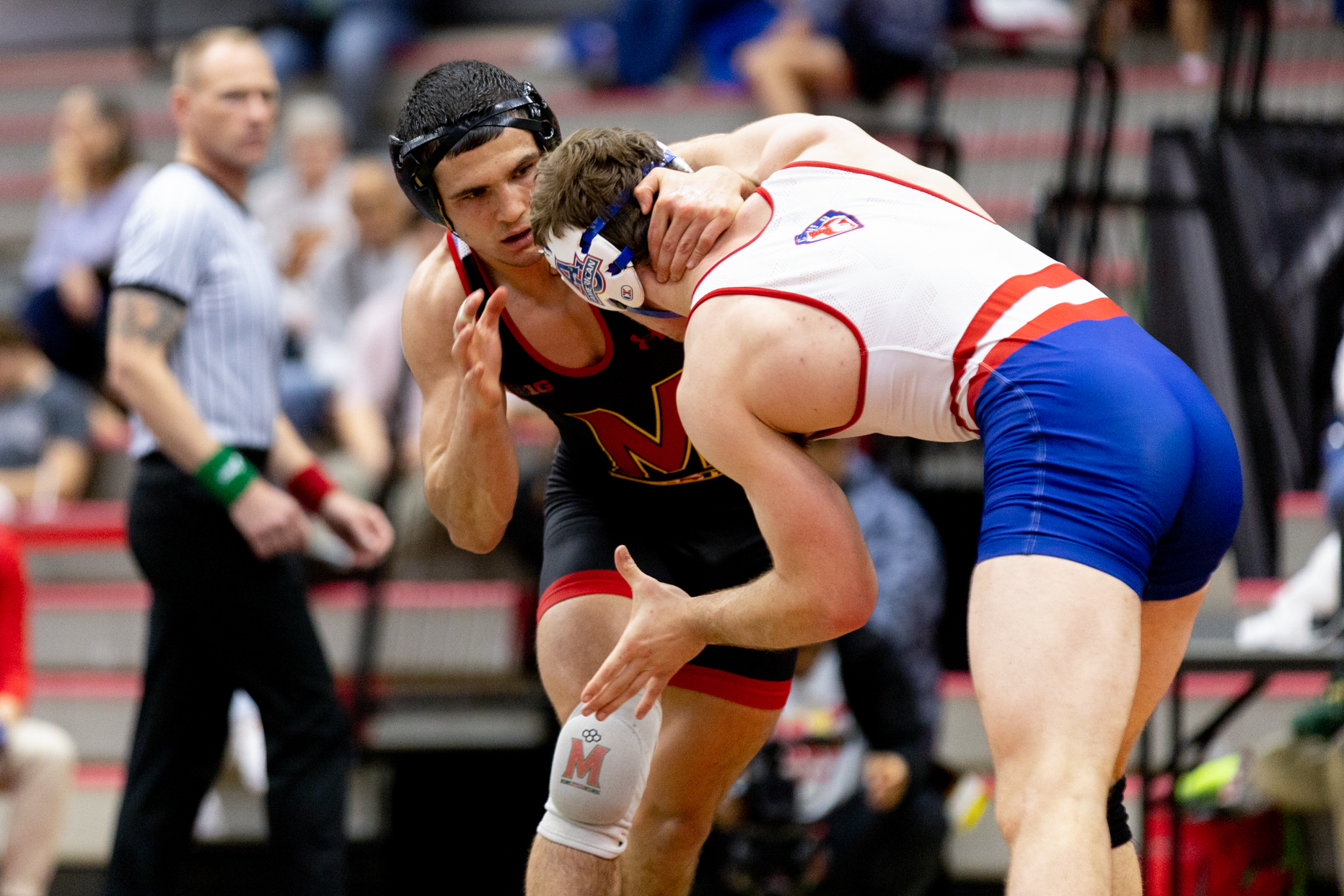 Maryland wrestling’s Dominic Solis was a two-sport athlete during his time at McDonogh School. In the fall, he would put on the pads and compete as a defensive end on the football team and in the winter, he would switch from the gridiron to the wrestling mat.

But something from football season compared to wrestling season was different for Solis. After swapping his football pads for a wrestling singlet at Maryland, Solis found himself as the “flagbearer” of the Terps’ program.

While playing football, Solis was a part of a team environment. As a defensive end, he had to rely on his teammates to make a tackle or a big hit. But while wrestling, Solis is on his own, something he has embraced from his time at McDonogh to now at Maryland.

“When I’m out on the mat by myself, it’s only me out there,” Solis said. “You can make excuses that the coaches maybe messed up and tell you to take bottom when you should have went neutral, but mostly, it’s you out there.” Solis is coming off of his best season for the Terps. Last season, he was a seventh place finisher at the Big Ten Championships and was a NCAA qualifier.

Now, Solis is leading No. 23 Maryland into the heart of its season, both on and off of the mat.

Solis is one of Maryland wrestling’s undisputed captains, even though it’s only his third season as a Terp. His decision making and work ethic has caught the attention of Clemsen, who relies on him to come up big for the team.

The newly ranked Terps appear in the NWCA Coaches Poll for the first time since 2013 in large part due to their upset win of then-No. 16 Pittsburgh and 4-0 start to the season. Solis has led the team the entire way.

Solis is 4-0 in his individual bouts this season, including a thrilling 3-1 sudden victory decision over Luca Augustine that helped the Terps top the Panthers.

“Going into overtime … I kind of just shucked [Augustine] by a little bit, and then able to get to a double and it was just like, ‘Holy crap, I just won!’” Solis said.

But the victory came as no surprise for Clemsen. Close victories are something captains need to pull out for their teammates, and it is no different for Solis.

“[Solis is] our captain, and when you’re the captain, you should be built for moments like that,” Clemsen said. “Just another example of why we believe in him so much and why we choose him to be the flagbearer for the standard of our program.”