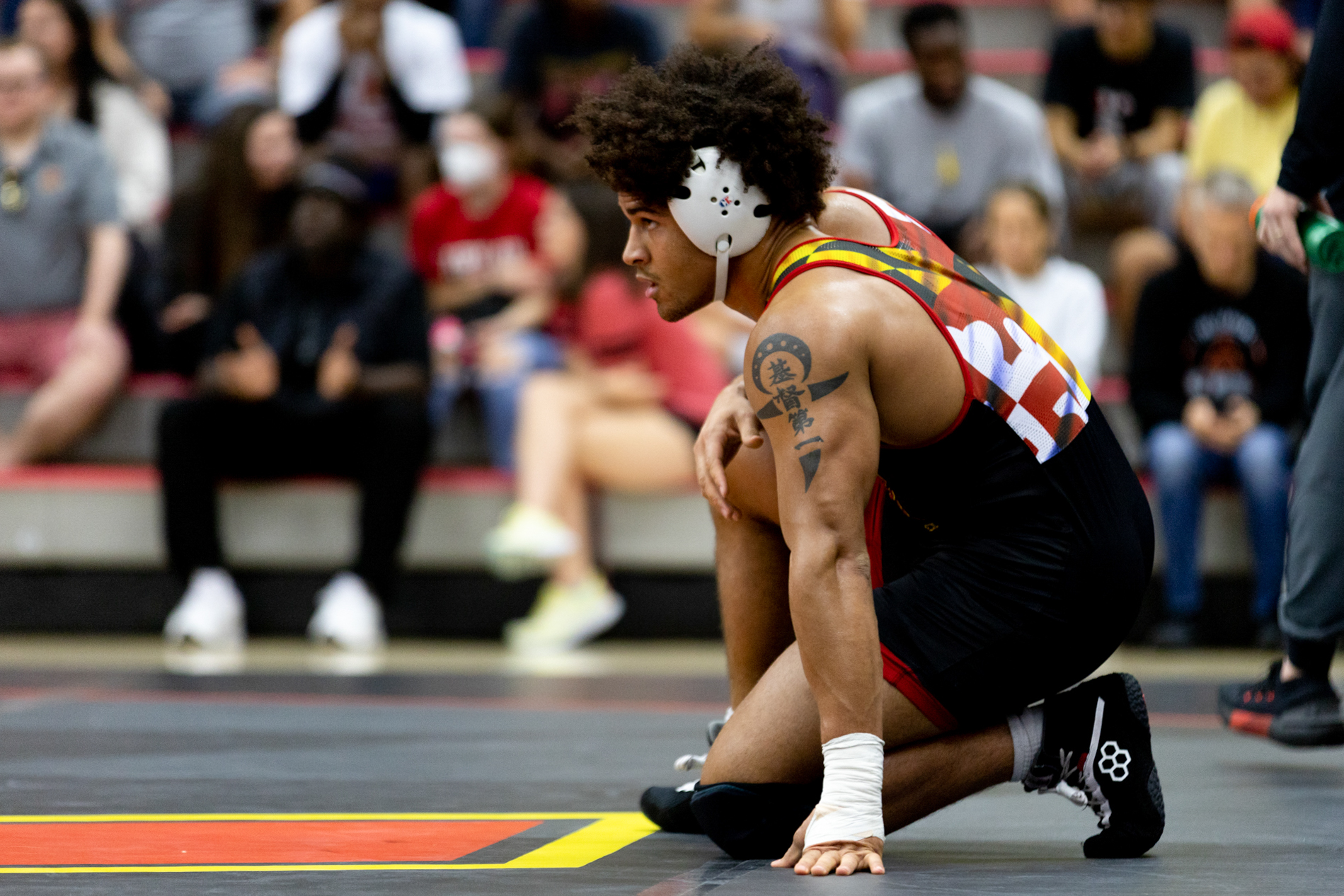 With only a limited number of bouts in a match, one small mistake can be the difference between winning and losing.

Maryland wrestling has typically found itself on the wrong side of these outcomes. The Terps dropped six matches decided by 20 points or less over the last two seasons. If a few individual contests went the Terps’ way, those decisions could have been turned in their favor.

Decisions went Maryland’s way Friday, as the team wrestled a complete three periods and maximized the bonus points they gained and allowed. That helped the Terps finally pull out a close victory, beating No. 17 Pittsburgh, 18-16.

“We talk about this all the time,” coach Alex Clemsen said. “If you’re willing to give maximum effort and go to your full potential, that good things happen.”

The Terps got those extra tallies immediately Friday with a pin by No. 26 Braxton Brown. Brown trailed 4-1 in the second period of the opening bout of the match at 125-pounds, but flipped Pittsburgh’s Colton Camacho onto his back with a quick reversal to secure six quick points.

The Terps never faltered after getting the early lead.

“We’re putting in the hard work, and then we just need to expect to win,” Jaron Smith said. “The only people that didn’t expect us to win are the people that haven’t seen how hard we’re training.”

Brown was the only Terp to earn bonus points in an individual bout, but only Lucas Cordio gave up bonus points by losing his bout by a major decision. That kept the match even and Clemsen’s squad in contention.

Maryland showed its grit by wrestling well through three-period matches and sometimes even an extra sudden victory round.

At 157 pounds, Michael North found himself in early trouble against No. 11 Dazjon Casto.

Casto came out fast, scoring multiple takedowns on North to lead 7-3 after two periods. But in the second and third periods, North was able to ride the top of Casto, picking up valuable riding time and forcing stalling calls.“I knew that I could outwrestle the kid,” North said. “Just kept pushing until he would break.”

North turned his bout around in a wild third period, using two stall points and the riding time point to force an extra frame. The extra period was all Maryland as North scored the decisive takedown to battle and earned a key sudden victory decision.

“Happy to see that one fall our way,” Clemsen said.

But the Terps’ extra-period drama continued.

No. 32 Dominic Solis was in an even bout with Pittsburgh’s Luca Augustine. He could only muster an escape point that was matched by an Augustine escape through the first three periods. Neither of the two could score a takedown, bringing the bout to a decisive extra period.

Similar to North, the extra period was Solis’.

Another decisive takedown in sudden victory by Solis at 174-pounds set up the back-end of the Maryland lineup to wrap up the upset, which Smith did in the winner-take-all heavyweight bout.

While the win came along the margins, it had a massive effect on Maryland’s confidence as it prepares for a rugged Big Ten schedule.

“I’m more invested into the program,” North said. “We’re training as hard as we’ve ever trained before, and I’ve just been pushing myself in the room and doing everything right.”