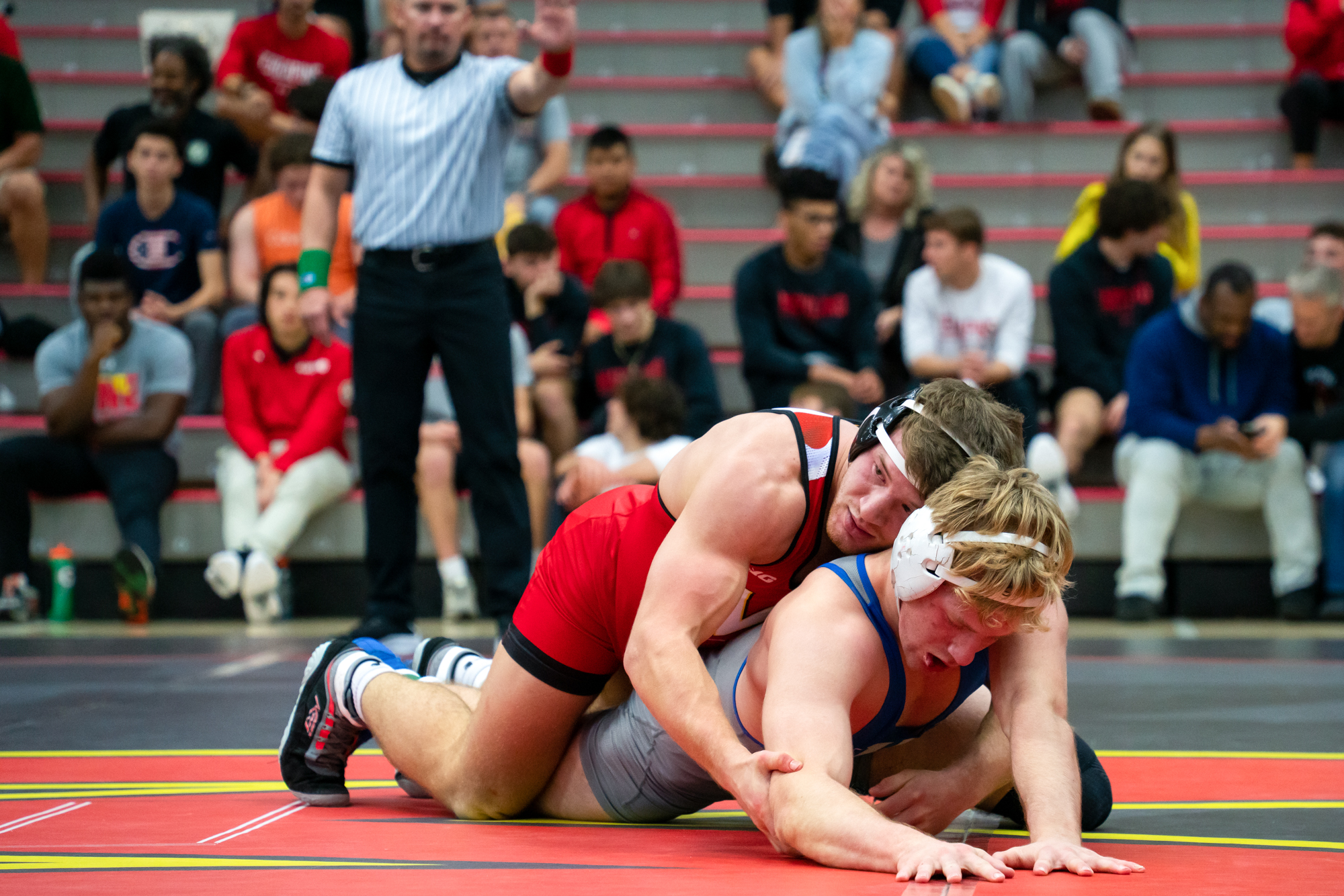 When Michael North arrived on the campus for his freshman year in 2019, he immediately became Maryland wrestling’s go-to in the 149-pound weight class.

In his first season wearing the Maryland singlet, North finished with 17 wins, good enough for third highest on the team. North also had team highs in pins and wins by tech fall, with seven and three each, respectively.

After a truncated second season where North missed about six weeks due to a foot injury, he returned for the latter part of the Terps’ 2020-2021 season. North took his redshirt year as a sophomore and returned as a redshirt sophomore for the entire 2021-2022 season.

Not reaching the same levels of success as he did as a freshman, North did pick up a few individual wins. He won in two of Maryland’s Big Ten duals from a season ago, grabbing individual wins against Wisconsin and Michigan State at 149-pounds.

As his redshirt junior season gets underway, North is thriving again — albeit in a different weight class.

With the arrivals of 141-pounder Kal Miller and 149-pounder Ethen Miller, a plethora of talent was available for coach Alex Clemsen in the middle of the lineup. With Ethen Miller coming off of his redshirt season and Clemsen deciding to start Kal Miller as a true freshman, a decision had to be made.

North could stay in the 149-pound weight class and battle with Ethen Miller, or he could make the jump to be a 157-pounder.

He took the jump.

To move up a weight class, North needed to do extra work before the season, starting with finding an eating plan and continuing frequent exercise.

“I was talking to a dietitian, eating a lot more calories,” North said. “Making sure that there’s protein in every meal that I have, not too much though. Increasing lifts, which I would have to work on cardio a little bit more to keep the weight from getting a hold of me. Just got to keep the stamina up.”

Although early in the season, making the switch to the next weight class is already paying dividends. North racked up three individual bout victories in the Terps’ opening weekend quad-meet. He was able to win two bouts by decision against Bloomsburg and American, and he picked up his first pin of the season against Duke.

“We want to get our best 10 guys in the lineup” Clemsen said. “He’s not going to be the biggest 57 pounder. But if he eats for fuel and does his extra lifts … he’s gonna feel good.”

At the Tiger Style Invite, North picked up two victories, one by decision and one major decision, to send him to the final for the 157-pound weight class. In the finals, North would go up against then-No. 16 Jarrett Jacques of Missouri, where he fell by a 6-2 decision.

With a second place finish fresh in his mind, North’s next test will be against probable starter No. 11 Dazjon Casto when Maryland faces off against the No. 16 Pittsburgh on Friday.

‘They’re definitely some bigger guys than me,” North said. “But, I mean, I’m going to keep grinding and keep trusting.”