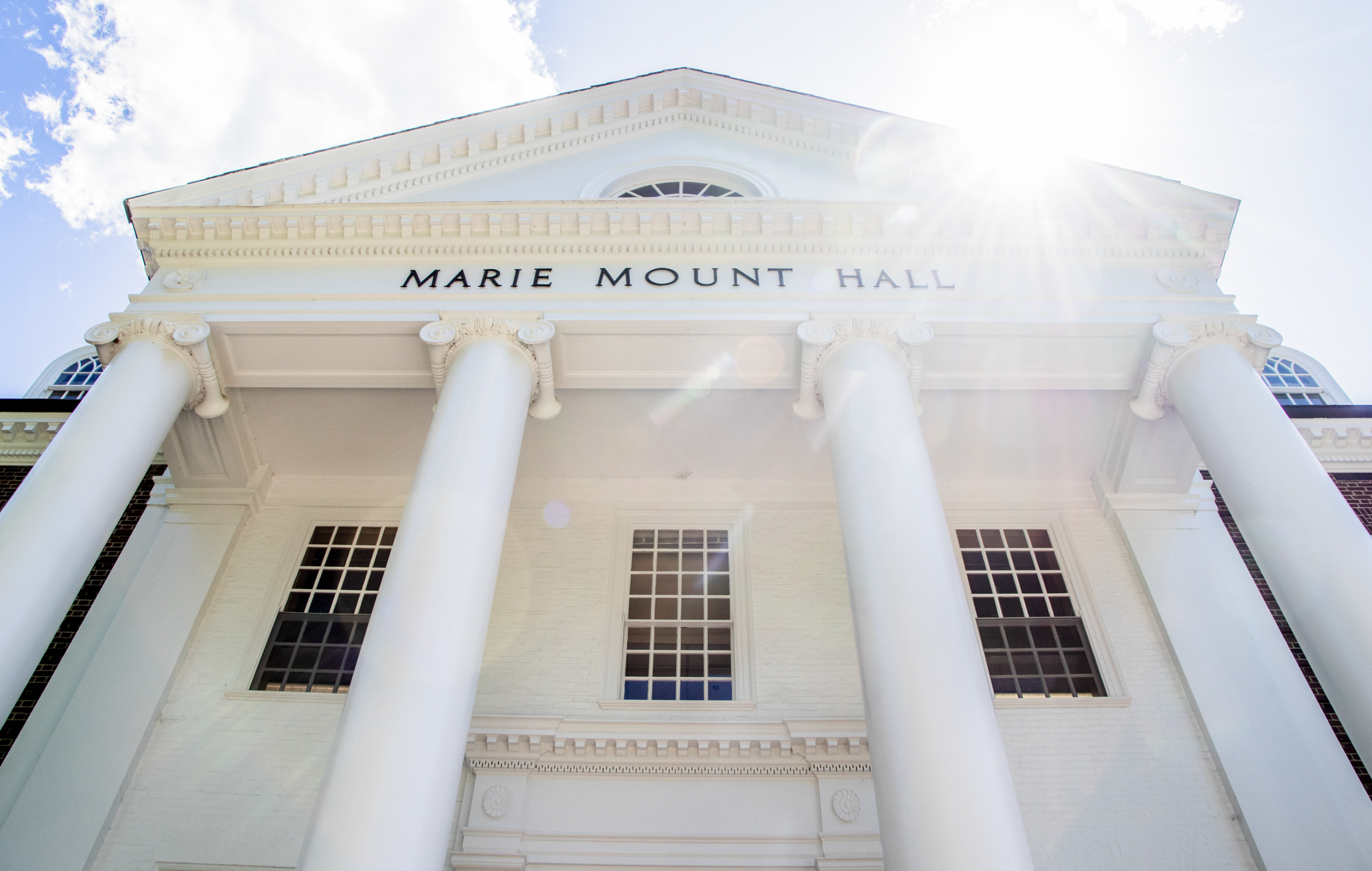 Marie Mount Hall, home to the University Senate on May 4, 2020. (Julia Nikhinson/The Diamondback)

The University of Maryland Senate approved the creation of two post-baccalaureate degree programs in climate policy and hearing and speech sciences Wednesday.

The University of Maryland’s public policy school proposed the post-baccalaureate certificate program in climate policy and action early last month. The purpose of the program is to “assess, design, and implement effective strategies and actions” to combat climate and build resilience to its effects, according to the proposal.

The proposal passed with 105 voting in favor, zero voting in opposition and four senators abstaining.

The 12-credit program will be offered both online and in person, the proposal said, like the public policy school’s other graduate certificate programs. Students will be required to take four three-credit courses.

The certificate is expected to attract a multitude of students from “mid-career professionals” in the field to current graduate students studying in the public policy or STEM-related programs.

One hundred and nine senators voted to pass the proposal, one voted against it and one abstained.

[At UMD golf course, researchers and environmentalists find a place alongside golfer]

The degree would serve as an “exit” for students who decide to unenroll from the department’s doctoral degree in clinical audiology or doctor of philosophy in hearing and speech sciences, according to the proposal.

The graduate school at this university recommended the school “create a pathway” for students who decide to unenroll from those doctorate programs, so they do not leave this university without a degree.

Students are required to take 36 credits for the new master’s degree, which is exclusive to students who unenroll from one of the doctorate programs. Courses taken for the doctorate will count toward the credit requirement.

The new policy, crafted by the senate’s academic procedures and standards committee, will explicitly include mentions of mental health in the events that would qualify for an excused absence.

In the policy, the committee also recommended the university give faculty resources on improving the experience of students facing mental health issues and examine the effects of creating a potential fall break or mental health days.

The measure passed with 109 votes in favor, nine votes in opposition and seven senators abstaining.

M Pease, a first year doctoral student in counseling psychology and the original author of the excused absence bill, said though the proposed changes are largely symbolic, they can still have a positive effect.

“I implore those here with teaching roles … to still look inward and look at your courses and really ask yourself if this is the way things have to be,” Pease said. “Or if there [are] tangible ways that you can extend compassion and empathy to create safe and accessible and inclusive learning environments.”