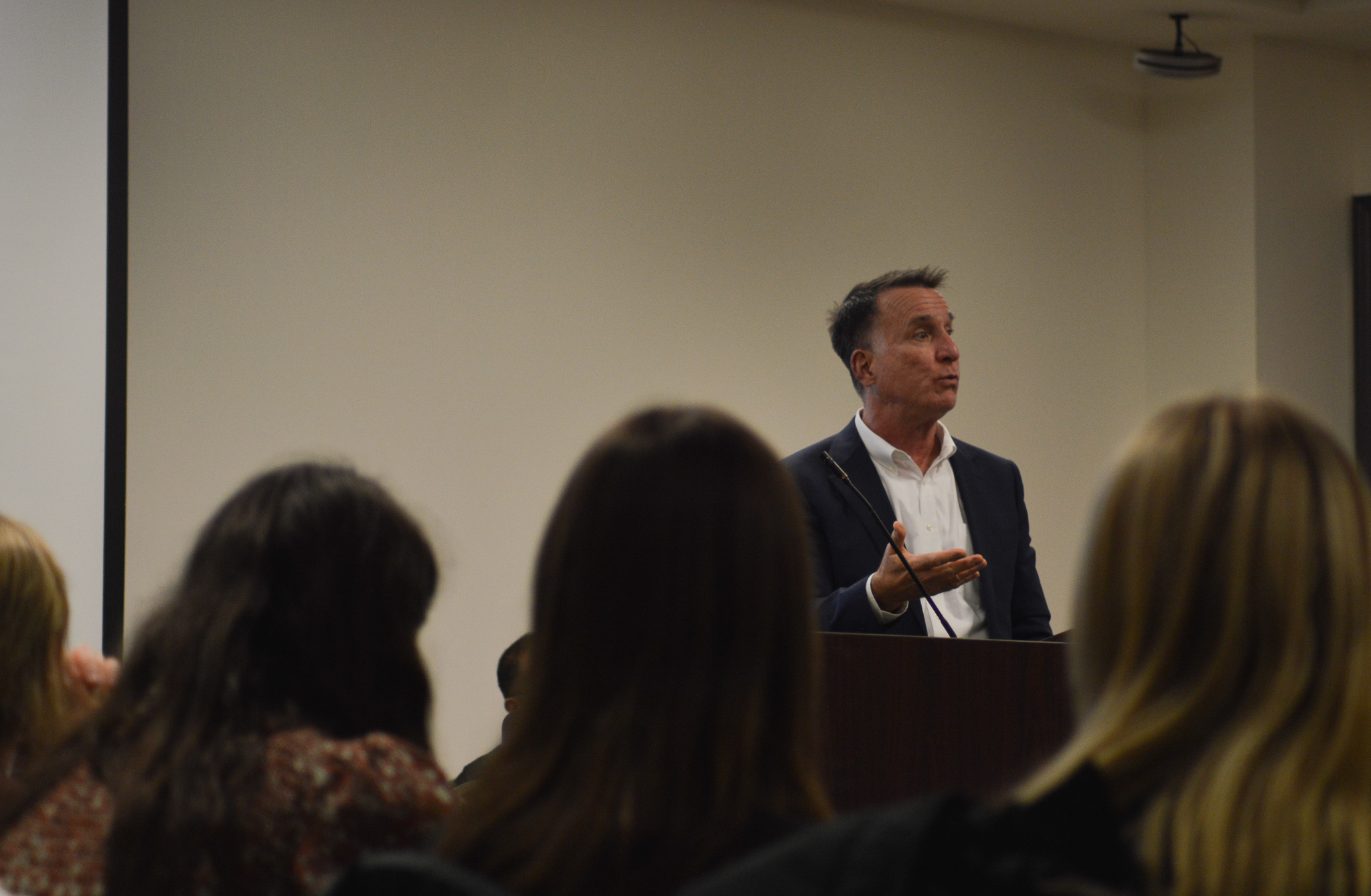 Jack Blanchard, the associate provost for Enterprise Resource Planning, presents information relating to the Elevate Program to the Student Government Association during a General Body Meeting on Nov. 30, 2022. Elevate will begin to be implemented this upcoming July in an effort to modernize this university's administrative systems, transitioning human resources, finance and student information systems to a cloud-based program. (Giuseppe LoPiccolo/The Diamondback)

The University of Maryland enterprise resource planning associate provost Jack Blanchard spoke with the SGA Wednesday about the Elevate Program — the university’s transition to a cloud-based administrative system.

Blanchard, who is the academic director of the Master of Professional Studies in clinical psychological science program at this university, said the first phase of the new system is expected to go live in July 2023.

The enterprise resource planning system includes three main elements: human resources, finance and student information. Blanchard explained they are not all integrated into the same platform.

Workday — the new, cloud-based platform selected by this university in 2020 — would integrate all of these elements into one system, making them easier for students and faculty to navigate.

“[The] problem is that some of these systems are older than [students] are,” Blanchard said. “They are beyond their life expectancy.”

[UMD RHA votes in support of increasing room, board fees]

Systems that will be replaced include Kuali Finance, Testudo and the Payroll & Human Resources system.

The full implementation process of Workday will take at least five and a half years. This summer, the human resources and finance elements will be rolled out. The student information module, which will replace Testudo, is expected to be fully implemented in fall 2026.

Between now and then, Blanchard and others working on the initiative will continue to test Workday, hold stakeholder interviews as well as meetings to gather staff and student input and conduct trainings on the new program.

Testudo currently has limits on when students can use some of its services, including degree audits and viewing their schedules and transcripts.

Students and faculty will be able to pick subcategories of racial groups and provide more options for gender, pronouns and sexual orientation on Workday, according to Blanchard.

“The advantage of this is now, the university has information about all the constituencies that they need to serve … so that we can, again, better serve [students] rather than being unclear who’s on campus,” Blanchard said.

Adrianna Giuliani, a junior government and politics major and behavioral and social sciences college representative, asked Blanchard if students should be prepared to experience technical difficulties in the transition between platforms.

Students will not be extremely impacted by this cutover because it will be happening during the summer, Blanchard said.

“It’s really good that they’re doing [the transition] in July so we can kind of reduce that … speed bump, between constituents and them trying to adjust,” Giuliani said.

Aside from the administrative work, Pensy hopes to bring something new to the role.

“[I’m] also just going to make sure that the legislators feel comfortable in the legislature and are doing things that they’re passionate about,” she said.