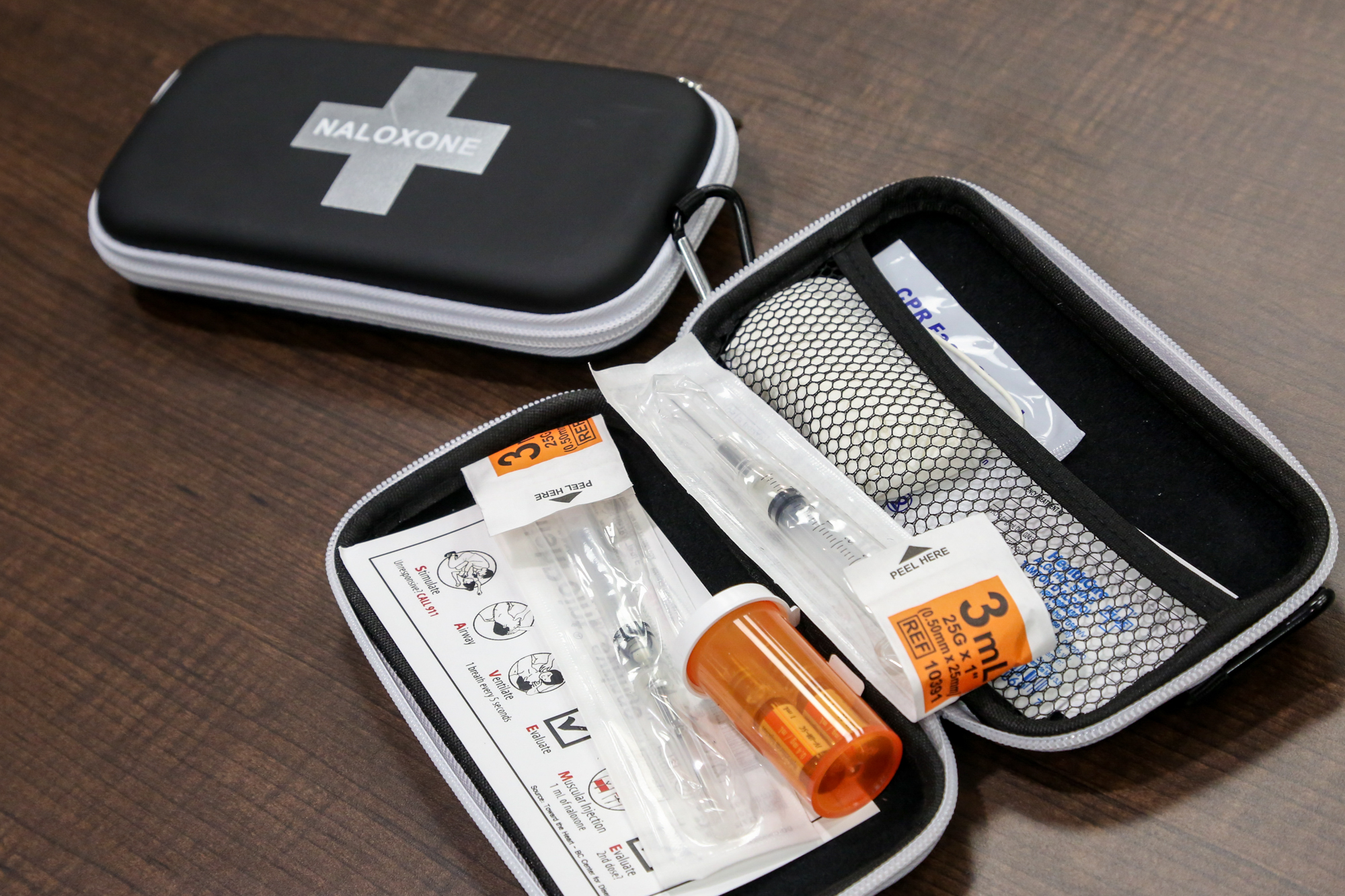 A naloxone kit as distributed in New Brunswick, Canada. (Photo via Wikimedia Commons)

In its mission statement, the University of Maryland promises to “address challenges and policy issues critical to the state, nation, and world.” Thus, this university exists to create the great problem-solvers of tomorrow and is obligated to use its resources to better society.

Now, it must use its ability to step up to face one of the most significant challenges of our time: the opioid crisis. This crisis has silently destroyed countless families, communities and livelihoods. Additionally, opioid overdose deaths rank among Maryland’s top four causes of death. To support some of our most vulnerable communities and peers, this university needs to mandate Naloxone training for all students.

Naloxone, also known colloquially as Narcan, is an opioid antagonist that displaces opiates from the brain, effectively reversing an overdose. Naloxone is safe, effective, inexpensive and easy to administer, but remains inaccessible to many victims of the opioid crisis. When one-third of opioid overdoses occur near a bystander, why should we not do everything in our power to stop tens of thousands of preventable deaths?

While mandatory Naloxone training for everyone may seem like a steep ask for this university, the infrastructure is already in place. In fact, the University Health Center already provides free training and free Naloxone. Additionally, unlike CPR training, Naloxone training takes only an hour.

Personally, I have spent countless hours doing much more unproductive work than learning how to save a life. This university is already well ahead of the curve in terms of access to Naloxone simply by providing it for free.

In 2017 alone, the total amount of fatal opioid overdoses cost Maryland $23 billion. With evidence that effective Naloxone distribution programs can reduce overdose-related mortality, there is no economic reason to avoid widespread Naloxone training and distribution.

While some may contend that it is not their responsibility to engage with potential addicts where the government fails to do so, that line of thinking obfuscates the truth about addiction. While, yes, an individualistically-oriented solution to the opioid crisis would not be comprehensive enough to solve everything — nor should we expect it to — it would signal treating addiction as a health affliction instead of a criminal offense at the university level, breaking the dehumanizing stigma that addicts often face.

Furthermore, the pernicious idea that opioid addicts are somehow disconnected or intrinsically different from non-addicts plays into that stigma and makes people suffer in silence.

One in three Americans knows someone who suffers from opioid addiction, so it is far from improbable that someone you know is battling addiction. Three million U.S. citizens (roughly one out of every 100 people) suffer from opioid use disorder. The people addicted to opioids aren’t monsters; they’re veterans, expecting mothers, car crash survivors and people grieving their lost children. But even if they weren’t any of these things, above all else, they are still human.

When police are required to carry Naloxone but are often not called in overdose emergencies due to police distrust, it proves that many of our systems have failed our loved ones and communities time and time again to their last breath.

Even if you or I never have to personally administer Naloxone to a person overdosing on opioids, taking an hour out of our time at this university to ensure that we can help form an on-the-ground movement to combat this epidemic is well worth the effort and any potential costs.

Currently, almost 27,000 lives have been saved with Naloxone. If even one more were saved through a mandatory training program, it would be considered a massive success. This university should utilize its existing resources and take a step forward by phasing in Naloxone training for every student. The opioid crisis is undoubtedly an issue “critical to the state, nation, and world”. While we Terrapins continue to fight for systemic change at the political level, we can protect our fellow Marylanders from the clutches of opioid addiction with nothing more than a single hour.