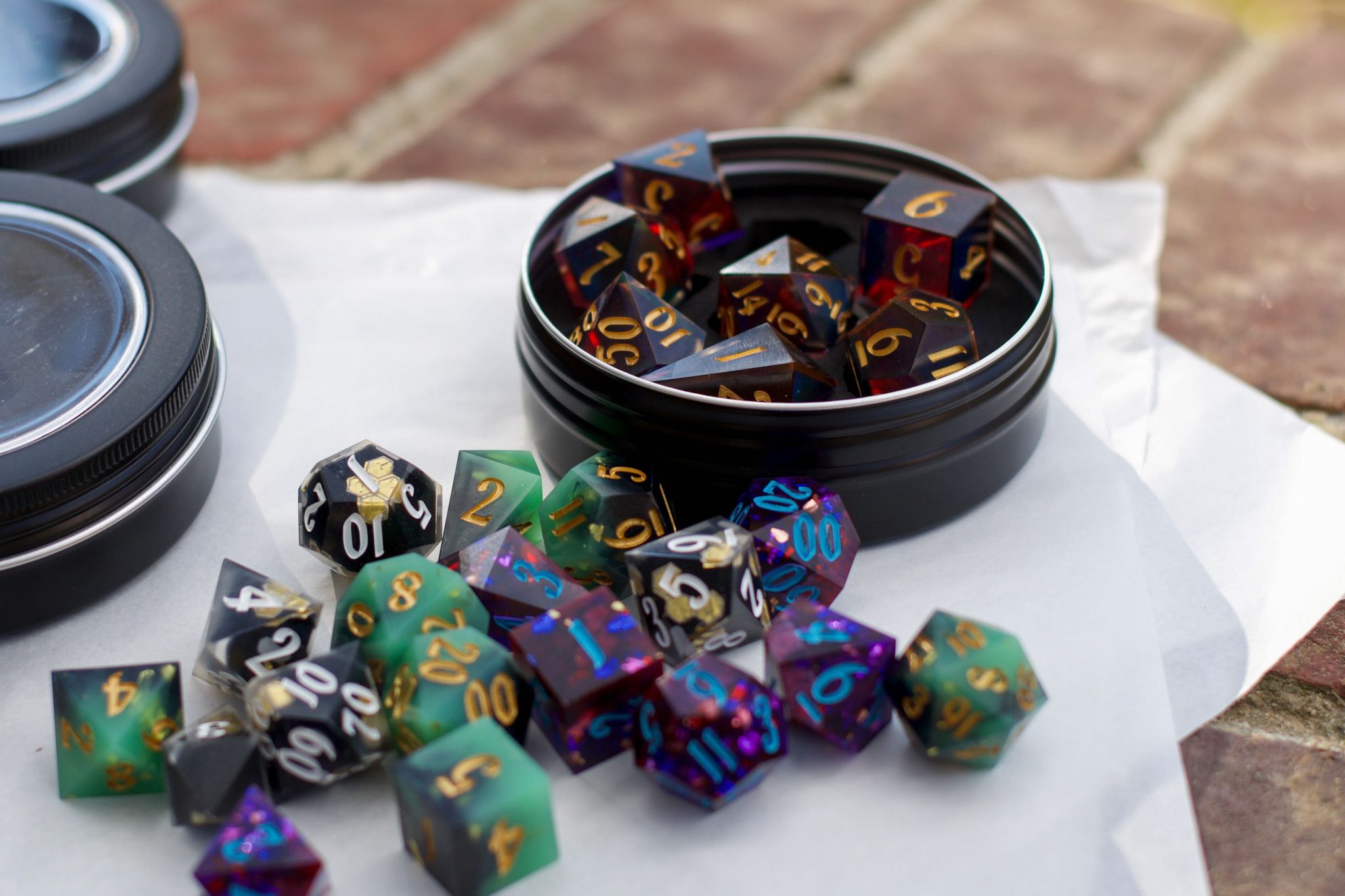 By Lauren Bentley
For The Diamondback

University of Maryland senior Tessa Schwartz started her dice business, AsseT Dungeoneering, with the experience of only a single business class and an interest in ceramics.

Shortly after her introduction to Dungeons & Dragons, she became addicted to dice. Buying six pairs within her first week of playing, Schwartz quickly realized the costs would eventually add up. She decided making her own dice was the cheapest option available.

“I figured I’d kind of get the general gist of it and I’ll wing it from there,” the animal sciences major said.

However, materials and resources required to make the dice were still very costly.

“It turned out to be a lot more money than I thought it would be, and it quickly grew,” Schwartz said.

After learning how to make a few sets, alongside a few failures, Schwartz finally had the right method. As soon as she figured out her process, she started selling the dice.

“As I was selling them as well, I just started to tweak it to make it better,” Schwartz said.

Once she became fully confident in the process, the idea of starting her own business seemed plausible.

Three years after its launch in 2019, AsseT Dungeoneering became licensed. Schwartz supports herself through the business and manages it independently.

Aside from making money, Schwartz’s shop got her out of her comfort zone.

“It’s also helped me come out a little bit more in terms of being more of a people person, in order to be able to put my brand out there,” Schwartz said.

Although Schwartz had never made dice before starting her business, she had always been artistic. She specifically loved ceramics, and creating the dice reminded her of that art form.

“This kind of brought me back to that moment where I could actually be at a turntable and start sanding and shaping the way I wanted to,” Schwartz said.

For one customer, this creativity is the most notable aspect of the dice.

“They are very unique,” Serghei Drozdov said. “Once I found out about the shop, I was just looking around out of interest and then found some dice sets that I did actually enjoy.”

Schwartz’s “Hot Tea” dice were Drozdov’s first custom dice purchase. While there are many cool custom dice, few appealed to him, Drozdov said. He considers dice-making a form of art, with Schwartz’s dice specifically speaking to him.

Onyx Danois is also a frequent customer and has bought nine sets of dice. The individuality is what initially stood out to him as well.

“They were not like anything I’ve seen in the past,” Danois said.

Danois and Drozdov were introduced to AsseT Dungeoneering through gaming with Schwartz. Danois said his knowledge of how she works made the dice more meaningful.