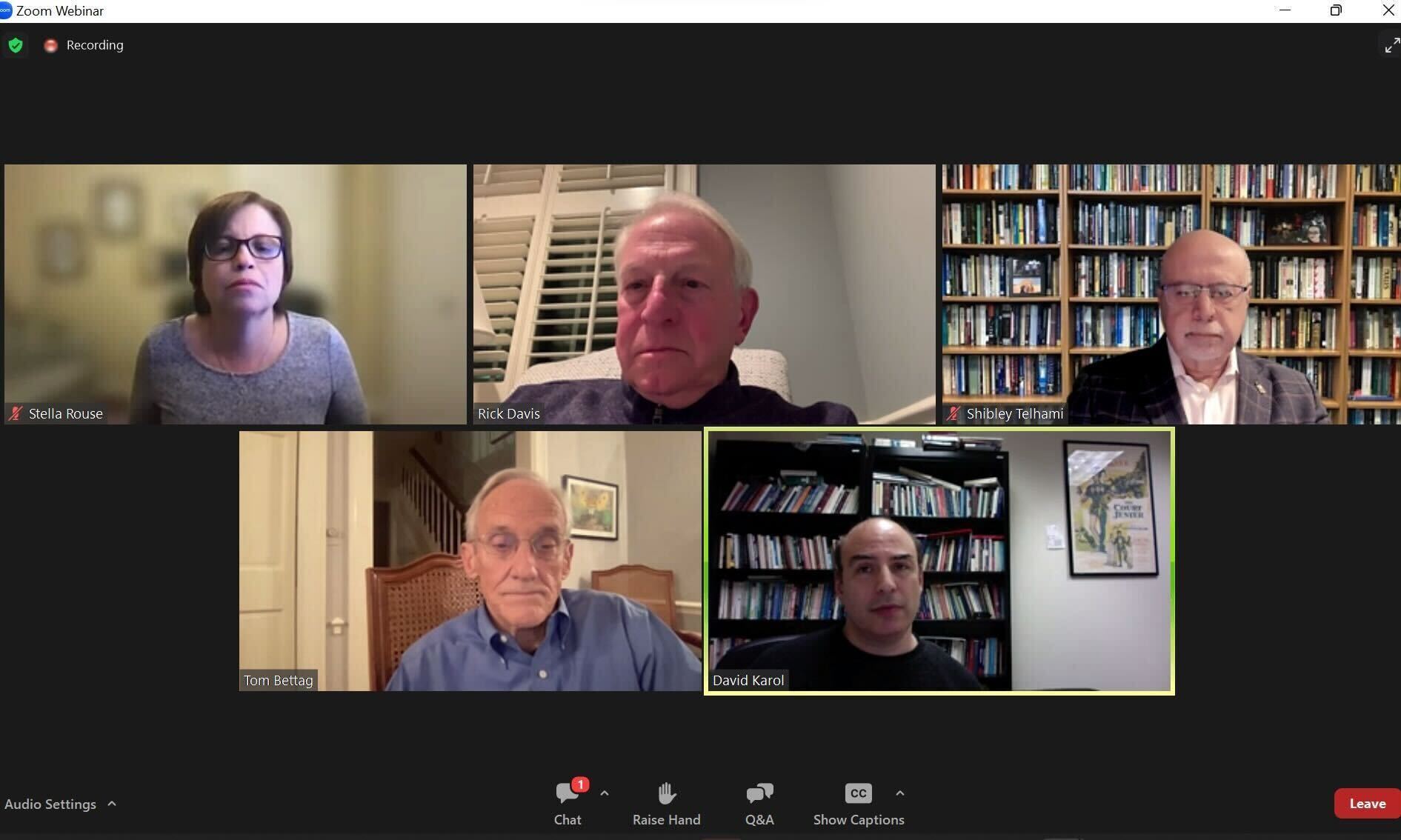 By Tara Davoodi
For The Diamondback

The roundtable, called The Dust Has Settled: Post Election Exchange, was part of a campuswide UMDemocracy series that aimed to discuss critical issues heading into the Nov. 8 midterm elections. The series was a partnership between several colleges at this university and the University of Maryland Alumni Association.

Rouse, the Democracy and Civic Engagement Center director underscored the importance of the youth vote, which overwhelmingly supported Democratic candidates and propelled the party to exceed expectations.

“Young voters are increasingly a vital part of the Democratic coalition,” Rouse said. “The issues that mattered to them were abortion, climate change and threats to democracy — and that really seemed to motivate those voters, and motivate them in battleground states that made a difference in some of those really close elections.”

One issue that didn’t resonate with voters — which usually plays a larger role at the polling place — was inflation, Karol said.

“We had, I think, fewer than 15 percent who saw this as a referendum on Biden and [former President Donald] Trump,” said Telhami, who directed the poll along with Rouse. “But importantly, it was roughly the same number for Trump and Biden … Typically, it’s a referendum on the sitting president.”

Expectations are usually low for the party in power during midterm elections, panel members noted, with the president’s party losing an average of 25 to 30 congressional seats. Media outlets had predicted a “red wave” that never came as Democrats held the Senate and won more seats in the House than expected.

Bettag explained that coverage failed to track what was most important to voters and ignored the registration numbers signaling bigger Democratic wins.

“Typical daily news coverage, it was turned into a shiny new thing,” Bettag said. “They got caught up in Herschel Walker’s accusations, which, in fact, didn’t change things. They got caught up in [John] Fetterman’s needing to use a transcription [during the Pennsylvania Senate debate], and that became a very big thing when, in fact, in the end, it just didn’t make a great deal of difference.”

The panel also went on to discuss post-election developments, such as Trump’s announcement of a 2024 presidential run amid significant Republican support for a potential frontrunner in Florida Gov. Ron DeSantis. Following losses for Trump-endorsed candidates in critical swing states — including Blake Masters in Arizona and Mehmet Oz in Pennsylvania — some in the Republican party feel less inclined to support the former president, Karol said.

“In 2015, 2016, Republican elites did not want Trump,” Karol said. “They, however, were not able to ever find a single alternative to unify around to stop him … We have yet to see whether Gov. DeSantis will be that kind of figure.”

Regardless of potential outcomes in two years, the 2022 election marked a divergence from typical midterm trends, Rouse said, revealing the potency of issue-based rather than candidate-based voting.

“What we exactly saw was that people overlooked, perhaps, how they felt about Biden or the approval they had for Biden personally and what he has done,” Rouse said. “They saw these other issues as being much more important.”