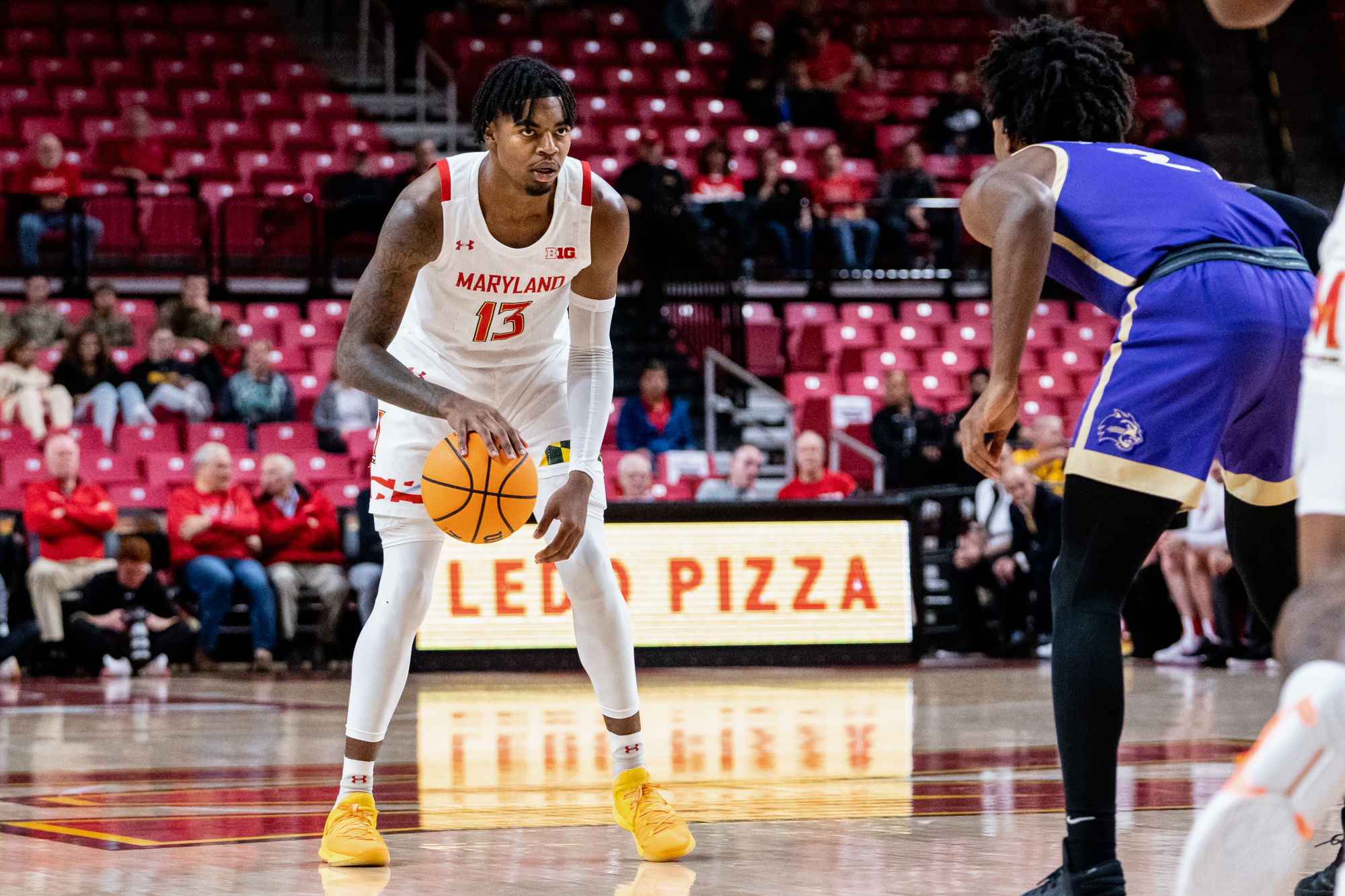 The senior for Maryland men’s basketball received a pass from Don Carey and dropped an easy layup through the nylon. In one play, he showcased his ability on both sides of the court.

Hart’s already started to thrive in Kevin Willard’s new defense. But the coach is still trying to figure out how to best utilize Hart’s offensive talent, something the Terps haven’t always capitalized on throughout his collegiate career.

Hart was the 15th most effective player in the country last season in KenPom’s offensive rating metric, which measures a player’s efficiency by dividing points produced by possessions used.

However, Hart’s high ranking disregards his low usage rate. He was used on 14.4 percent of Maryland’s possessions last season, just the seventh-most of any player on the team despite notching the fourth-most minutes.

“I’d like to see him be a little bit more aggressive early in the game, but I’m also starting to learn [Hart] needs a little time to kind of find the flow of the game,” Willard said after the Terps’ matchup against Western Carolina. “Certain players need a few minutes to kind of figure it out a little bit.”

Hart got going early in the Terps’ next game against Binghamton, scoring all 13 of his points in the first half. The senior notched a season-low shooting percentage despite going 5-for-10 from the field. He was clinical in his first two games of the year but only shot a combined 11 field goals.

The Philadelphia native’s continued to be one of Maryland’s best shooters. Through the Terps’ first three games he’s shot 57.1 percent from the field and 37.5 percent from three while adding seven assists and four steals.

“I gotta try to get him the ball and get him involved a little bit more because I think that it’s good for us, he’s such a good passer, but I think it’s really good for him,” Willard said.

The senior also fits in well with Willard’s pressing on the defensive end, something he’s looking for the team to continue to improve.

Hart’s become one of the top defenders on the team during his time at Maryland and often guards the best offensive player on the opposing team, a challenge he relishes. He and the Terps have already found success under their new coaches’ defense, forcing 44 turnovers through three games.

“I actually like our full court pressure and then right to zone, it messes up the other team’s offense and takes a lot of time off the shot clock,” Hart said.

Maryland’s defense has slowed opponents to a near halt so far this season, forcing their first three opponents to hold the ball for an average of 20.8 seconds per possession — the third-slowest length of time any team has held opponents to this year as of Thursday, according to KenPom.

Hart’s been imperative to the Terps’ success on the offensive and defensive end thus far, and while Willard hopes to get him more involved offensively, he acknowledged the benefit the senior already brings on the court.

“If [Hart] is plus 32 every game, I don’t know, Hak can just keep doing what he’s doing,” Willard said after the Western Carolina game.