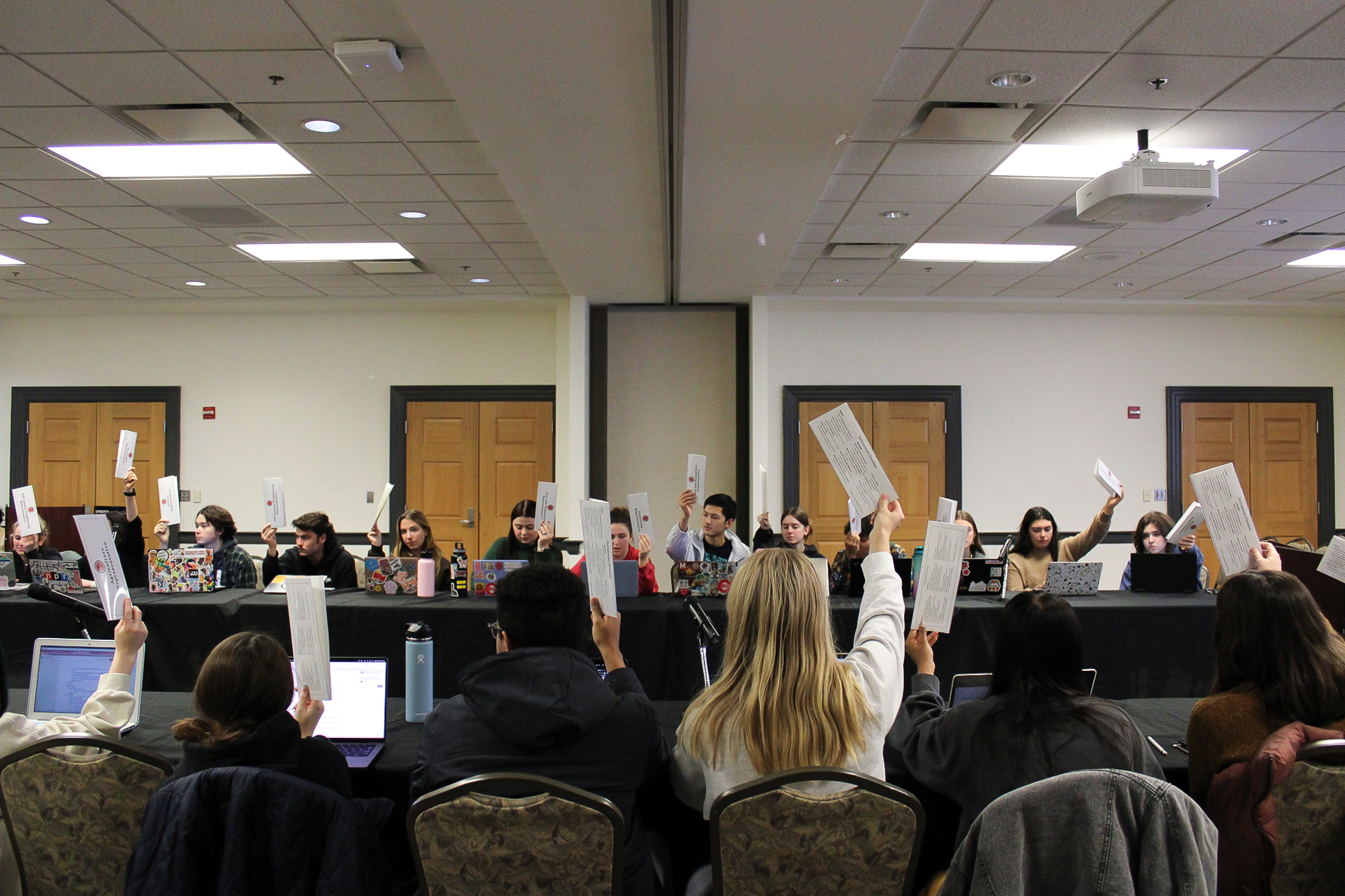 Members of the University of Maryland Student Government Association vote to pass a bill during a general body meeting on Nov. 16, 2022. (Giuseppe LoPiccolo/The Diamondback)

The University of Maryland SGA passed a bill to establish an Environmental Justice Council Wednesday.

The council, which is a collaboration between the Student Government Association, Omicron Delta Kappa and Student Entertainment Events, will bring together sustainability and cultural organizations.

The council will meet once a semester starting in December. Meetings will be open to all students, and the inaugural meeting will feature a lecture from Dr. Sacoby Wilson, a professor at this university and the director of the Center for Community Engagement, Environmental Justice and Health.

Julia Kallaur, a sophomore criminology and criminal justice major and the SGA’s South Hill representative, said she proposed this bill, so students from marginalized groups have voices in sustainability conversations. So far, the SGA has reached out to the Black Student Union, the Native American and Indigenous Student Union and the Asian American Student Union for collaborations.

One goal of the council, Kallaur said, is to be able to present a united front to university administration when it comes to sustainability and environmental justice.

Kallaur also sponsored a bill passed on Wednesday calling on the university’s Dining Services to stop selling Solo Cups in campus convenience stores and replace them with more sustainable alternatives.

The SGA also passed an act to create an American Sign Language course interest survey that will gauge students’ interest in the creation of new ASL courses. The bill noted most other Big Ten universities offer significant coursework related to ASL.