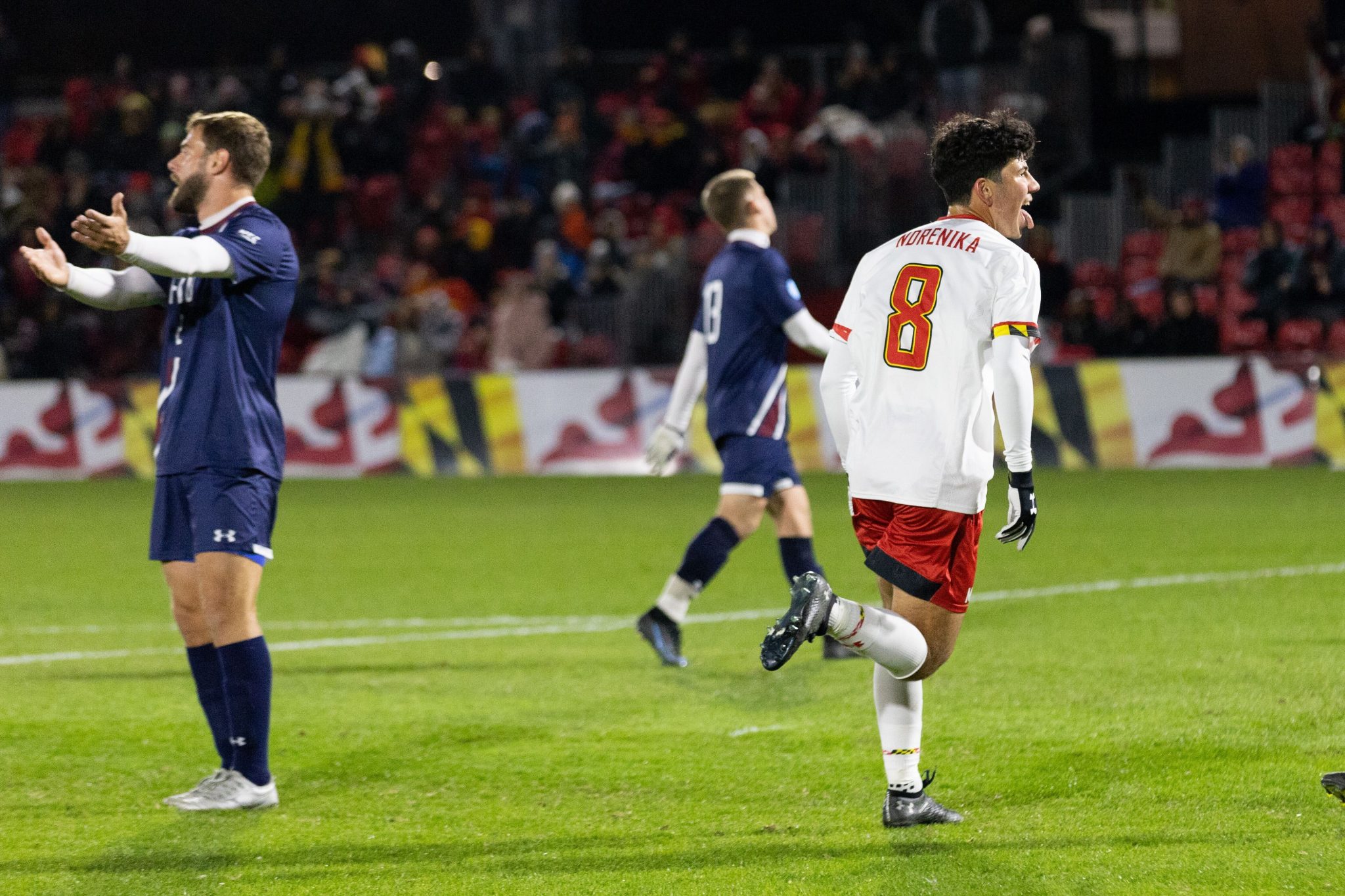 Malcolm Johnston leapt to meet a lofted cross at the back post but placed the ball back across the face of the net for a teammate instead of directing his header at goal.

Stefan Copetti pounced on the loose ball and volleyed his finish into the bottom corner before sprinting toward the corner flag and embracing his teammates after scoring his third goal in five matches.

Maryland men’s soccer took the lead less than two minutes into its NCAA tournament opening round contest against Fairleigh Dickinson and never surrendered it, as five different goal scorers helped the Terps cruise to a 5-2 victory Thursday at Ludwig Field.

The win marked coach Sasho Cirovski’s squad’s first in the tournament since 2019. They will travel to No. 14-seed Cornell Sunday in the second round of the national tournament.

After Copetti’s score, Maryland quickly doubled its lead in the 10th minute with a free kick routine. Luca Costabile tapped the ball short to Joshua Bolma, who brought the ball to a stop as Johnston stepped up to strike it.

The Canadian’s side foot strike blazed past Fairleigh Dickinson goalkeeper Spencer King and into the far corner before the Terps once again gathered to celebrate. Johnston, Maryland’s top scorer, continued to deliver on a strong season. He finished the match with a goal and two assists.

“I gotta give credit to [Cirovski], he kind of brought the idea to us the other day and I did it in practice and honestly I wasn’t able to execute like that,” Johnston said. “When I saw the ball, I felt confident and I knew I trusted the two players to execute the play that we’ve designed and just picked my spot.”

The Terps prevented the Knights from registering a shot on target throughout the first half. Cirovski’s side kept 66 percent of possession in the opening 45 minutes and retained possession for 63 percent of the entire game.

“It’s tough to score when they don’t have the ball, so it’s definitely our advantage to keep it for that long,” Chris Rindov said. “I feel like we were very confident in that first half continuing to play and just showing what we’re capable of.”

Maryland’s control of the first half resulted in a litany of chances, helping it strike once again in the 26th minute.

A Johnston flick played Albi Ndrenika in behind Fairleigh Dickinson’s defense. With plenty of time and space, the freshman calmly hit a strike through the goalkeeper’s legs and into the back of the net for his first collegiate goal.

Ndrenika’s finish gave the Terps a healthy 3-0 lead at halftime. Maryland remained in control throughout the second half.

Joe Suchecki brought down a Copetti cross and powered a low half-volley into the bottom right corner in the 64th minute to extend the Terps lead to four as they continued to dominate the Knights.

However, Fairleigh Dickinson was able to get on the board after Niklas Neumann failed to hold onto a deflected shot. Freshman Matt Giraldo scored the rebound to notch his first career finish for the Knights, and slotted his second of the match with less than three minutes remaining.

“We made a lot of changes in different people in different places and maybe it was a little bit out of whack at the end, but I think the game was in hand at that point,” Cirovski said.

Maryland’s early offensive success put the Knights in a deep hole, even two late defensive lapses couldn’t help Fairleigh Dickinson climb back into the game as the Terps survived and advanced.

“You could see that we can be a pretty good team that plays pretty good football,” Fairleigh Dickinson coach Seth Roland said. “But we were outmatched by a very athletic, very dynamic, very smart … very talented Maryland team.” 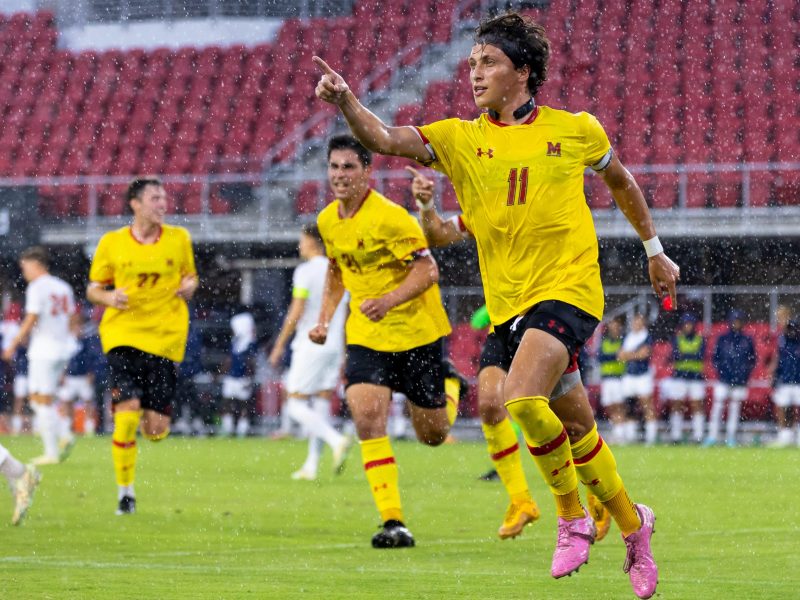