Review: Lindsay Lohan is the greatest strength of ‘Falling for Christmas’ 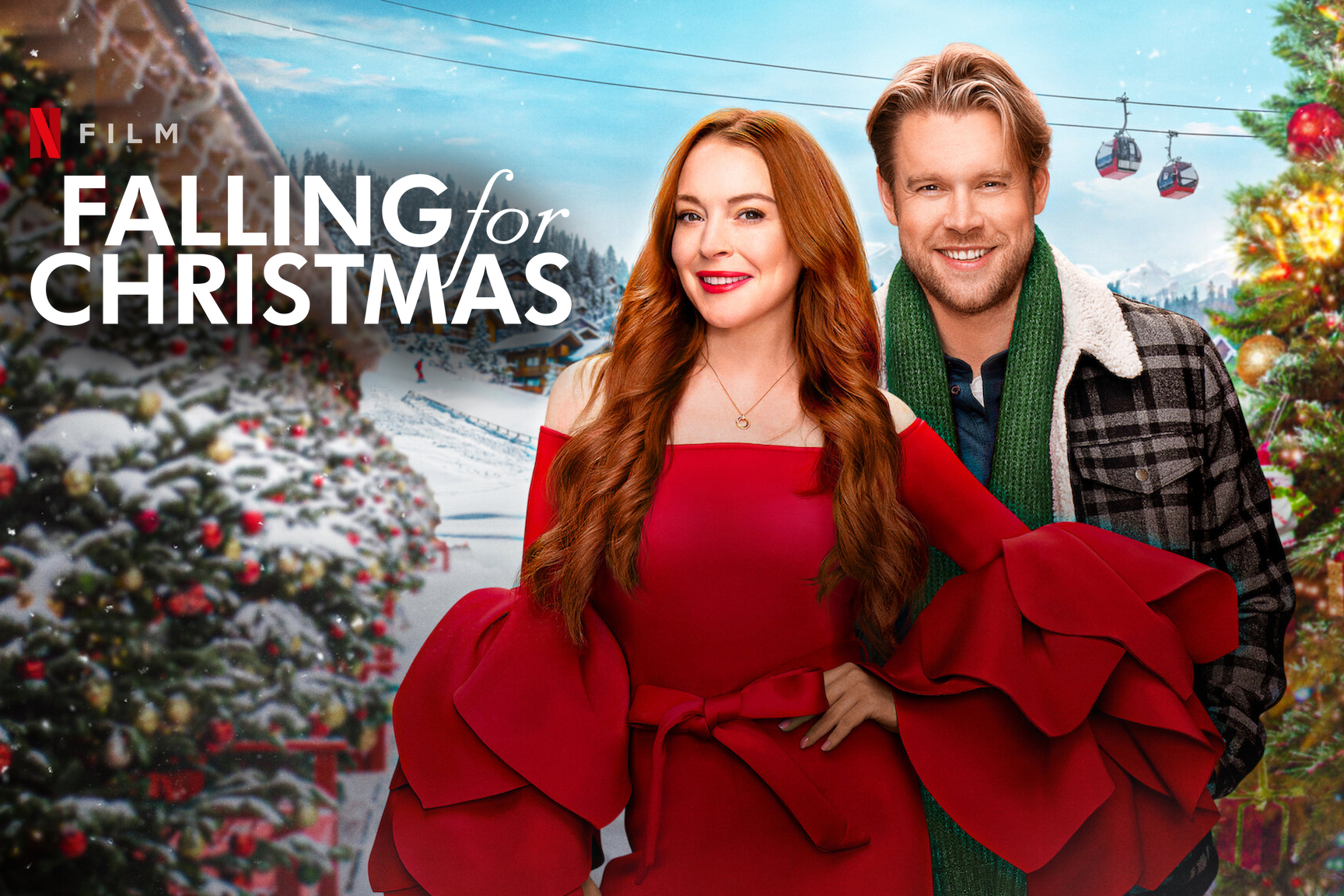 Lindsay Lohan, known for starring in many late-90s-to-early-2000s movies from Mean Girls to The Parent Trap, made a comeback in a new Netflix Christmas movie, Falling for Christmas, released Thursday.

The movie immediately establishes that bright, cheesy Hallmark Christmas movie vibe. Lohan plays Sierra Belmont, a rich hotel heiress who never had a chore in her life. On a ski outing with her influencer boyfriend, Tad, played by George Young, she falls down a peak in a storm after he proposes.

Sierra wakes up in a rural hospital after being found by the local bed and breakfast owner, and movie love interest, Jake Russell, played by Chord Overstreet. There’s one catch, though: Sierra experiences amnesia and does not remember her name or any other identifying information. She ends up buckling down at Jake’s lodge until someone comes to claim her.

Thus begins a fantasy romance at a magical Christmas ski lodge. Sierra learns the ropes of taking care of herself and helps out around the lodge while getting to know Jake and his family.

As someone who grew up watching Lohan in the early 2000s, I really loved seeing her return to the screen again. Lohan always seems to play similar  characters, but she is really good at it. Playing a spoiled adult with little knowledge of the world appears to be a perfect transition from playing a spoiled teenager. In this role, it is hard to tell how much time has passed since I last watched a Lohan movie. I felt transported back in time.

Although it was fun to see Lohan on screen again, besides her presence, Falling for Christmas is really just an average Christmas movie. It had a lot of plot holes and felt like a mish mosh of themes from other movies I’ve seen to make something new but familiar.

While average, there is nothing more comforting than sitting down to watch a Christmas movie and knowing exactly what you are going to get.

What might be surprising is although I haven’t seen a movie with Lohan in it for a long time, she’s had a consistent filmography for the past 20 years. While the star laid low between 2015 to 2018, she was still involved in multiple TV shows and movies.If you are looking for a fun and comforting Christmas movie to watch, then Falling for Christmas has you covered. While this movie won’t make it on my Christmas movie classics repeat watchlist, it was definitely nice to step out of the box and watch a new Christmas movie. It isn’t Lohan’s only Netflix collaboration, too. Lohan will star in another Netflix movie, Irish Wish, set to release in 2023.