Jahari Long had picked a new school. Then Kevin Willard called to bring him to Maryland. 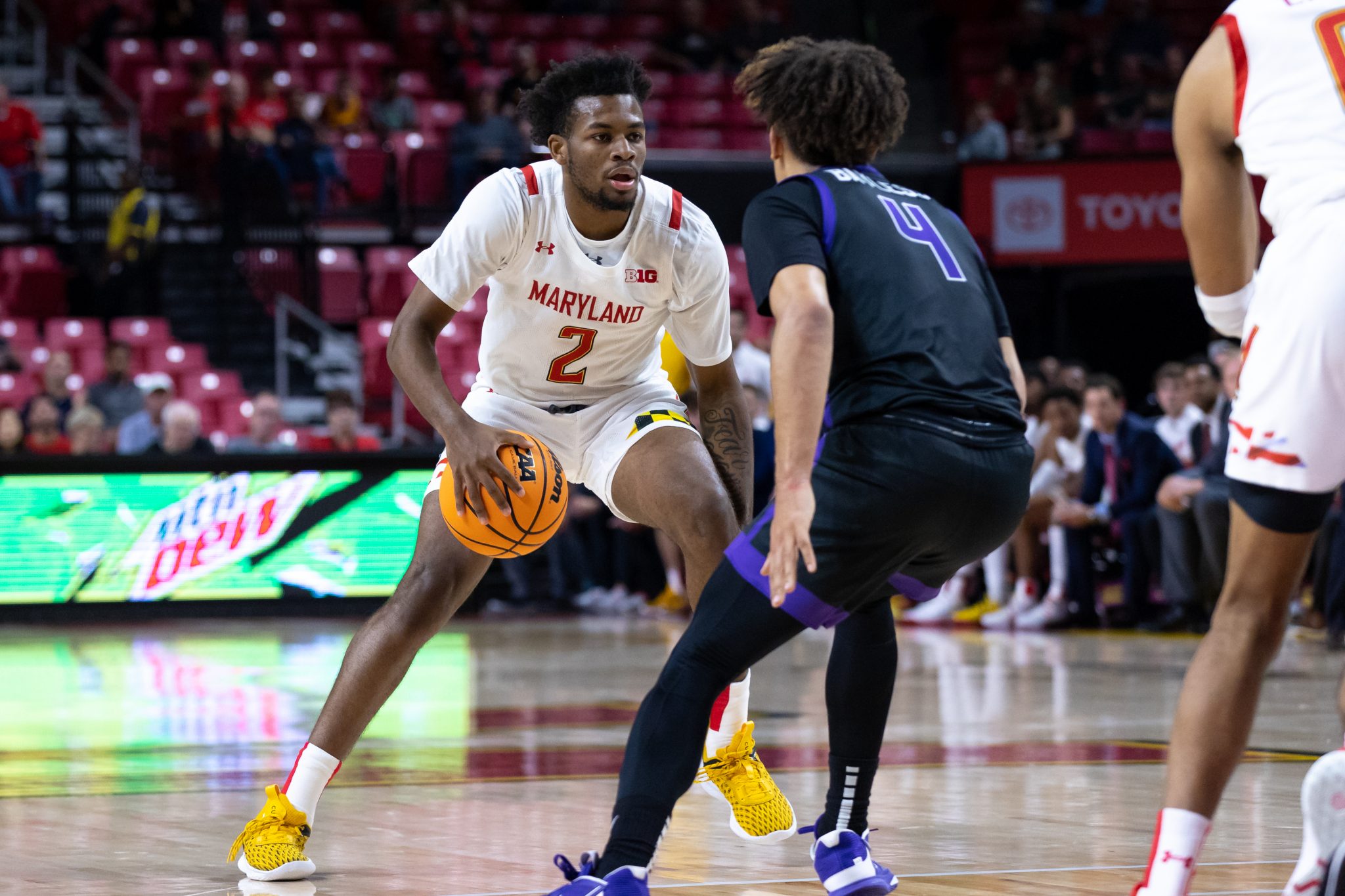 When Jahari Long chose to undergo surgery on his knee in December 2021, his mom knew she had to be strong for him.

The then-Seton Hall guard got injured in a practice over the summer and attempted to play through the ailment early last season before eventually electing to get surgery on torn cartilage in his right knee late last year. The procedure ended his sophomore year with the Pirates.

Long’s mother, Shante Wilson, stayed with Long for periods in extended-stay hotels and worked virtually after the procedure so he wouldn’t feel isolated. She did so from his surgery date on Dec. 17, 2021 until March, when he could walk to class on his own again.

She drove him to Manhattan in rental cars three times a week at the start of his rehab. Long finally returned to the court for the first time Monday, but not the one he thought he’d come back to when he suffered his injury.

Instead of stepping onto the Pirates’ Prudential Center floor, the guard checked into the game wearing a Maryland men’s basketball jersey at the Xfinity Center during the Terps’ season-opening win over Niagara.

The transfer swapped South Orange for College Park in May, making the same trip down I-95 that his former coach Kevin Willard did.

“I love Jahari as a young man,” Willard said. “When he went into the portal, it was a quick phone call to his mom and to him to see if he wants to take the opportunity here.”

That phone call nearly came too late — Wilson said when the coach called, her and Long had been moving their last box from New Jersey and he had already picked out another school.

“When he called Jahari we were both extremely surprised,” Wilson said. “Coach Willard has actually shown, in his actions, that he believes in Jahari. So I will say that because of that I do, as a parent, feel as though Jahari owes Willard and the Maryland fans 100 percent.”

The switch capped off an arduous six months that began with Long’s midseason surgery.

Wilson works in healthcare administration and talked with Seton Hall’s medical staff before deciding on Dr. Riley J. Williams III, the medical director and head team physician for the Brooklyn Nets, to perform the procedure.

Long played less than 200 minutes with the Pirates over two years. He came off the bench and struggled with COVID-19 as a freshman before suffering the knee injury.

The Houston native averaged one point, 0.7 assists and 0.7 rebounds in two seasons plagued by health issues at Seton Hall. However, Willard still felt the guard could play at the highest level.

Long chose to enter the transfer portal after Shaheen Holloway took over as Willard’s successor at Seton Hall. He said Willard’s desire to have him play at a program like Maryland despite his inexperience at the collegiate level drove him.

“I hadn’t really played in two years and for him to have me come to a bigger level and continue to play, that meant everything, that was motivating,” Long said. “That motivated me in the rehab process as well just to get back to that point, just to become the best player that I can be.”

Long said the confidence Willard shows allows him to “be free” when he plays. He cited the freedom Willard gave former Seton Hall guards Myles Powell and Quincy McKnight as what originally attracted him to commit to the Pirates coming out of Episcopal High School.

The guard began to practice again in July and scored five points — tying his career high — and recorded two assists in his debut against Niagara.

“I felt first game jitters, kind of not nervous, just stiff,” he said. “But it just felt great to be back out there … that was everything.”

Long has had an easy time settling in with his new teammates, he said, noting his previous experience with Willard has helped them adjust to the coach’s style of play.

Part of that style is the coach’s press, which the Terps employed in their season opener against the Purple Eagles and is something Willard hopes to see improve as the season goes on.

Long checked into the Monday game and quickly notched a steal, a forced turnover that led to a Donta Scott layup.

“[Long] brings a very smooth game to the program,” Scott said. “He’s very good at creating for others and just maneuvering off ball screens but he brings a toughness to the team as well.”

Long’s Maryland debut appeared in front of Wilson, who traveled from Houston to take in her son’s first game as a Terp.

Eleven months after Long’s knee surgery, she finally got to see her son back on the court.