Director of the U.S. Census Bureau explains the importance of failure to UMD 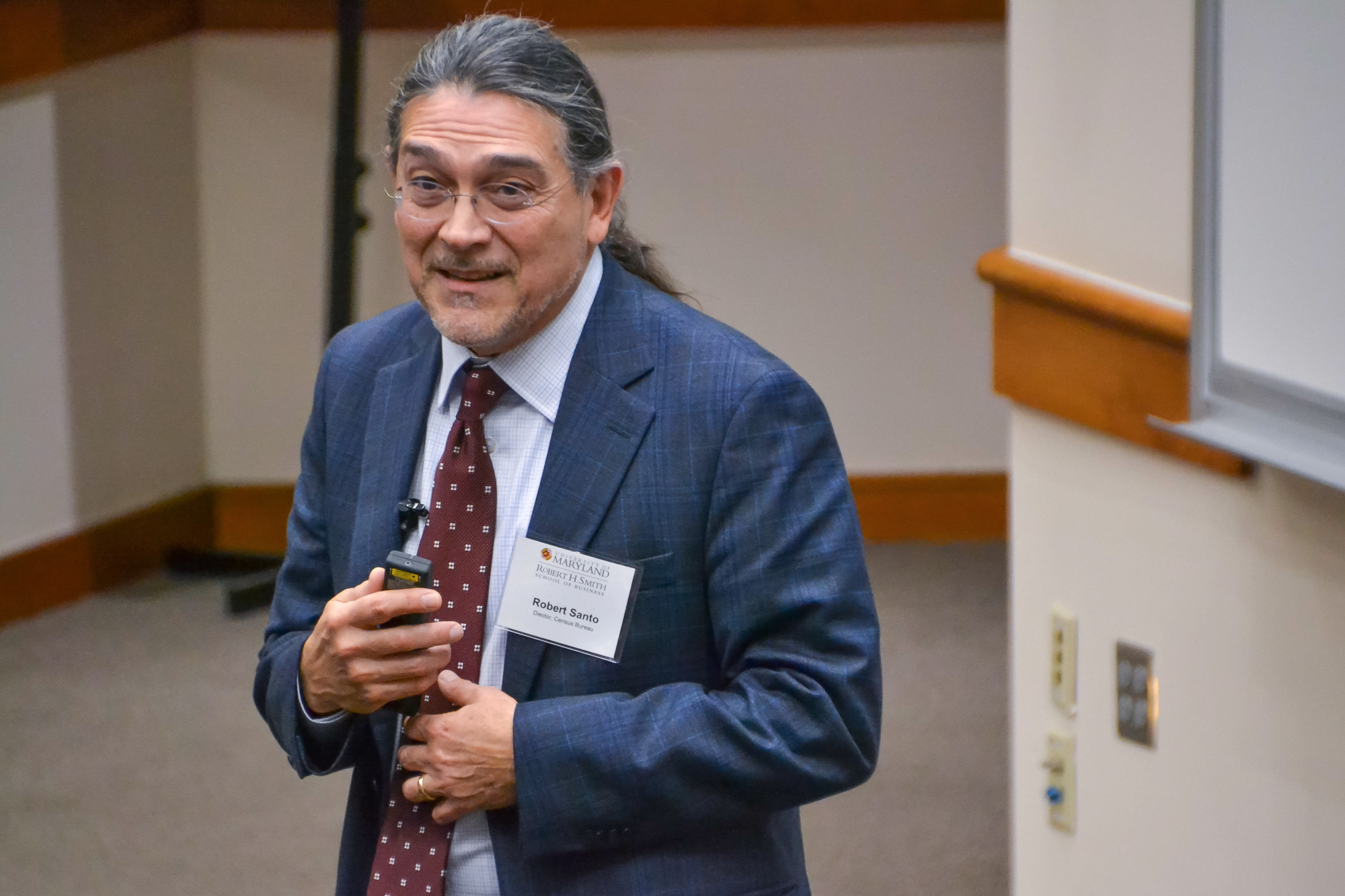 Robert Santos, the first Latino director of the US Census Bureau, delivers a lecture at the business school on Nov. 7, 2022. (Jess Daninhirsch/The Diamondback)

By Jordan Budney
For The Diamondback

United States Census Bureau Director Robert Santos told the story of his struggles, successes and career paths in a presentation at the University of Maryland Nov. 7.

The Asian American Studies program and the business school hosted the event, “Equity Through Numbers.” Santos began his position in January as the first Latino person to direct the Census Bureau.

Santos felt it was absolutely necessary to begin his presentation to a student audience by telling them failure is a real part of success.

“In some of my worst moments, I’d wake up in the morning and go to work in a difficult situation. I’d say, ‘Today’s the first day of the rest of my life.’ I just repeated [it] to myself over and over and over again,” Santos said. “I was boosting myself up to have a more positive outlook, that no matter what happened, I was ready to deal with it and move on and be the best that I could be.”

Santos was born and raised in San Antonio. All four of his grandparents fled from the Mexican Revolution in 1910, making him a third-generation Mexican American.

[UMD lecturer speaks on the importance of a representative Supreme Court]

“My research is actually largely in LGBTQ and Asian American experiences in psychology and so the questions that the presenter was speaking to about [such as] measurement statistics … are all very relevant things, to my personal work and things that I’m passionate about,” Pease said.

Lauren Eng, a senior information science major said Santos touched on some important themes regarding disaggregating data and the inclusion of underrepresented groups. Eng wants to continue her career in data analysis and liked how Santos included a slide of all of his career choices.

“That was a really great visualization of a life map where it’s not straightforward, but it’s still very useful to him in the outcome,” Eng said.

Santos wanted students to embrace failure, learn from it and know that it is part of taking risks. He expressed the importance of creating connections and embracing life’s opportunities.

“You can’t enjoy the good times unless you know the bad,” Santos said.