UMD lecturer speaks on the importance of a representative Supreme Court 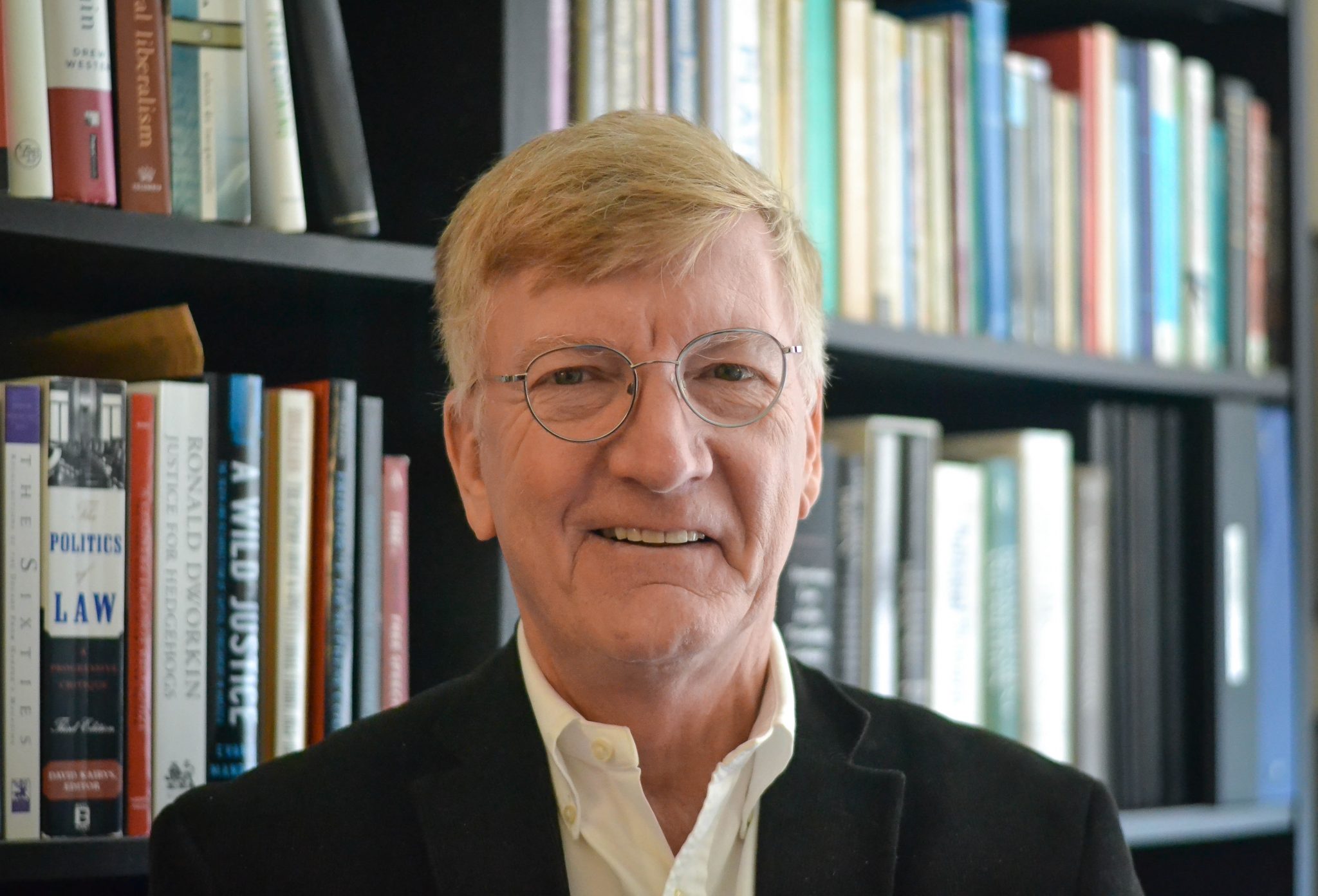 Professor Michael Spivey, a professor in the Government & Politics department, poses for a portrait on Oct. 19, 2022. (Jess Daninhirsch/The Diamondback)

CORRECTION: A previous version of this story included a quote referencing an 1802 presidential election. The election it was referencing was in 1800. This story has been updated.

University of Maryland senior government and politics lecturer Dr. Michael Spivey discussed the importance of a Supreme Court justice who represents what is happening in the country at a talk on Oct. 12.

Spivey presented his lecture to students as a part of the UMDemocracy: Be Informed Virtual Lecture Series in which he spoke about the role of the Supreme Court in a representative democracy, a system in which citizens elect public officials to enact and create policies for them.

Spivey spoke on the dangers of partisanship in appointing judges.

The Founding Fathers did not anticipate political parties when creating the U.S. Constitution, Spivey said. They assumed the Supreme Court would be upheld by a jury of quality lawyers without partisan affiliation.

About 15 years after the adoption of the constitution, the 1803 Supreme Court case Marbury v. Madison emerged as the first example of two political parties fighting over control of the Supreme Court and federal court system.

Spivey called it the “first crisis of the Supreme Court,” but explained it was a fight we still see today.

“Flash forward 220 years and we have very much the same thing happening now,” Spivey said. “The [1800] election looks a lot like [George W.] Bush versus [Al] Gore, for example, or like Hillary [Clinton] versus [Donald] Trump.”

Spivey said increasing diversity to reflect the makeup of federal courts and increasing the turnover of judges is how the American people’s interests can be better represented by the court.

“If you look at the makeup of the federal judiciary system overall, not just the Supreme Court but all federal courts, not surprisingly they are overwhelmingly white men,” Spivey said. “We need to have diversity on the courts, we need the nominees to be diverse.”

Connor Brown, a sophomore computer science and mathematics major, said a main flaw is a lack of diversity in thought.

“The system of the Supreme Court is nice in theory, not in application,” he said.

He noted that members of the court are usually older, wealthy and white.

“Those constructs are not the most encouraging for good change,” he said.

Resolving the disconnect between the court and the citizens could mean instituting policies such as age limits and term limits, according to Spivey, so the ideas of the people are in accordance with the justices.

“With lifetime tenure, it means that the Supreme Court is usually a lagging institution,” Spivey said. “That means whatever public opinion is out there and whatever is happening with the elected branches of government, because of life tenure, the folks on the court are always a bit out of step and out of sync with what’s happening in the country.”

Justices’ ability to time when they retire allows for “gaming of the system,” according to Spivey, referring to retired Supreme Court Justice Anthony Kennedy’s decision to retire in 2018 and his succession by Justice Brett Kavanaugh.

Brown said age limits in the Supreme Court are a good idea because older people don’t represent the perspectives of younger generations.

“They’re from a different period of time,” Brown said.

Joanna Zhang, a sophomore finance and information systems major, said younger people should have a chance at serving, so their views are represented in the court.

American approval of the court has drastically declined over the past four years. Spivey suggested this is due to the political nature of the nomination and approval process. Recent rulings skewed the public perception of the court and in Spivey’s view, people see the court as a political institution like Congress, not an institution that delivers a rule of law.

Zhang said a way citizens can combat the power of this court is through protest.

“One voice matters and everything is done effectively through protest. You know something isn’t right, you know we’ve got to fix it,” Zhang said. “Make your voice heard.”