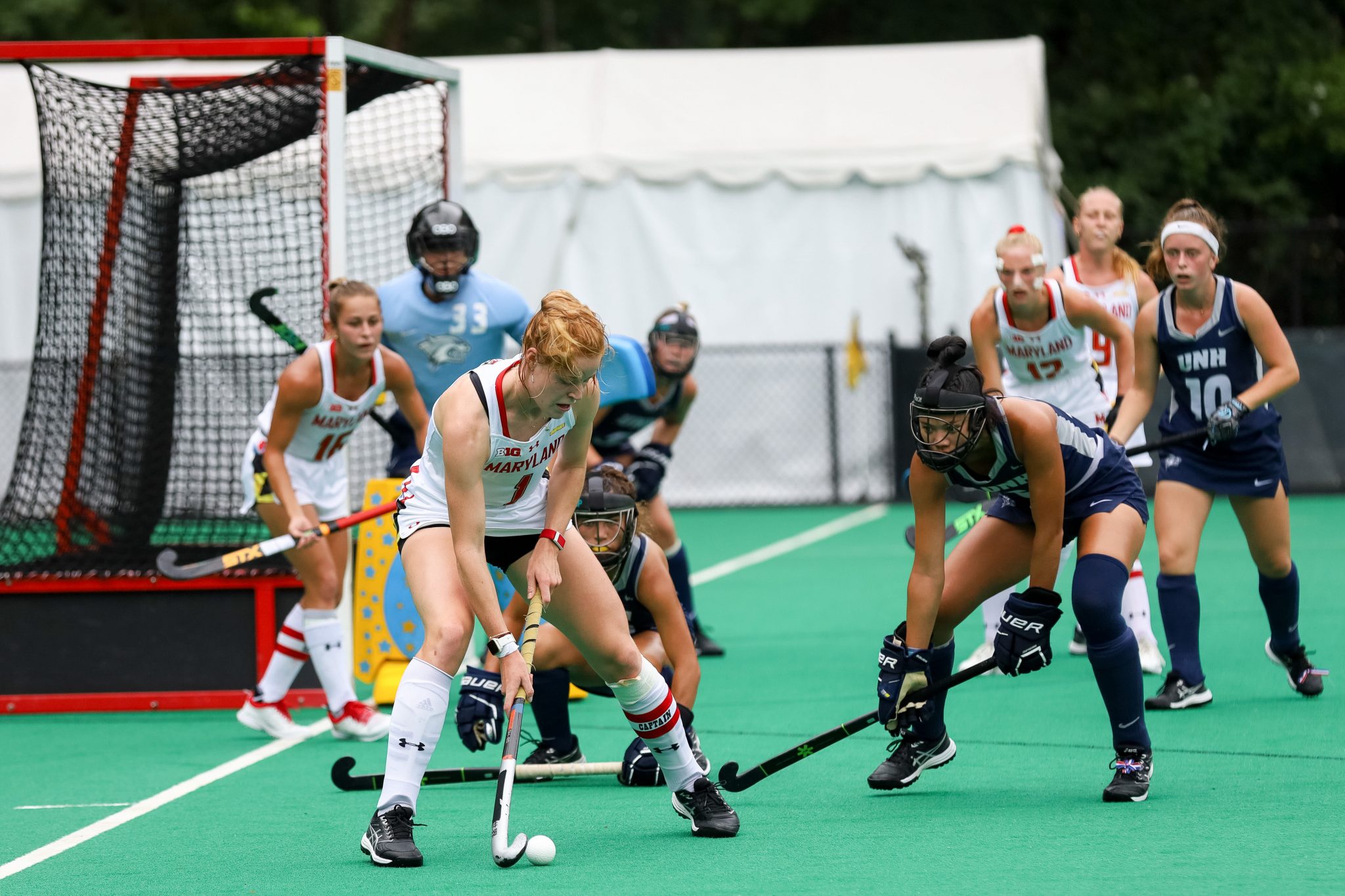 Maryland field hockey coach Missy Meharg thought her squad had the capability to win the Big Ten tournament. After all, they’d finished the regular season at 16-2, one of the best records in the coach’s College Park tenure.

But instead, her team lost to No. 4 Northwestern, a defeat that stunned the veteran coach.

“I don’t have any words for it,” she said. “It’s a little surprising. It’s not a trait of Maryland field hockey.”

The Terps already beat the Wildcats in Evanston, Illinois, during the regular season but faltered with a trip to the championship game on the line due to a poor offensive showing that’s become too common in recent weeks.

Northwestern outshot Maryland 21-14 in the game and 12-4 in the first half. The Terps’ offense caught back up in the second half but couldn’t fully climb out of the hole they dug for themselves in the first two quarters.

“We had a slow start, they had a wicked dominant one,” Meharg said. “Had we played the first two quarters like that, we probably would have won the game with the way we were dominating in the third and fourth quarter.”

The Wildcats created scoring chances by completing a flurry of long passes through the midfield. That resulted in a one-sided split in time of possession that kept the Terps’ defense on their heels and their offense without the ball.

It briefly looked like the adjustments Meharg and her team made coming out of halftime would reignite the offense. Maryland attempted as many shots in the first three minutes after the intermission as it did in the entire first half and the Terps evened the score with a Hope Rose goal late in the third quarter.

But just as it began to look like an equalizer was coming soon, the offense reverted back to its first-half malaise.

Maryland took only three shots in the final 17 minutes of game time, landed none on target and ended the game without the tying goal.

Team captains Danielle van Rootselaar, Emma DeBerdine and Bibi Donraadt held the rest of the group in the locker room for nearly an hour following the loss, Meharg said. They attempted to analyze what went wrong and how to not let it happen again.

The coach highlighted two areas of displeasure. On offense, the Terps dribbled too much. On defense, they allowed their opponents too much space.

Meharg’s team usually performs better in those key areas, she said, but failed to do so Friday.

“For the most part, we do play like that,” she said. “We’ve been a great field hockey team. For whatever reason, we decided that we were going to … dribble a lot.”

The NCAA tournament is up next. Maryland, the No. 3 overall seed, is slated to face 2021 national finalist Liberty in the first round. The Terps will host one of the tournament’s four regional sites with Princeton and Syracuse joining the Flames in College Park.

There’s precedent for the Terps of overcoming an early exit in the conference tournament and then going on to make a deep run in the NCAA tournament. Last season, they made it to the Final Four after losing in the first round of the Big Ten tournament.

A national championship remains the top prize, but Maryland highly coveted a conference title, which it hasn’t won since 2018.

They would’ve had an easier path to securing it as well. No. 4 Michigan, which Maryland defeated in September, upset top-seed Penn State, which embarrassed the Terps in a 5-1 regular season loss.

But Maryland never had the chance to take advantage of that easier track.

Instead they lost in a fashion unfamiliar to Meharg’s historically successful program. The defeat prevented a trip to the championship game and casts more doubt on the viability of a national title run with an offense that stagnates at inopportune times.