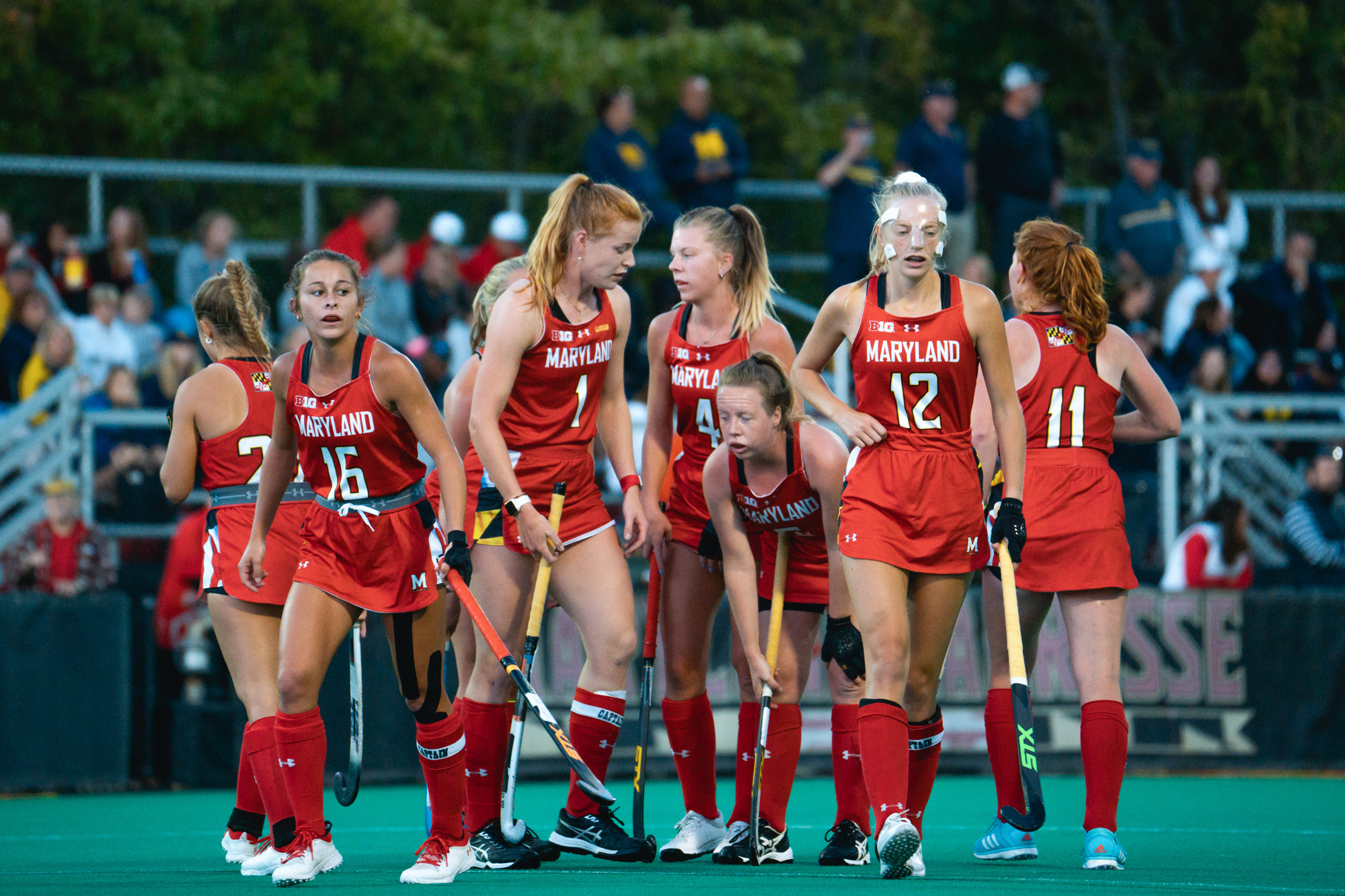 Maryland’s offensive attack struggled in its final few regular season games, a trend that the Terps seemingly bucked in a five-goal effort Thursday against Ohio State in the first round of the Big Ten tournament.

But those problems arose again Friday. With an offense that controlled time of possession, Northwestern forced the Terps away from their game and never allowed them to find opportunities on the forward line.

Two-seed Maryland field hockey was dominated in the conference tournament semifinal, falling 2-1 to three-seed Northwestern and failing to advance to the conference championship for the fourth consecutive year.

“When you’re really the underdog, you have nothing to lose,” Missy Meharg said. “We’re trying to work it out.”

Northwestern’s offense came out fast and aggressive in the first quarter. The Wildcats got into the Terps’ circle with proficiency, logging seven shots and five penalty corners in the first 15 minutes and scoring the game’s first goal after only four minutes.

Maryland lagged behind Northwestern on the offensive end, struggling with the Wildcats’ long passing game up the midfield that kept possession away from the Terps for large chunks of the first half — simultaneously preventing them from finding any rhythm.

“We had a slow start, they had a wicked dominant one,” Meharg said. “They’re reigning champions for a reason.”

A Northwestern penalty stroke goal late in the second quarter capped off an overpowering first half showing for the lower-seeded squad. It attempted three times as many shots as Maryland and took seven corners to the Terps’ one across the opening 30 minutes.

Attempts at setting up offense after halftime were consistently unsuccessful as Maryland’s woes carried into the second half. The Terps took as many shots in the first four minutes of the third quarter as they did in the entire first half, yet none translated to scores.

Hope Rose became the first to break through Northwestern’s stonewall. She notched her 14th goal of the year and her second of the tournament in the final minutes of the third quarter to give Maryland newfound energy entering the final frame.

The Terps never found that coveted equalizing goal. They went more than 12 minutes following Rose’s score without taking a shot on goal as the failure to find quality looks at the goal from the first half arrived yet again.

“We didn’t have any rhythm the first two quarters and we owned the whole third and fourth,” Meharg said. “When you play hockey and you play with rhythm and you connect in the way that we can do then you’re going to be able to jump on them early. We just didn’t do it.”

Maryland has typically found and scored off of penalty corners with ease this season, but were awarded just three in the loss. It was outnumbered in the shot and shots on goal numbers, too, attempting almost half as many shots as Northwestern.

Missy Meharg pulled Christina Calandra from net with three minutes to play, giving the Terps a player advantage in a last-chance desperation try for a goal.

But even with the extra player on the field, the Terps were held to just one shot in the waning minutes to keep them from the conference championship game once again.