Maryland volleyball swept by No. 1 Nebraska, 3-0 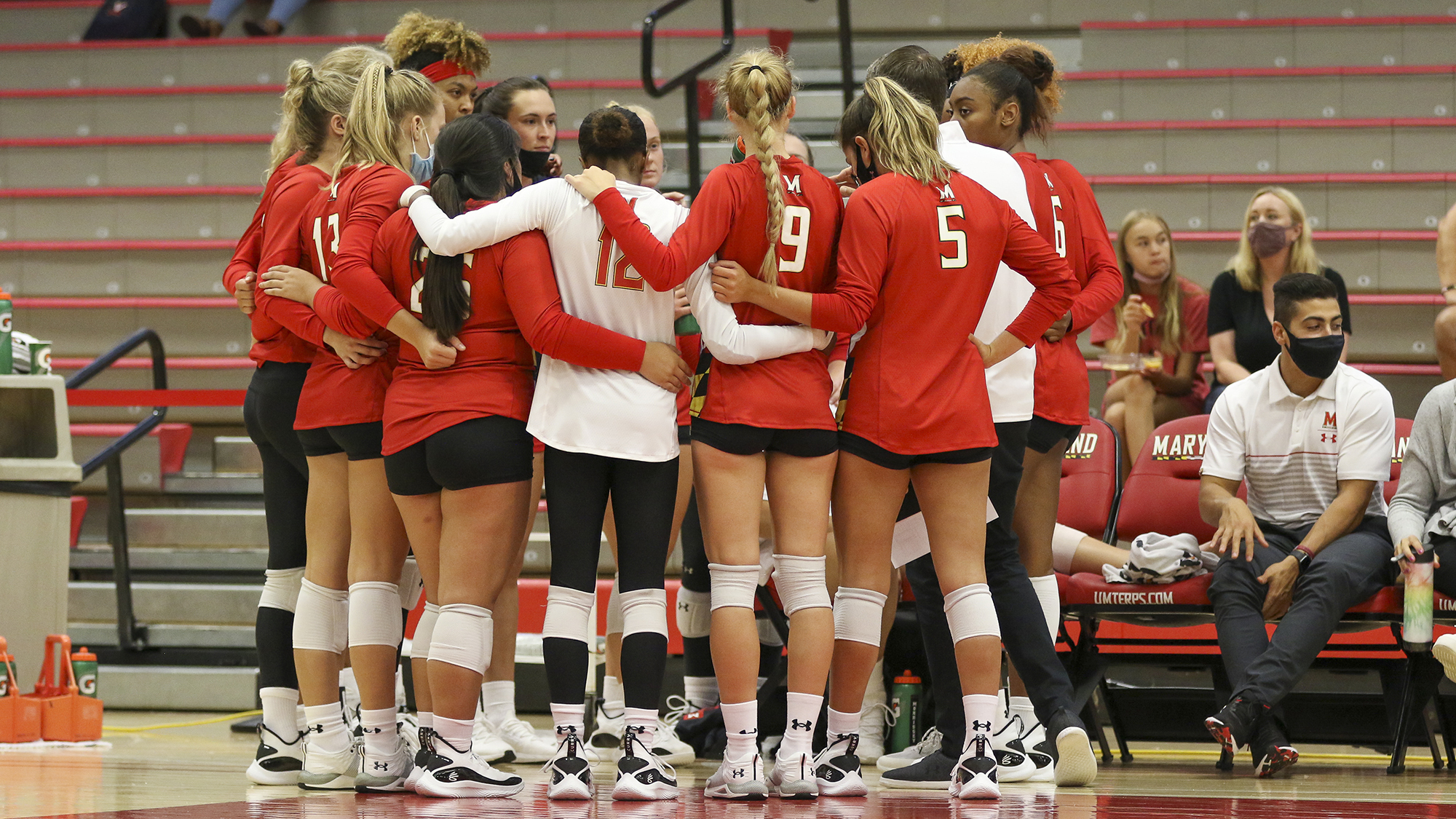 After failing to corral Nicklin Hames’ opening serve of a Saturday night showdown, Maryland volleyball could only watch as Nebraska’s Whitney Lauenstein belted the Terps’ overpass down to the floor, giving the Cornhuskers a 1-0 lead just moments into the match.

Nebraska’s quick start was the prelude to a dominant evening for the nation’s No. 1-ranked team, as the Terps fell to the Cornhuskers 3-0 in Lincoln.

“We just didn’t really play up to our standard,” coach Adam Hughes said. “We didn’t compete to the level that we are capable of doing and didn’t get [off] to a good start. Next thing you know, you have things kind of roll pretty fast.”

Maryland was soundly out-blocked for the first time all season, finishing with just five as Nebraska racked up 12 rejections in a match it controlled from start to finish.

The Terps also did themselves no favors from the service line, misfiring on six serves and finishing without an ace for the first time all season.

Five of those service errors came in the opening frame as Maryland sputtered out of the gate in its first match against a No. 1 team since 2017.

Despite four kills from Sam Csire in the first set, the Terps struggled to establish any semblance of offensive rhythm as they bit themselves with inconsistency from behind the endline, never holding serve for more than two consecutive points.

And after being swept in their previous match by No. 5 Wisconsin, a hungry Nebraska squad seized further control behind a vengeful defensive front.

The Cornhuskers’ advantage continued to balloon with each of its six resounding rejections, including back-to-back stuffs from Kaitlyn Hord that pushed the set to its edge.

“I think some people had jitters, and it was difficult to get going,” libero Milan Gomillion said. “I think at that point … by the time we started to fight back, it was basically too late.”

Things would only get worse for the visitors, who finished with a season-low .000 hitting percentage in a match where the Terps mirrored their anemic 24-kill output with 24 attack errors.

Maryland’s woes continued in the second set, opening the frame with three consecutive misfires as the Cornhuskers briskly wrestled complete control of the frame.

With Nebraska leading 11-5, the Terps’ sixth service error of the night opened the floodgates for a relentless Cornhusker squad that rattled off the next eight points to take a commanding 19-5 lead.

Behind four kills from Bekka Allick and a scorching .480 hitting percentage, Nebraska handed Hughes’ squad its most lopsided set loss of the season, a 25-9 shellacking that sent the teams to intermission with the home team dominating.

“We didn’t have a good serving day, and that kind of led the offensive to some challenges,” Hughes said. “We did a good job at least getting some pressure on them [in the first meeting on Oct. 2] and kind of forced them to get out-of-system, and today they were just in-system for most of the match.”

Facing a seemingly insurmountable deficit against the nation’s top team, Maryland battled for as long as it could, fighting back from a 12-4 hole to pull within one point toward the end of the third set.

But Nebraska imposed its will on the Terps down the stretch, hammering 15 kills in a 25-19 final set victory that sent Maryland packing after just its second road loss of the season.