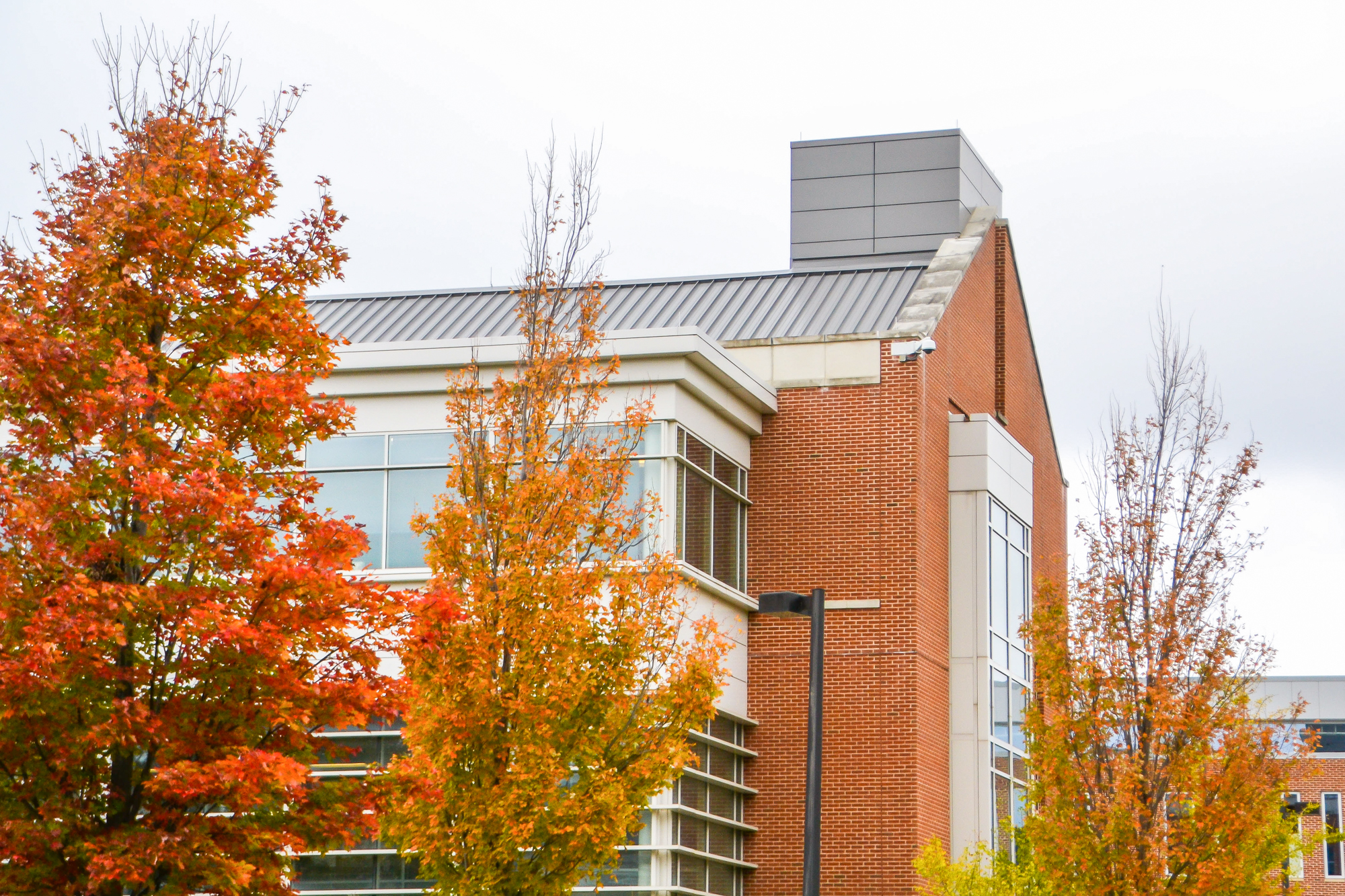 The outside of Knight Hall, home to the university's journalism school, Oct. 24, 2022. (Jess Daninhirsch/The Diamondback)

Editor’s note: This column contains a correction in which an editor removed the name of and misgendered a journalist. This error is reflective of The Diamondback and its editorial staff and not the guest columnist. We understand and recognize the damage and hurt this not only has created for the journalist mentioned but also the columnist. We deeply regret this error and are working toward apologizing to both parties and mending the hurt this has created.

The hunt for a new dean for the journalism college is on. Lucy Dalglish, the current dean, will step down from her position in June 2023 after 11 years of deanship. Jennifer Rice, the University of Maryland’s senior vice president who wrote the announcement letter, formed a search committee as a result of the departure.

One of the commitments I noticed in the announcement letter is that the new dean must be committed to “supporting an environment of diversity and inclusive excellence in teaching and learning.” As the search for the next dean heats up, this is the part I want to stress to this committee, and to the journalism college community as a whole: The new dean of the journalism college must make diversity a priority.

The hunt for a new journalism college dean is incredibly fresh, and I acknowledge that fact. The goal of this op-ed isn’t to call out any person, but rather to raise awareness of the exigence of this search. The benefits of a diverse student population is an established fact, so bringing that to the journalism college should be prioritized.

As a journalism student, I would often be one of very few Black student journalists in all of the classes I took. I chalked this up to the woes of attending a predominantly white institution until fellow journalist Joel Lev-Tov emailed me last December for an interview on the demographics of the journalism college.

During this interview, they showed me a particularly damning website: reports.umd.edu. The journalism college, despite its statements on diversity and inclusion, is the school or college with the greatest percentage of white people at this university since fall 2010.

Why does this matter?

First, it’s only been about a year since journalism college dropped its status as a Limited Enrollment Program. In the past, its designation as an LEP caused the journalism college to cap its enrollment, require certain classes and a GPA before applying, If you failed to get in, you couldn’t reapply.

As a result, prospective students who may have wanted to get into the program were filtered out due to these exclusionary restrictions. If more people find out about this change, maybe more students of color and those from marginalized groups would be willing to apply.

Second, it’s no secret that trust in the news/media is close to being at an all time low. According to a 2022 Gallup poll, 38 percent of Americans say they “don’t trust the news at all.” For marginalized groups, that mistrust in the media has been proven true many times over, so why get into a field people find untrustworthy?

Finally, and most important is the role mass media has played and continues to play in demonizing, dehumanizing and perpetuating violence against people of color and marginalized communities both on this campus and across the United States.

All of these factors and more can make getting into the field of journalism difficult — if not outright hostile — for journalists who aren’t able-bodied straight white men.

I haven’t experienced any microaggressions or racism in my time at the journalism college, but the amount of whiteness in some of my classes made my initial journey in journalism a very isolating one. When I joined The Black Explosion as a staff writer, I found a sense of community and friendship with journalists who looked like me, were on the same educational journey and shared some of my life experiences.

To whomever the new journalism college dean may be, I hope they thoroughly analyzed and understood the data from these reports. Now more than ever, this country needs more journalists that come from all races, genders, sexuality, ethnicity, economic classes, religion and more.

With the diverse perspectives and experiences these identities have, bring a more comprehensive and complete approach to reporting that journalists who aren’t a part of these groups could never come close to understanding. When it comes to issues that pertain to any minority group or marginalized community, who better to report on them than us?

Aaron Wright is a senior multimedia journalism major who is also pursuing a certificate in African-American Studies. He can be reached at awrigh13@umd.edu.

CORRECTION: A previous version of this column misgendered a journalist mentioned. The journalist’s pronouns are they/them. The column has been updated.