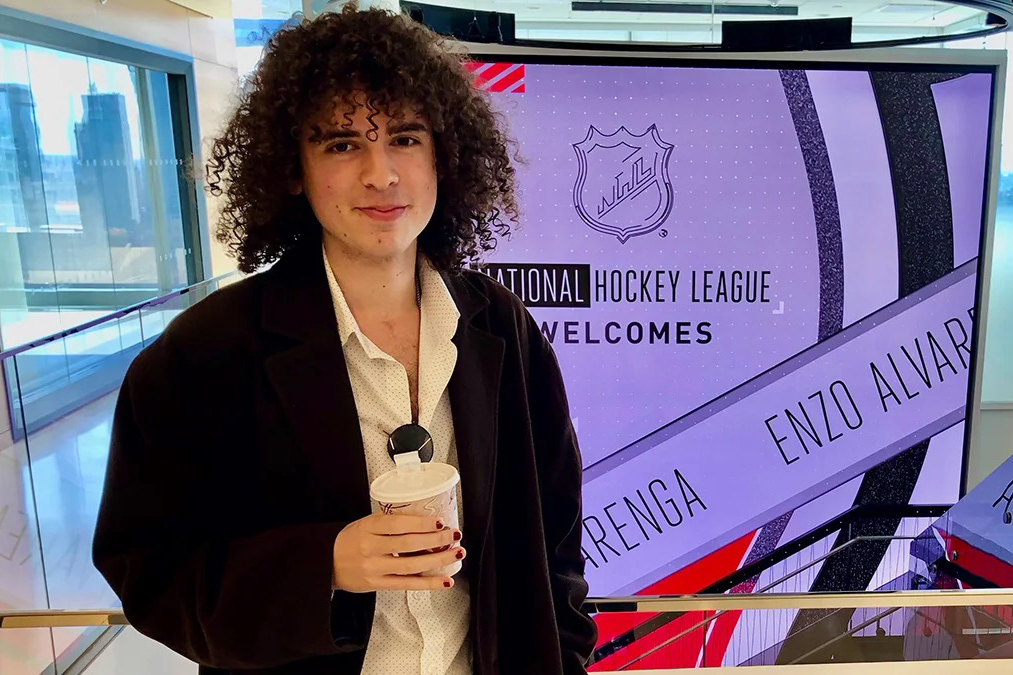 Carlos Alvarenga, father of Enzo Alvarenga, a rising sophomore journalism major who died in a cycling accident this past summer, started a sports journalism foundation in his son’s honor.

The Enzo4Sports Foundation — named after Enzo’s Twitter handle which is now the foundation’s official account — launched on Enzo’s birthday, Oct. 11, according to Carlos Alvarenga.

“In four months of darkness, it was the first moment of light for me personally,” Carlos Alvarenga said. “I felt that I was moving forward the vision that … we had to not let the good work that Enzo would have done in life stop when he died.”

The foundation’s first step is creating an endowed scholarship for sports journalism students at the University of Maryland’s journalism college.

This scholarship would not be the first of its kind at the university. The journalism college created the John McNamara ’83 scholarship fund in 2018 to honor the sports journalist and alum from this university who was killed in the Capital Gazette shooting. Still, Alvarenga hopes it can support students who need financial aid.

“Enzo4Sports will be a great boost for the Povich Center,” Hyman said in an email. “It will help us continue to lower financial barriers for students and to expand access and opportunity to our courses and programs. ”

Carlos Alvarenga said the primary goal of the foundation is to close the gap between privileged and underprivileged sports journalism students, which can start as early as high school.

“We see the fork in the road. he kid who is privileged can take the internship that has a minimal stipend or that’s only giving them credit,” the organization founder said. “The person who isn’t has already taken a different road, and this is where the separation of career paths can happen early on.”

Sports anchor Katie Maher, a 2022 Merrill graduate who worked with Enzo as the executive producer of The Left Bench, a sports broadcasting organization, said the financial support would be very important, especially for students who want to pursue broadcast journalism such as Enzo did.

“It’s gonna be really beneficial, because there are a lot of students [at this university] right now that want more opportunities and are fighting for school to give them to them,” Maher said.

The criteria for qualification is still being decided, but the foundation is looking to award scholarships to students that cover athletes who want to be a force for positive social change, which was very important to the family, Carlos Alvarenga said.

“I believe that athletes have a unique role in society … and that sports journalists can do more to give athletes, even at the collegiate level, a wider voice and to tell different stories than the ones that are typically told about sports,” Carlos Alvarenga said.

The next step after establishing the scholarship will be to support students in other ways, such as providing internship stipends for students to cover additional costs such as travel expenses, Carlos Alvarenga said. Broadly, Carlos Alvarenga wants Enzo4Sports to be a resource for sports journalists.

The Foundation hopes to award its first scholarships before the end of the spring 2023 semester.