Addressing sexual violence must be rooted in survivor support, not reputation 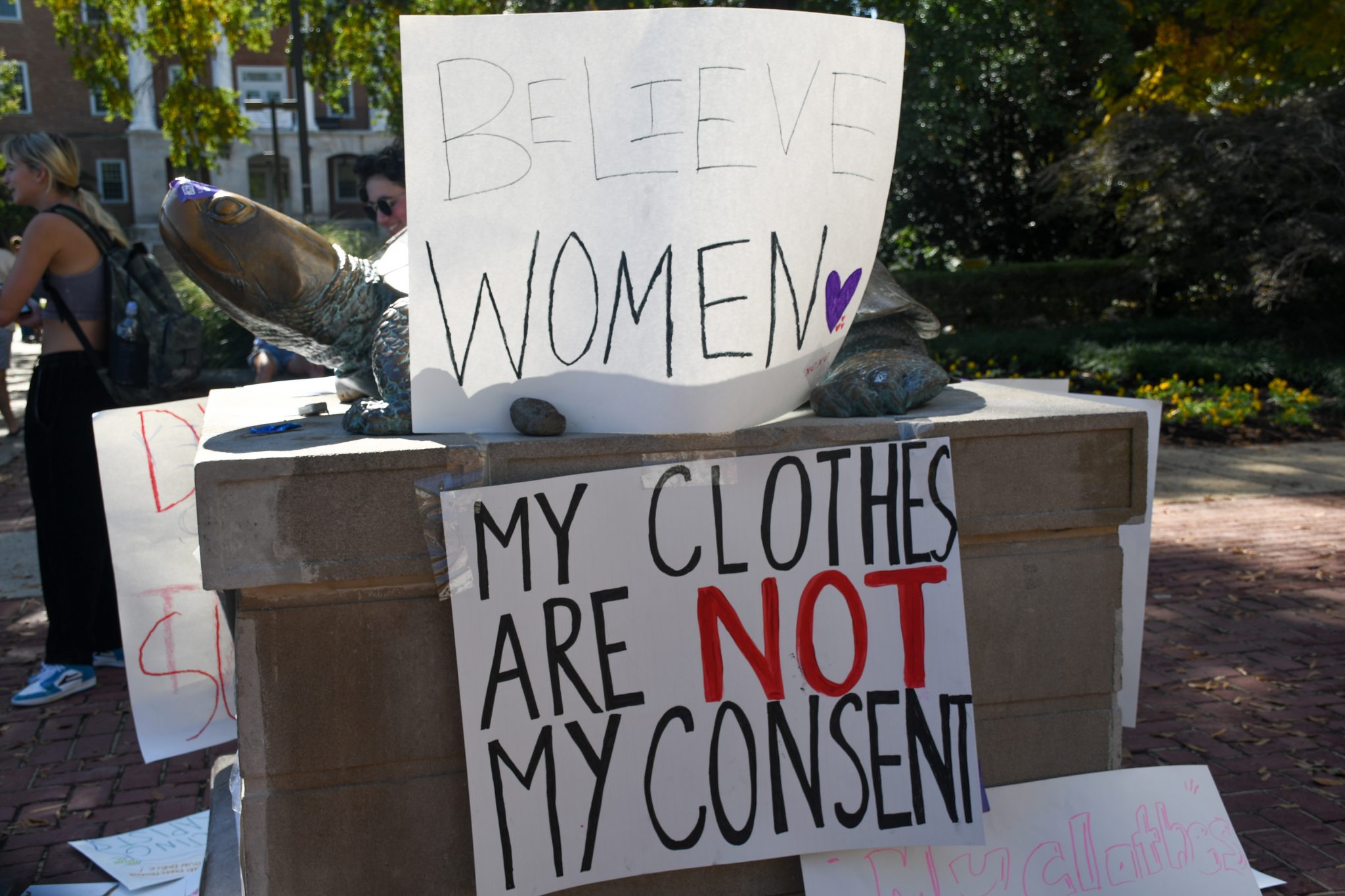 Too many students experience instances of sexual violence on college campuses. And University of Maryland students have long been vocal about the university’s misguided priorities that have precluded serious reform.

Preventing Sexual Assault held its annual Slut Walk to bring attention to this university administration’s lack of satisfactory responses to these incidents on Friday.

PSA’s timing was intentional. The period between the beginning of the fall semester and Thanksgiving, including right now, is known as the “Red Zone.” During this period, about 50 percent of campus sexual violence incidents occur.

However, we still don’t know the full extent of the issue — sexual violence is widely undereported, including among college students. This university must seek to determine its true scope, and that starts with publicizing means for students to submit reports.

It’s never been more important to meet students where they are. In particular, LGBTQ+ students and students with disabilities are disproportionately affected by sexual violence on university campuses. A natural next step is promoting resources through communications maintained by the Accessibility and Disability Service or the LGBTQ+ Equity Center.

An examination of the reports clearly reveals this university doesn’t take its investigative responsibilities seriously enough. In the 2019-2020 academic year, the last year for which data has been released by this university’s Office of Civil Rights and Sexual Misconduct, out of 213 student reports of sexual misconduct, only 11 resulted in official investigations.

A disproportionate number of these reports — more than 80 percent — ended when the office tried to reach out to the complainant but did not hear back or the complainant simply declined to move forward.

This university must investigate these reports more thoroughly. But we should also analyze why complainants are so reluctant to engage in further conversations.

Surely, it’s in part a consequence of this university’s denial of sexual violence as a systemic issue. Last year, university President Darryll Pines was widely criticized for reducing the experiences of survivors, saying this university doesn’t have a “big problem” with sexual assault within Greek life, a demonstrably false claim.

Beyond that, reporting — a process that involves making oneself a target for retaliation and reliving immense trauma — is disincentivized by the historical lack of just outcomes.

That’s why we should proactively designate independent advocates for survivors. Advocates would guide students in reporting sexual violence, accessing medical care and navigating legal considerations in tandem with the Student Legal Aid Office — and are protected from university reprisal.

We should also be more conscious of how accessible existing resources are. For example, CARE to Stop Violence maintains a 24-hour crisis line during the fall and spring semesters — which, in my conversations with other students, seems largely unknown — to support students experiencing sexual assault and other forms of violence.

And while the university mandates a course for incoming first-year and transfer students about sexual assault prevention, students aren’t held to taking it seriously — essentially the epitome of what advocates appropriately describe as a 30-minute “check-the-box methods of prevention” that students can “click mindlessly through.”

We can’t only focus on band-aid solutions. We should pursue immediate reforms targeting the the systemic failures of sexual assault prevention.

Policy changes at the national level can make universities more responsive to survivors. Instead of sending out a superficial email lauding Title IX on its anniversary, Pines ought to speak out in favor of the Biden administration’s proposed changes to the landmark civil rights law.

These changes would allow universities to address sexual violence more robustly, enabling action in response to assaults that take place off campus and making investigations less skewed in the favor of the accused.

At the very least, our administration should be more accommodating to survivors, whether through providing academic and career supports, financial assistance or supplementary physical and mental health services as needed in the aftermath of experiencing sexual violence.

New efforts to address sexual violence on campus have to be rooted in a genuine sense of understanding and urgency, not simply an extension of this university’s public relations efforts. Performative approaches must not continue to overshadow true policy changes and demonstrated outcomes.