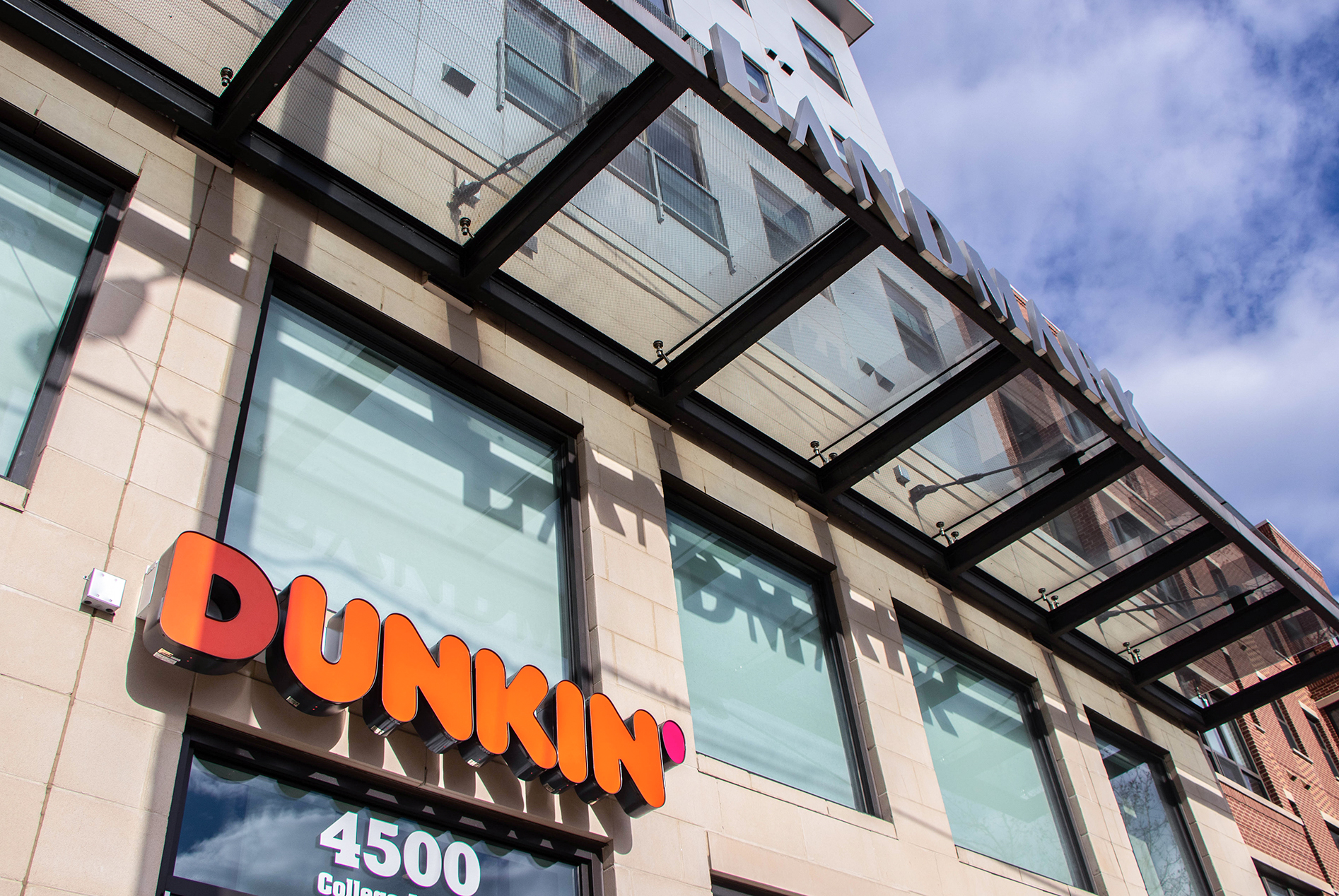 The Dunkin' Donuts location underneath the Landmark apartments on Route 1 in College Park. (Julia Nikhinson/The Diamondback)

Ever since Dunkin’ Donuts officially changed its rewards program, it’s safe to say the internet has lost its mind. University of Maryland students, especially those with a caffeine addiction, have also had to debate how the changes will impact their coffee routine.

If you live near Terrapin Row or Landmark and need your daily fix of an iced coffee, Dunkin’ is most likely your go-to spot. It’s usually quick and simple. Before the new rewards program dropped on Oct. 6, just two trips could garner you enough points to get a free drink the next time you went, depending on your order and day of purchase.

Previously, members could earn 200 points and receive a free drink on their next visit. Dunkin’ is known for its affordable options and generous rewards and offers in comparison to Starbucks, one of its major competitors.

Maura MacLaren is a sophomore elementary education major who visits Dunkin’ close to three times a week and uses the app every time for offers and rewards. While she misses the free drinks, she does appreciate the new rewards, such as a free muffin, which wasn’t typically offered previously.

The truth is Dunkin’ ultimately is a business and whenever something is left in the hands of capitalism, people usually don’t win. Dunkin’ still takes the lead in affordable coffee, regardless of a misshapen rewards program.

According to its news release, the changes were actually made in response to members’ requests.

“When we set out to improve DD Perks, we asked our members what they wanted to see in a new program. They told us three things: flexibility, variety and recognition,” Dunkin’ President Scott Murphy said. “And we did just that — we solved the three biggest constraints to bring a new and improved customer experience to Dunkin’ fans.”

So why are people so upset about it if it’s exactly what they asked for? There are still a lot of good deals on the table. For some students, the most upsetting change is in its simplicity.

[The balance between addressing canceled artists’ accomplishments and wrongs]

Christina May, a sophomore supply chain management major, recently started going to Dunkin’ and took a particular interest in the old rewards program.

“It was so easy to get to 200 points because you could do the bonus order ahead on Mondays to get 100 extra points and then you could just order one more time within that week,” May said. “You could easily get 200 points to get a free drink.”

But with these changes, some students aren’t changing the frequency of how often they go to Dunkin’. The drinks are still fairly affordable and the rewards program has a lot more flexibility.

“It seems like a lot initially, but it’s growing on me,” Wolf said. “I like it a lot more now because I get other things for free.”

Dunkin’s news release emphasized the need for flexibility for their members, and one bonus to the new rewards system is the ability to get more than just a free drink. Members also get rewarded more for the frequency at which they visit Dunkin’ during a calendar month.

Even though some students had gripes with the new updated rewards program, they shared that it admittedly did not alter the frequency of how often they went to Dunkin’ during the week. It appears this beloved, affordable coffee company is still sitting pretty in the hearts of this university’s students.