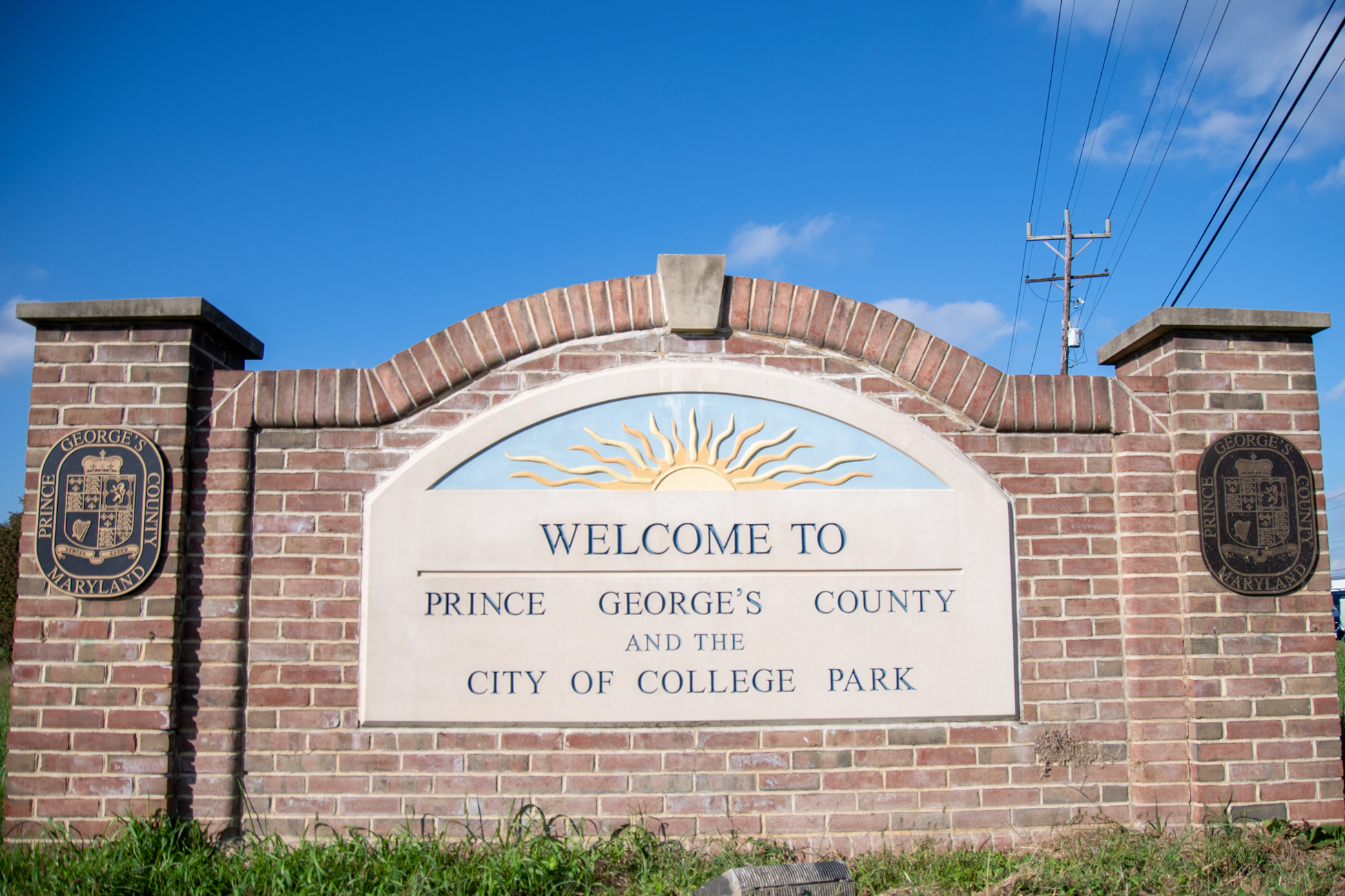 The sign welcoming drivers to the city of College Park, which is located in Prince George's County, on Route 1 near Insterstate 495 on Oct. 21, 2020. (Joe Ryan/The Diamondback)

Prince George’s County voters will head to the polls in less than a month with 11 seats up for grabs in the county council.

Ten of the seats are currently uncontested. The only contested race is in Prince George’s County’s seventh district, where Republican Gary Falls will be on the ballot running against Democrat Krystal Oriadha.

The Diamondback reached out to council candidates in Districts 1 through 4 to learn more about their vision. Candidates are listed in order by their district.

Lifelong Marylander Tom Dernoga has lived in Prince George’s County for more than 30 years since attending the University of Maryland in 1980.

Prior to running for county council, Dernoga was a civic activist and attorney, where he notably halted several controversial development plans in the county, including the then-Washington Redskins stadium plan in Laurel and a strip mall plan in 2012.

Dernoga has been a staunch supporter of including public opinion in development plans and limiting unchecked development by opposing numerous controversial development plans such as the Bowie-Mitchellville and vicinity sectional map amendment. The plan would repurpose Bowie’s Freeway Airport into a residential area, which residents believe would further the burden on an already traffic-congested area.

Dernoga has received endorsements from the Sierra Club, an environmental nonprofit, and Progressive Maryland.

Dernoga was not available for an interview after multiple requests from The Diamondback.

Former Maryland House of Delegates member Wanika Fisher is primed to replace Deni Taveras in District 2 after Taveras decided to run for state delegate. Fisher has represented District 47B in the Maryland General Assembly since 2019. The district includes Langley Park and Adelphi.

“When you become a homeowner in the county, [there are] just so many different issues around code enforcement, affordable housing, crime, cleanliness … if I just filter everything down, that was probably the biggest catalyst of me wanting to change my career path from the statehouse to the county.”

As a result, one issue Fisher aims to tackle in the county council is affordable housing.

“I was the lead sponsor on the only housing bill that passed in our state which was Access to Counsel,” she said. “I’m super proud of that. It’s a huge game changer.”

In addition to affordable housing, Fisher hopes to improve transit and walkability and tackle crime.

Regarding crime, Fisher also highlighted her previous records of police reform in the county.

“I’m like the public safety person,” Fisher said. “I worked on the statewide police reform group. I’m a former prosecutor. I’m a defense attorney. I’m in our courtrooms and I’m with law enforcement every day, so there’s a lot I want to do on helping recruit and retain law enforcement.”

Fisher brings a diverse background to the council with her mother being of South Asian Telugu descent and her father being Nigerian Yoruba.

A self-proclaimed “practical progressive,” Fisher said she is prepared to work with her colleagues in the council, even if they may not always agree on policy.

“I’ve been an assistant majority leader [in the General Assembly],” she said. “I’ve got blue dog Democrats in there, purple Democrats, extremely progressive and left to everything in between. I think it’s about listening. It’s about putting your ego aside. It’s about finding compromise.”

Like Dernoga, Eric Olson is preparing for his second stint in the Prince George’s County Council. Olson served as the District 3 council member from 2006 to 2014. From 2014 to 2022, Olson was the executive director of the College Park City-University Partnership, which aims to improve walkability and enhance public spaces in the city.

Olson said the current state of his district and the county spurred him to run for public office again.

“There is a lot of work that needs to be done in the county and in our district. I know the job. I know our neighborhoods. I have gotten a lot done, and I want to continue that work in our area,” Olson said.

Olson said he hopes to focus on smart development in transit-oriented areas and affordable housing. He referenced the new Purple Line and current Metro stations as prime areas for development in the near future.

“We need to build more bike paths and sidewalks to get people to and from the Purple Line, as well as between neighborhoods and commercial areas,” Olson said.

Olson also urged for the ongoing climate crisis to be addressed concurrently with these new development plans.

“Things have changed rapidly due in large part to climate change,” he said. “So, we need to be addressing stormwater, flooding, development standards and protecting green space … as well as developing with smart growth and in a sustainable way.”

Olson said he has valued public involvement in development plans his entire career. In his final plea to voters, Olson cited his record in smart growth, neighborhood safety and quality of life as a blueprint for what he plans to accomplish moving forward.

“Creating plans that the community has been engaged in is what I’ve done my entire time as a public official,” Olson said.

According to her website, Harrison hopes to promote education and workforce development and pursue environmental sustainability. She aims to reduce the county’s carbon footprint and work to achieve the state’s 2045 goal of zero emissions.

Harrison is running unopposed after garnering more than 49 percent of the vote in July’s primary, defeating three challengers.

She did not respond to multiple requests for comment.

CORRECTION: A quote in a previous version of this story misstated that Maryland is the first state to provide a free attorney and eviction proceeding for low income residents. Maryland is the second state after Washington. This story has been updated.