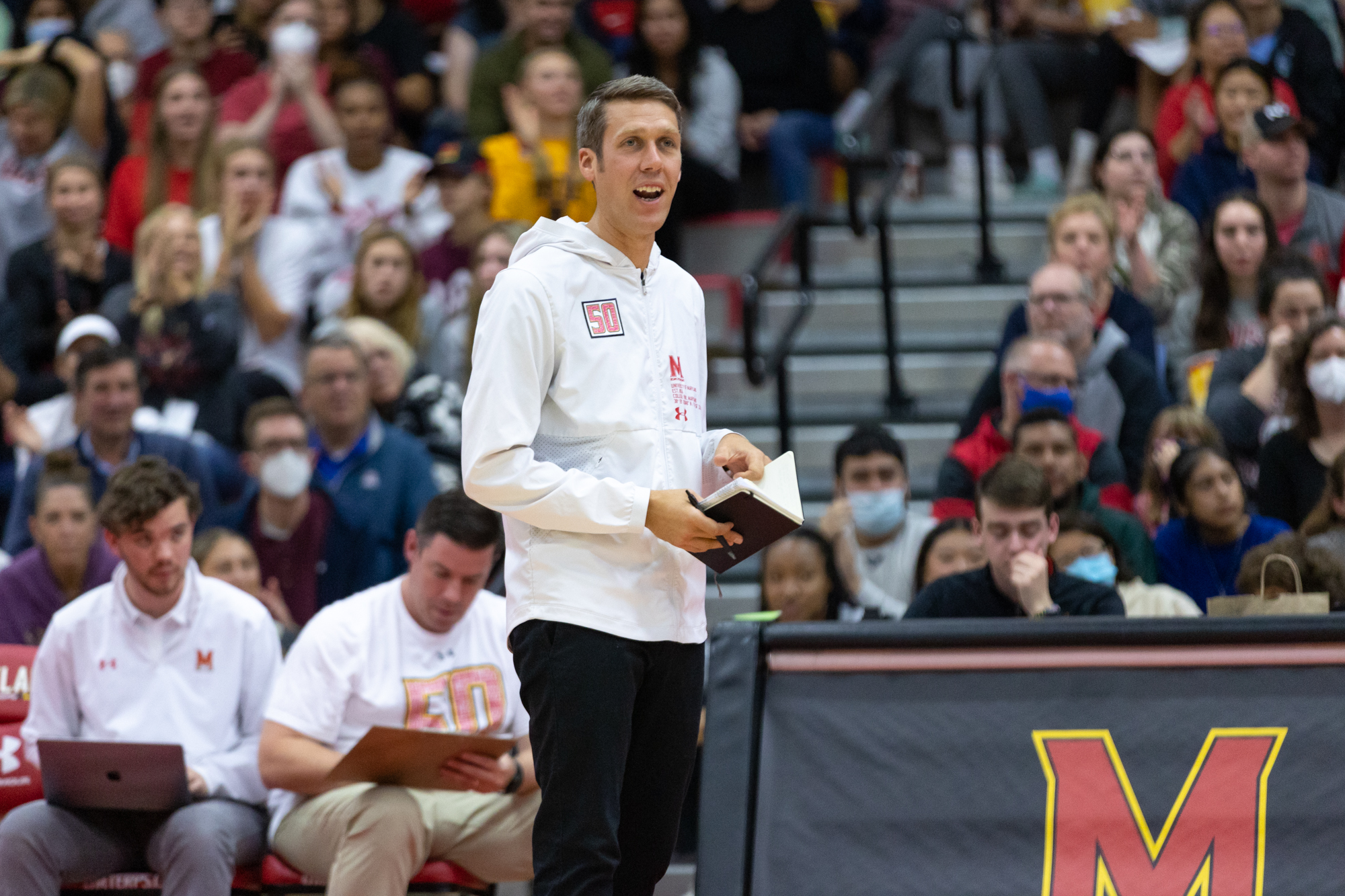 Maryland volleyball’s struggled to find a win in the past two weeks.

The Terps’ 9-3 record has faded throughout a four-game losing streak, bookended by a pair of four-set defeats with two crushing five-set falls in between.

Maryland finds itself in its most turbulent stretch so far this season, now sitting at 9-7.

“We’re really not used to, I guess, the schedule that we’ve had when it comes to [not having] a win in the Big Ten so far deep into the season,” middle blocker Rainelle Jones said. “I think the biggest mindset that I’ve tried telling my teammates is to just have some fun.”

While Jones and coach Adam Hughes’ squad find themselves in unfamiliar territory amid their losing streak, the Terps could return to their winning ways against a familiar opponent Friday night.

Maryland will aim to notch its first conference victory against Illinois in the second meeting between the teams this season. The Terps have another chance to claim their first win against the Fighting Illini after fumbling a late set four lead two weeks ago in Urbana-Champaign, Illinois, losing 3-1.

Illinois outside hitter Raina Terry overwhelmed the Terps in that match with a match-high 20 kills and has continued to show out in a stacked Big Ten. The junior is third in the conference with 4.53 kills per set this season.

“I think Raina Terry might be the most explosive outside [hitter] right now in our league,” Hughes said. “I’m not sure if you can really find ways to just purely stop her.”

Hughes’ squad will also have to contend with Brooke Mosher, who has made an impact since stepping in for the injured Jessica Nunge. The redshirt freshman had 14 kills against the Terps on Sept. 23 and is fresh off a 21-kill outing against then-No. 8 Wisconsin on Oct. 2.

Maryland will have to stay on its toes against an Illinois team that ranks fourth in the Big Ten in total attacks since the beginning of conference play.

Currently leading the nation with 1.73 blocks per set, Jones is ready to vault atop the Maryland volleyball record books in front of the Terp faithful.

“I know that it’s going to be a special day, doing it at home [against] Illinois,” Jones said. “It’s gonna be big on my mind … hopefully, you know, my teammates will support me and hopefully get a block too … they’ve helped me so much along the way.”

[Maryland volleyball falls to No. 3 Nebraska for fourth-straight loss, 3-1]

After wrapping up its season series against Illinois, Maryland will travel to Piscataway, New Jersey, for a Sunday matchup against Rutgers. The Terps are 11-3 against the Scarlet Knights since joining the Big Ten in 2014.

“They’re a very spontaneous team,” Jones said. “So you never know what to expect with them.”

The Scarlet Knights will look for their outside hitters — Alissa Kinkela and Taylor Humphrey — to get rolling again after Rutgers was swept by Nebraska and Purdue in its last two matches.

The duo of Kinkela and Humphrey, who stand at six-foot-four and six-foot-three, respectively, pose as a challenging matchup to a shorter Maryland defense.

However, the Terps have proven they can still dominate on defense despite being outsized. In its last match, Maryland held a Nebraska offense led by six-foot-three Madi Kubik and six-foot-four Lindsay Krause to a lowly .112 hitting percentage.

“I thought we did take some pride in the fact that it was the lowest hitting percentage Nebraska had had all season,” Hughes said. “They hit higher numbers in their loss to [then-No. 9] Stanford … so I did think there [were] some positives to that.”

While Jones’ record-breaking blocks seem inevitable, the Terps hope her feat can spur the squad to a victory after their recent losing skid.