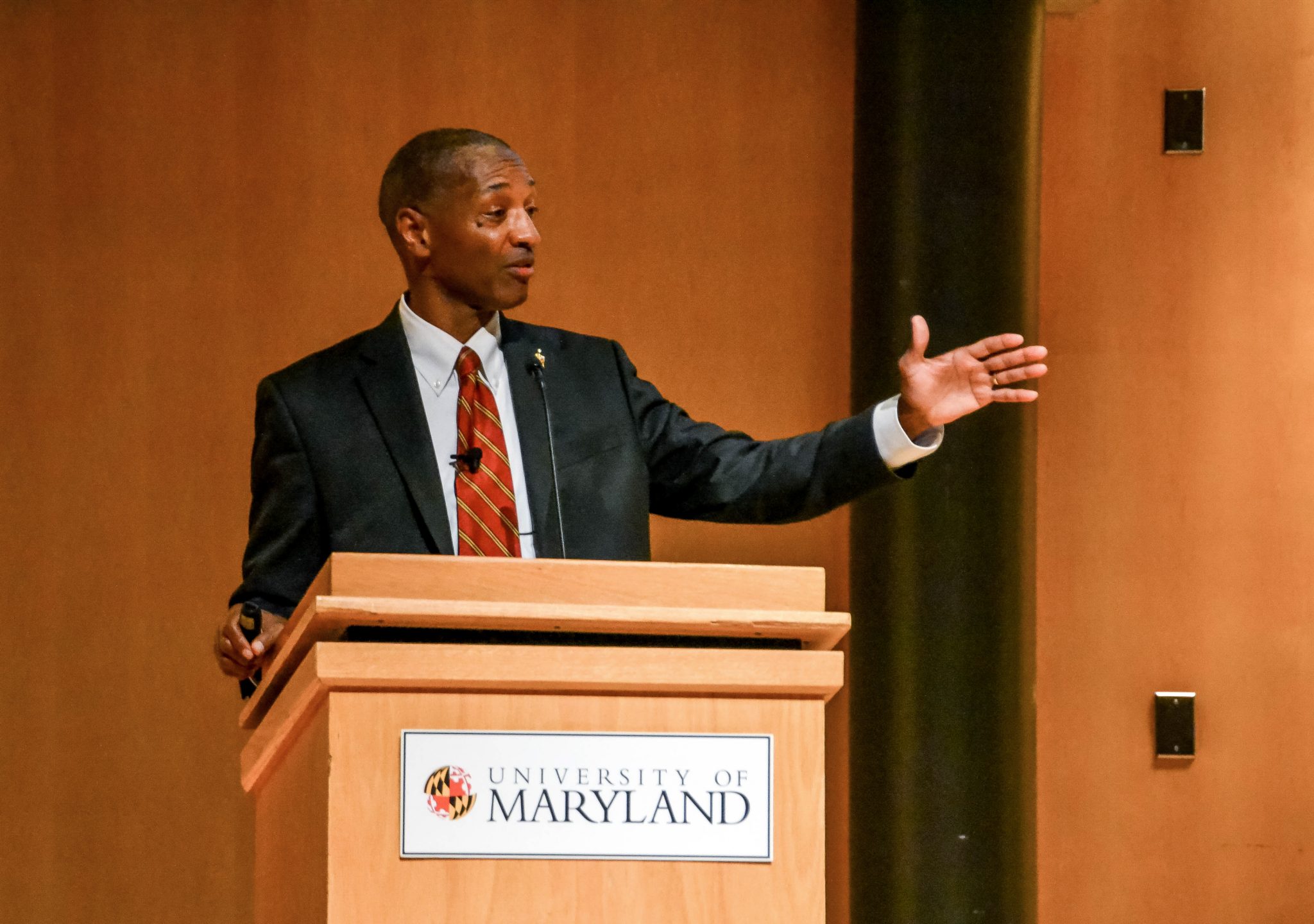 The University of Maryland’s education college presented a lecture about the state of higher education featuring Louisiana State University President William Tate, an alumni of this university, on Sept. 28.

Tate, a social scientist, is the first Black man to be selected as president and lead the Louisiana State University system. This seminar was the first in the Dean’s Lecture on Education in Society series hosted by Dr. Kimberly Griffin since becoming the head of the education college.

Tate said the public is increasingly losing trust in higher education — he attributed this phenomenon to negative thinking and selective reporting.

“Gradual improvements rarely make the news,” Tate said. “The state of affairs can be bad, but be trending up. That’s not news.”

He also highlighted that among trusted institutions, higher education ranks lower than the military and small businesses with the public. He pointed out the misguided perception that research institutions aren’t innovative and that this is damaging to universities.

“If any portion of the population doesn’t understand that, that’s a problem,” Tate said.

This university’s status as both the flagship of the Maryland system and a land grant university makes it specially positioned to address these challenges and create what Tate calls a “brain regime.”

Brain regimes are public–private partnerships designed to support healthy child development, according to a 2019 article by Tate featured in the book Facing Segregation: Housing Policy Solutions for a Stronger Society.

Tate praised this university for its role in income mobility by allowing people to avoid negative outcomes. From 2019 to 2020, 51 percent of the university’s undergraduate students received at least some financial aid, which is “huge,” Tate said.

A recent ranking of colleges by public policy think tank Third Way measured universities based on their ability to improve a low-income student’s economic mobility.

This university is within the top 20 to 40 percent of colleges in the country in the index, which lands it in the second tier. Harvard University falls in the fourth tier.

“This is a real public Ivy in every sense of the word,” said Tate.

Dean Griffin applauded Tate’s presentation, saying the lecture pointed out what’s “problematic and promising” in the challenges in the education field.

“I feel like this is an exciting moment where real, collaborative and crossdisciplinary change can take root and gain momentum,” she said.