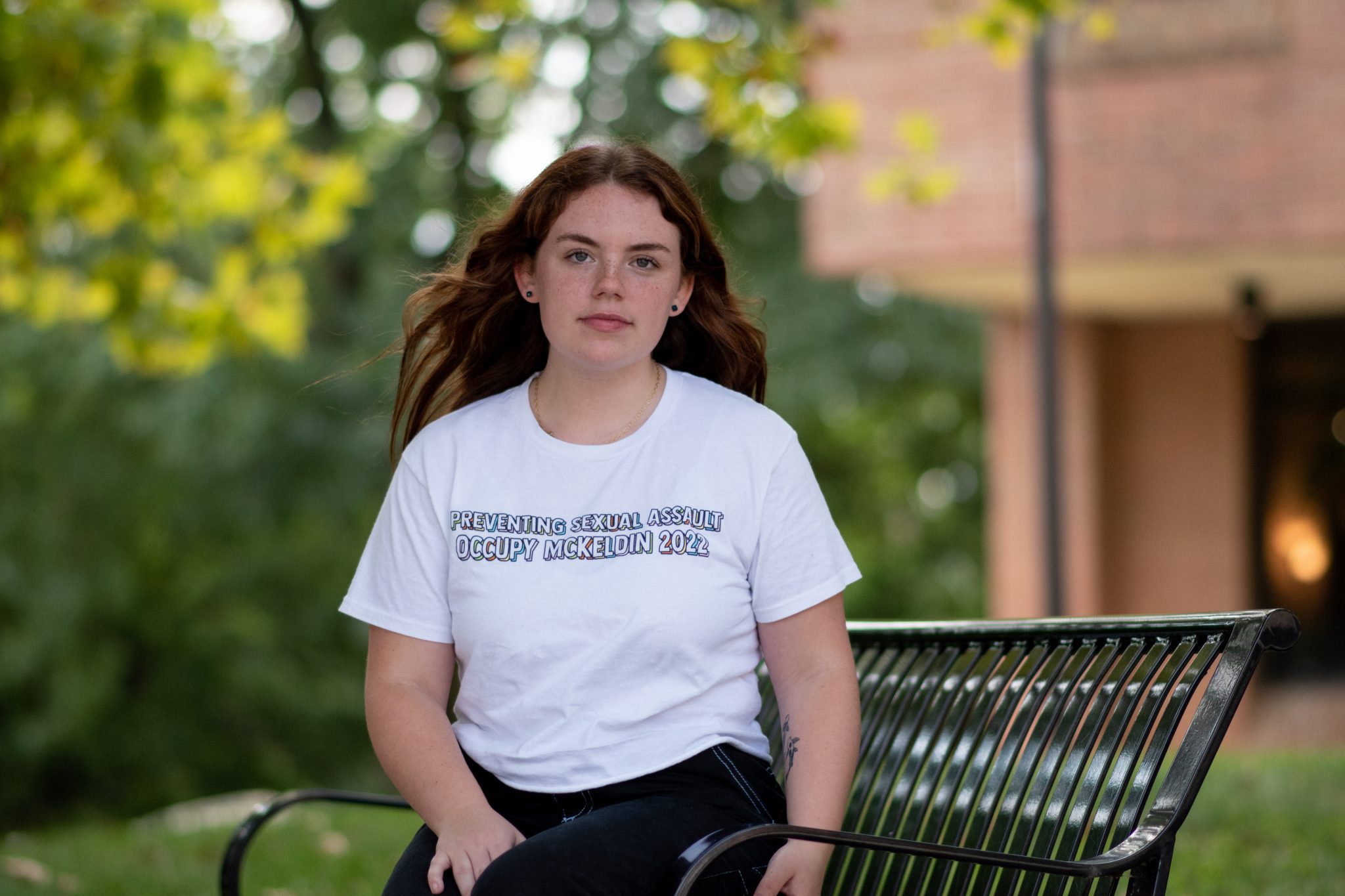 Anna Gerstein in Tawes Plaza on Sept. 15, 2022. Gerstein, a junior public policy major, is an executive board member for the Preventing Sexual Assault organization on campus. (Autumn Hengen/The Diamondback)

Chilcoat, a senior art history and archaeology major at the University of Maryland, felt anger and disappointment.

“[Roe v. Wade] was a major milestone in gaining some of our bodily autonomy and respect for our autonomy,” Chilcoat said.

On June 24, the Supreme Court overturned Roe v. Wade, the landmark ruling that established the constitutional right to an abortion. This has affected individuals in red states that banned or restricted abortion, making access to reproductive health care harder.

Chilcoat said although she got an IUD inserted before the case was overturned, she is still mindful about what contraceptives she uses and is more hesitant about having sex.

“Learning what other people’s views are, as a potential partner for intimate things, is really important to me even more than it was before,” Chilcoat said.

Chilcoat isn’t alone when it comes to feeling concerned.

Anna Gerstein, executive board member for Preventing Sexual Assault at the University of Maryland, said it’s scary that some people won’t have the right to have an abortion anymore, especially on college campuses.

Gerstein pointed out Roe v. Wade settled the right for an abortion for women who had unwanted pregnancies resulting from sexual assault, which female college students have an elevated risk of experiencing. Now, that right may not be available.

“People that are getting sexually assaulted have to deal with the trauma of not only being raped, but also being forced to carry their child,” Gerstein said. “It’s very hard for a woman knowing that they may not have the option if they do get raped and do have a rape-related pregnancy.”

Gerstein also has an IUD, which she said makes her feel safer now that Roe v. Wade has been overturned.

Lily Fleischmann, a sophomore public policy major who is the founder and president of Pro-Choice Students at the university, also said she feels anxious returning to school knowing the case was overturned this summer.

“Because Roe v. Wade was overturned, I have definitely taken a step up in my activism,” Fleischmann said, adding that because she devotes a lot of her time to political advocacy, it takes up a lot of her “mental space.”

Fleischmann said she feels privileged she has access to birth control and lives in Maryland, one of the states where abortion is protected, she said.

[Later abortion clinic to open in College Park this fall]

“If I had gone to college in a different state or was living somewhere else, this would be much more difficult for me in my everyday life,” Fleischmann said.

Afriasia Bermúdez-Crespin, a senior communication and English major, also said because she lives in Maryland, returning to school feels normal to her, even though she was initially upset when she heard about the overturn.

The University Health Center offers free emergency contraception and sexual health supplies, such as condoms, to all students.

Bermúdez-Crespin feels fortunate the university offers these things, especially when they can be expensive.

Since the overturn, the health center said it has not seen a drastic uptick in contraception requests but had no statistics to provide. In an email statement, health center officials said they suspect to see more direct results in the coming weeks and months.

Ephrata Kifle, a junior criminology and criminal justice major, said the university could do a better job making sexual health resources known to students through emails and student orientations, especially among transfer students and freshmen.

Kifle, who transferred to the university this semester, said she didn’t know these resources were offered to students.

Marsh Hessler, who is nonbinary, said they are worried the Supreme Court may go after LGBTQ+ rights next. Just like in Roe v. Wade, Obergefell v. Hodges — the case that recognized and granted same-sex marriage in the U.S.— is based on privacy.

“States have been cracking down on queer people’s right to exist for ages now,” Hessler, a junior bioengineering major said, adding that effort has increased since the overturning of Roe v. Wade.

Students mentioned that raising awareness about the court’s decision and available resources is crucial.

Gerstein said it’s important to bring the topic up in conversations and continue getting educated on the matter.

“Not knowing that you do have a choice, ultimately, is just heartbreaking,” Gerstein said. “At the end of the day, the person who’s having the child should be able to choose what they want to do because it’s their body.”