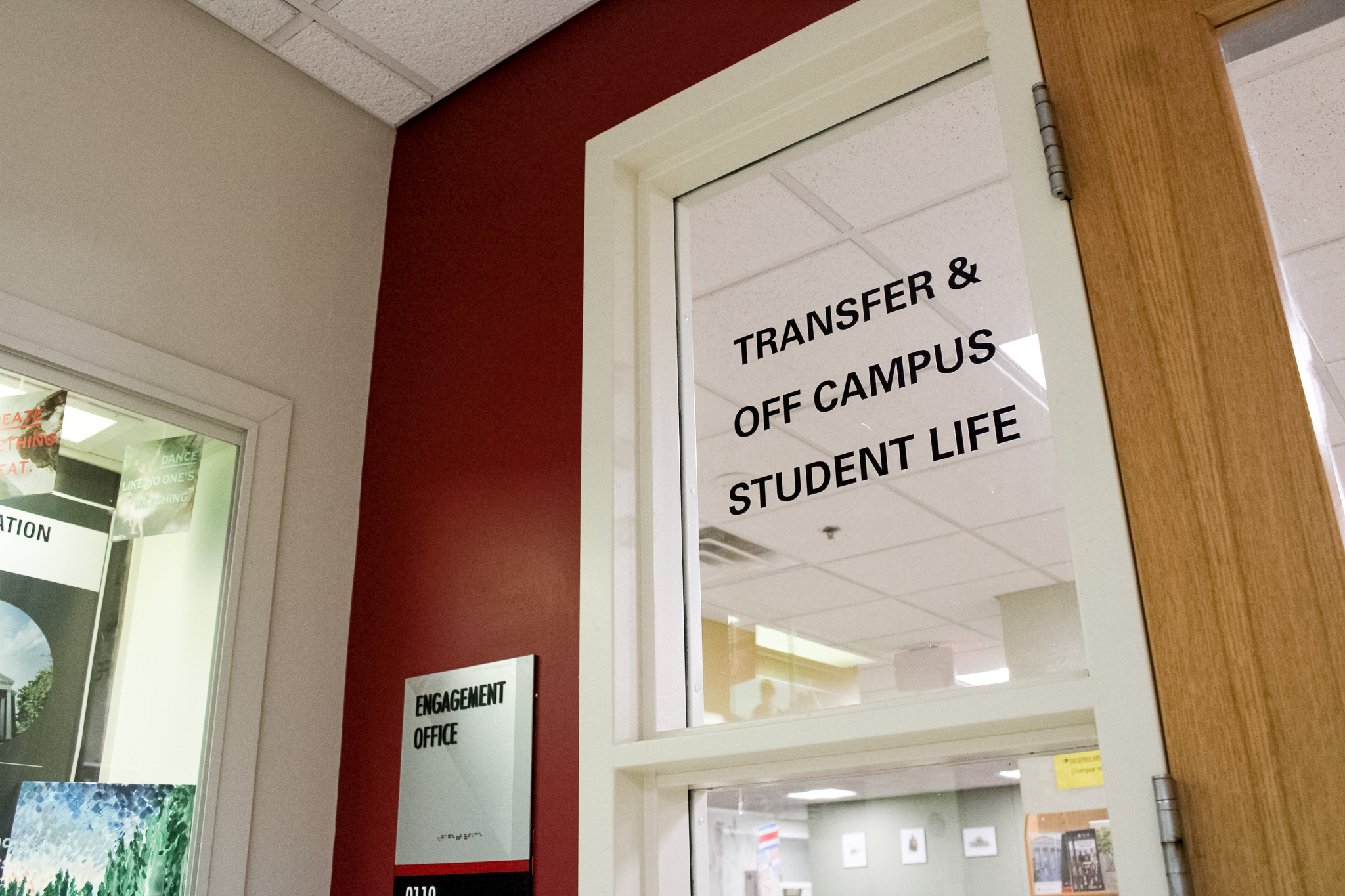 The exterior of the University of Maryland’s Engagement Office, which houses the Transfer and Off-Campus Student Life offices, on Sept. 28, 2022. (Giuseppe LoPiccolo/The Diamondback)

I always had two options getting out of my last class for the day. I could spend a significant amount of time walking around the campus searching for a place to study, probably only to find a single open chair on a loud and crowded floor in the library. Or, I could get my hour-long drive over with now, get into my pajamas and spend the rest of my evening studying. Nine times out of 10, I choose the second option.

However, going home meant I’d miss events for clubs. Or the coffee I planned to grab with the girl I sat next to in my lecture. Or office hours for classes I was struggling in. It meant I was sacrificing potential friendships, professional connections and my academic well-being.

For a school with a significant commuter student population — where about one in five students have a commuter parking pass, and this statistic doesn’t even count students who commute via public transportation — administration really ought to create designated commuter student lounges across the campus to ensure spaces for those who commute to rest, study and foster communities and friendships.

Commuter students face different challenges than students living on or near the campus. Some cite how difficult it is to form organic friendships on campus around their commuting schedules. And for those who ever have long breaks between their classes, commuters don’t have the luxury of being able to return to their dorms to rest before their next class. Their only options, especially during the colder months, end up being whatever study space becomes available to them.

During the day, when most students are on the campus, we all know how difficult of a task it can be to find a place to comfortably relax and unwind.

While certain spaces exist on the campus that welcome commuter students, such as the Transfer and Off-Campus Student Life office in Stamp Student Union as well as the MICA Cozy Corner — it’s not always practical for a student who may have classes on the other side of the campus to make the journey to Stamp. And ultimately, they still run the risk of not finding room to sit even if they do.

Hence why the designation of certain lounges solely for the use of commuting and off-campus students will encourage them to stay on campus for a longer period of time, while increasing their energy and motivation to participate in classes later in the day. Encouraging students to spend more time on campus will give them the opportunity to make friends, feel less lonely and focus on schoolwork before heading home for the evening. With commuter lounges, students won’t have to worry about the traffic of  other university students fighting over study carrels in McKeldin Library.

Creating a space only commuters can access — perhaps through access granted only through student ID verification — will provide spaces and encouragement for commuters to socialize with one another.

And I cannot stress this enough, these lounges need to be dispersed evenly across the entire campus. We all know how painful walking up Stamp Hill is. I, personally, will avoid going up it at all costs. Being a commuting student, if my class required me to be on the opposite side of the campus, I would be staying as close to where I need to be as possible — I think it’s safe to assume most commuters share the sentiment.

Buildings that attract a large number of students during the day must designate lounges with access only granted to commuter students. Some suitable locations might include the Iribe Center, the Edward St. John Learning and Teaching Center or McKeldin Library, because their locations are in close proximity to many other academic buildings, thus, easily accessible.

Many commuting students are those who cannot afford to live on or near the campus. Not being able to better accommodate them contributes to making success at this university more difficult for many lower-income students. Ensuring low income students can have spaces to study in and not freeze outside during the colder months should be a priority to facilitate student success at this university.

If this administration cares about the wellbeing of its commuter students, accommodations need to be made for the unique challenges they face. If not, this university will continue to become increasingly inaccessible for a sizable portion of the student population. It’s for all of these reasons this university must create commuter student lounges.