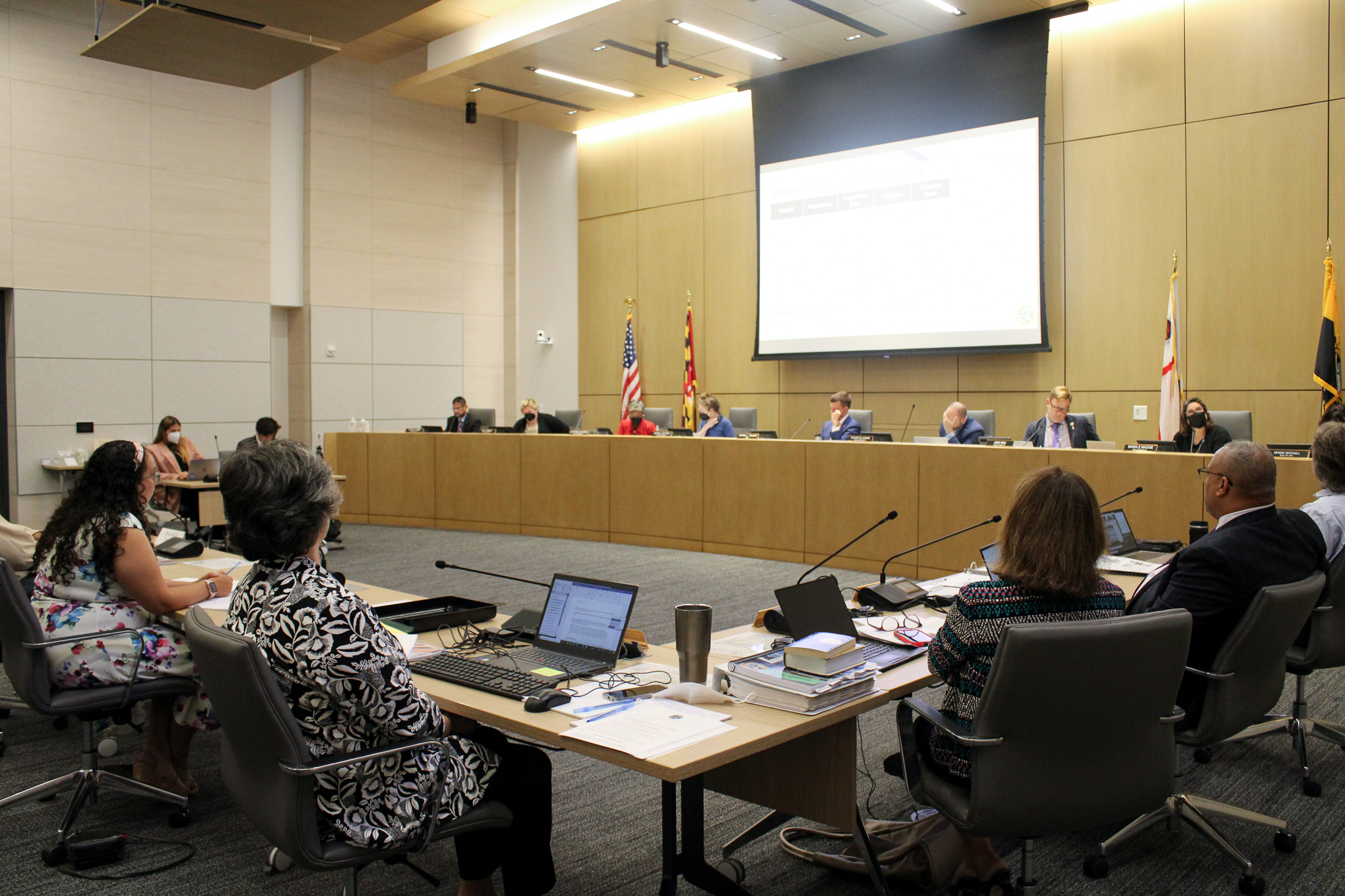 The College Park City Council voted Tuesday to send a letter to the Prince George’s County Council opposing county zoning bill CB-97, which would lower development standards in areas of the county designed to prioritize vehicular, pedestrian and bicycle access.

If an expedited development or redevelopment of a mixed-use property is within 2,500 feet of a Metro station, current regulations concerning density, parking and height of the structure would be waived under the county’s new bill. County council member Deni Taveras introduced the bill on Sept. 13.

The current Prince George’s County zoning ordinance requires detailed site plans for any application with 10 or more residential units and 25,000 square feet of nonresidential development. This was an improvement from the prior zoning ordinance, which made the site plan requirement essentially random, according to Maryland-National Capital Park and Planning Commission’s staff analysis.

District 3 city council member John Rigg said when the current zoning ordinance was passed, community members celebrated because it made development standards consistent and uniform. This would make the county more marketable for developers, he added.

“I don’t know why all this last minute, corners cut legislation is occurring at the county level,” Rigg said.

Rigg added eliminating uniformity around zoning is a “distressing trend,” in the county council.

The county’s new zoning bill would impact downtown College Park, portions of the Lakeland community and the area around the Adelphi Road-Purple Line Sector Plan.

“It is a dangerous precedent to allow projects to go through an expedited review, with less time for community input, and at the same time eliminate all regulations associated with the zone,” the city council’s drafted letter said.

The M-NCPPC’s planning board had opposed the bill Sept. 22.

M-NCPPC legislative coordinator Rana Hightower said at the board’s meeting the bill goes against the goals of predictability, quality development and consistent application of development standards present in the county’s recent zoning ordinance.

The bill would also threaten the approved Adelphi Road-Purple Line Sector Plan because it is based on predictable application of Local Transit-Oriented Zone regulations which prioritize pedestrian, bike and vehicular accessibility, according to Hightower.

“The old zoning ordinance approaches which are used in this bill have been proven unsuccessful in achieving the county’s desired policy goals,” Hightower said.

“It’s very important that we send this letter and put it on record that we oppose what’s going on in county council,” Mackie said.