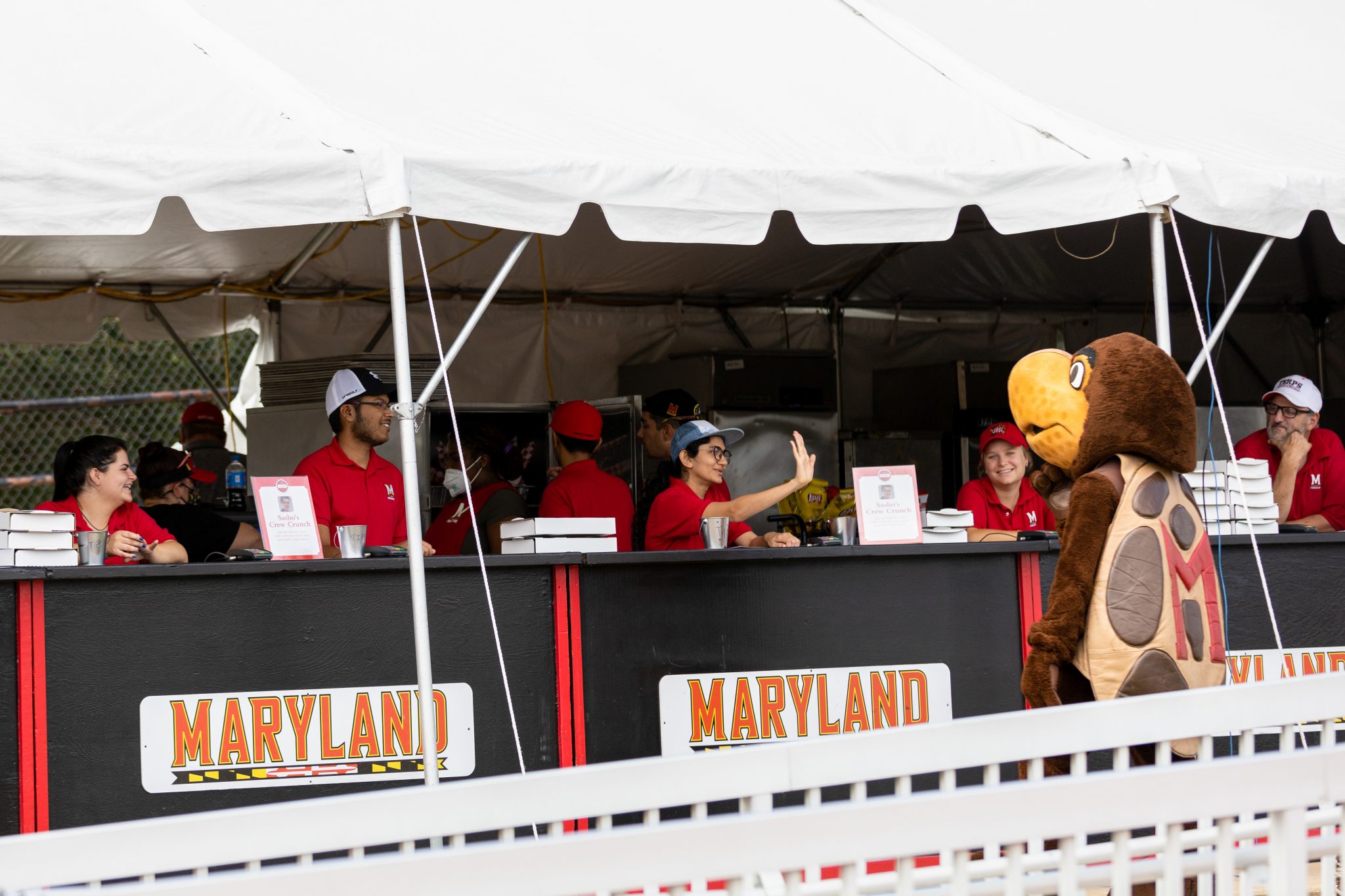 Clubs can attempt to receive funding from the Student Government Association, which requires them to complete a budget request each school year. Ponnuri, a senior physiology and neurobiology major, said it is a long process with specific details required in the application.

“Even with that, you don’t even know if you’re going to get funding,” she said. “We haven’t fully completed that this year, so we’re not even sure how much SGA funding we’re gonna get.”

The profits differ depending on what each group sells. Bullock said clubs responsible for beer carts earn about six percent of sales, while organizations that run a food stand gain about 12 percent of sales because they have to make the food they sell.

Ponnuri said some clubs might choose not to participate because it’s a big time commitment.

“You have to sign up for doing all six or seven games, and those days are like six to eight hours of work,” Ponnuri said.

The Japanese American Student Association also fundraises this way. Ariana Boyd, one of the creative media heads for the club, said they have an allotted amount of food they can sell for the day.

Bullock said groups get $15 for each individual member working that day to cover a beverage, snack and food item they can either eat or spoil without the money getting taken from their pay.

Boyd, a junior biology and studio art major, said the work is a “grind” because it takes up several hours each game day.

“The way that we incentivize it is that there’s a club-sponsored celebration at the end that dips into a bit of the funds that we earn that day,” she said.

Concessions are the primary way of fundraising for some clubs, but some also host bake sales or thrift shops to supplement the SGA funds.

The Gemstone Honors Program started running beer carts for concessions this semester. Aarushi Malhotra, a senior public health science major, said the group wanted to do this because the program’s student-run leadership council does not receive university funding.

Malhotra, president of the leadership council, said most of the students in the organization who have worked the football games have given positive feedback so far, but they ran into some issues initially that made the experience more complicated, such as an understaffed cart, register malfunctions and needing beer kegs refilled.

“It’s not as smooth as it could be, but I also imagine that with so many concession stands, nothing’s going to be perfect,” she said.

Some people enjoy the obligation more than others.

Supriya Daddi, a sophomore international business and marketing major, said she likes interacting with the customers because they take the effort to get to know her and her club.

“I enjoy working with the people from my [organization] and then getting to know other people as well,” Daddi, Maryland Minza’s logistics coordinator, said.

Bullock said the best part about hiring student groups to work concessions is the members are familiar with one another.

Ponnuri said it can feel like “free labor” because each person in the club working the stand earns less than minimum wage.

“I feel like sometimes the university does take advantage of the amount of free labor they get since I think most of the beer carts at the stadium are run by student organizations,” she said. “That’s a lot of workers that they’re getting basically for free.”

Malhotra said she would not describe the job as “free labor,” but does think the payment does not match the work.

“If they could give us more compensation, that would be a nice thing,” she said. “I don’t know how they decide the rates for that, but it’s probably a little questionable.”