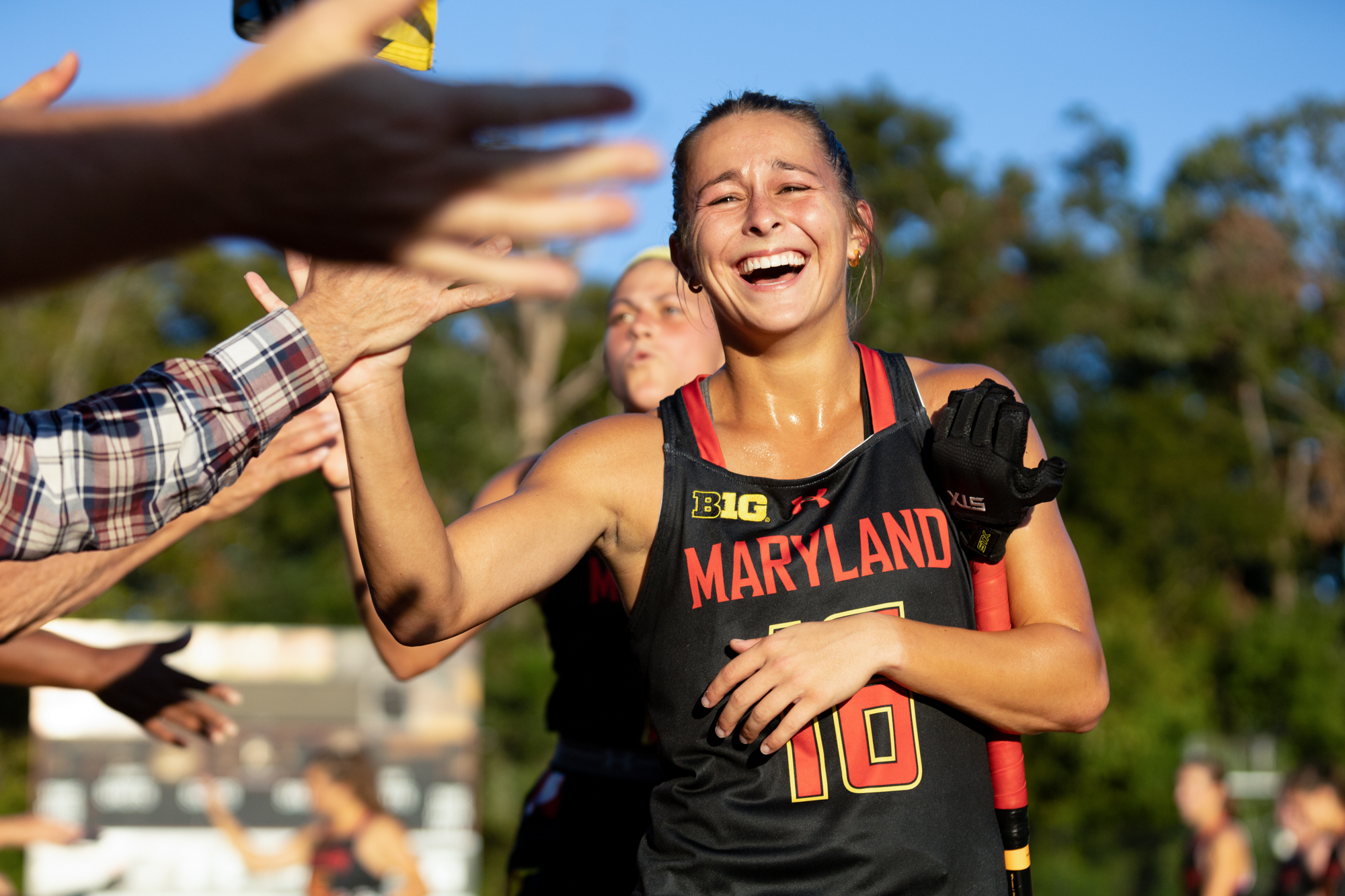 Maryland field hockey was seconds away from taking down Princeton and continuing its undefeated start to the season. Hope Rose’s team-leading eighth goal of the season with six minutes left in the game reestablished the Terps’ lead after a long-lasting tie at two.

Beth Yeager, who leads the Tigers in goals and shots but was kept in check until the final minutes, finally broke through and scored the equalizing goal with less than two minutes remaining. It sent the contest to overtime, marking the fourth straight Maryland-Princeton matchup to did so.

The first overtime period passed by with neither team finding the net. The Tigers attempted three penalty corners to the Terps’ one across the two extra periods, but perhaps Maryland’s best look at a winning goal came on that lone try that was successfully defended.

“We had an attack penalty corner, probably maybe a different option could have been called as well,” coach Missy Meharg said. “That’s on me.”

“Nothing really we could do to stop that,” Emma DeBerdine said. “It’s really just going to go in either way.”

The loss is Maryland’s first in 2022. Its perfect 7-0 record entering Tuesday kept pace with undefeated Northwestern and North Carolina atop the weekly polls. Now, the single blemish takes it out of that tier.

The strategy was successful. Princeton was often able to turn offensive pushes to the left side into penalty corners. Maryland successfully defended all of the Tigers’ penalty tries until Yeager’s game winner.

“They really changed up their pressure against our back when they were down and were able to pick us a little bit,” Meharg said. “We struggled on our left baseline and left sideline in critical moments that gave up penalty corners.”

Meharg believed missed opportunities early in the game cost her team just as much as the later ones did.

Maryland took five shots in the first quarter, none reaching the net. It continues a trend of starting games slowly, resulting in the Terps becoming forced to overcome second half deficits.

Meharg also felt Maryland got too lackadaisical after scoring each of its goals.

Princeton scored its first goal to even the score at one nine minutes of game time after the Terps scored their first. Ten minutes after going up 2-1, Maryland lost the lead again. It took just six minutes for Rose’s would-be game winner to be erased.

The back and forth affair prevented the Terps from ever pulling away.

“Maryland could have opened the game up in the first quarter,” Meharg said. “I thought we were so dominant, we had so many scoring opportunities. That’s where you gotta jump on the fly and get a couple goals up and really keep the pedal down.”

Gaining overtime experience will help Maryland as the season continues. Meharg’s squad has been in a handful of close games, but the Terps have found a way to pull away late each time — most notably a 4-2 win over Ohio State that featured three fourth quarter goals.

Maryland prepared for Tuesday’s bout with Princeton to reach overtime like it seemingly always has. They practiced overtime scenarios and intensity leading up to the game, Meharg said, but getting a true feel for what it’s like is more valuable than what can be replicated on the practice field.

“We were prepared for the overtime today,” Meharg said. “We played it in practice, we’ve gone through it as a coaching staff … You hate to say you want to practice overtime, but there’s also nothing wrong with it.”

Having a clear picture of what must be fixed is beneficial, too. As Maryland enters a stretch of seven Big Ten battles over its next eight games, eliminating a weakness that can be exploited as easily as its left baseline defense was could doom the Terps in conference play.