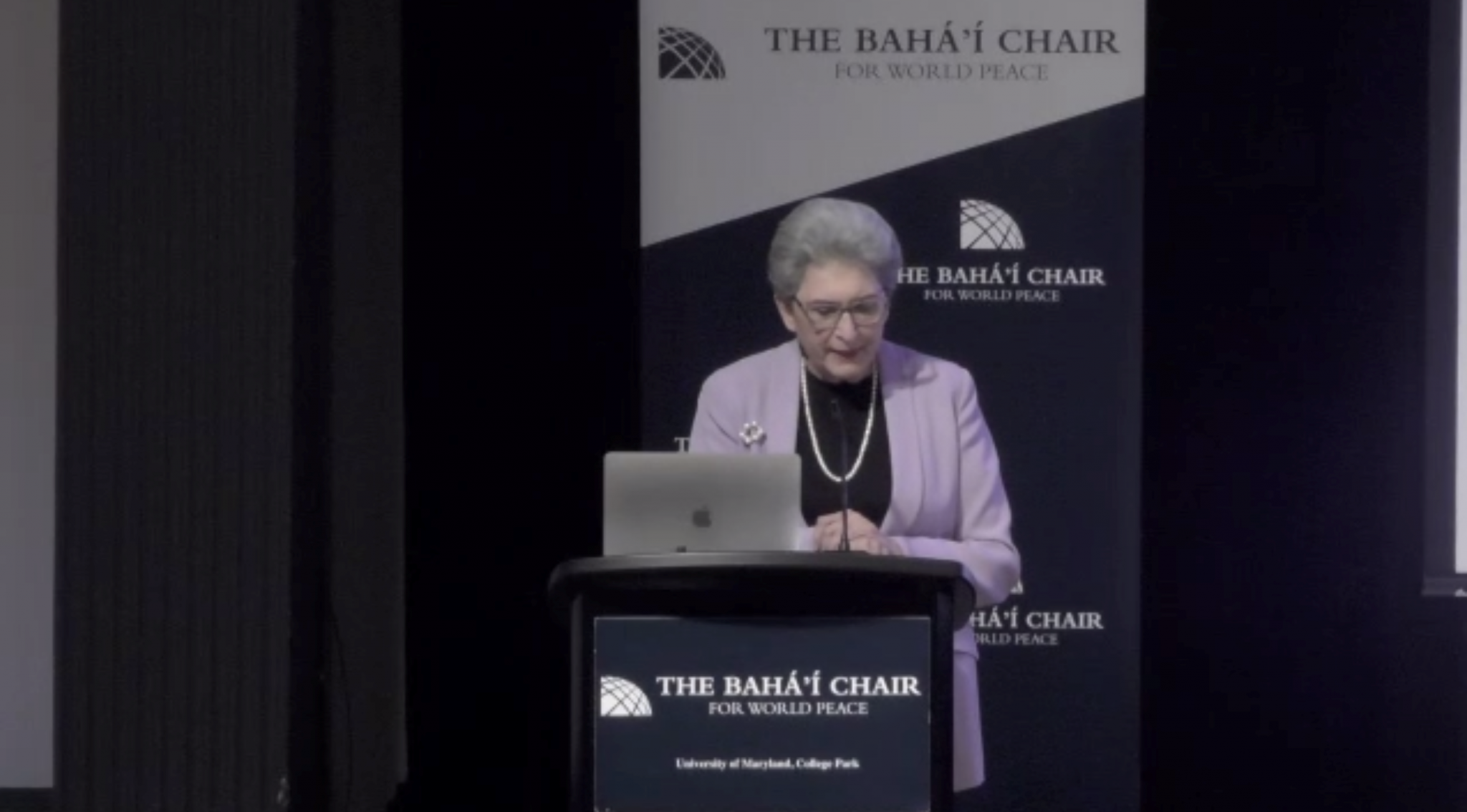 By Sasha Allen
For The Diamondback

University of Maryland professors and authors of Systemic Racism in America: Sociological Theory, Education Inequality, and Social Change, spoke on systemic racism in America at a panel in Stamp Student Union Sept. 8.

Ray, a sociology professor at this university, said he hopes students will realize they have the power to change their environments and become “racial equity advocates.”

“When you become a racial equity advocate, you then realize it is on you, and all of us, to speak up and speak out when you hear or see racial injustice or any type of injustice,” Ray said.

All members of the panel worked on the book and spoke on systemic racism in education and socioeconomic status, and how systemic racism created an achievement gap for poor, Black students.

Ray said the book and discussions the Baha’i Chair has hosted have been a work in progress. For the past 10 years, Ray and Mahmoudi have been researching and hosting events on racism in America.

“So many people would attend the events that we thought that we needed to package it and disseminate it in a different way,” Ray said. “That was when we came up with the idea to have an edited book where we would invite the speakers that came to campus to write chapters on their presentations.”

Bahá’í chair and research professor at this university Hoda Mahmoudi, who also contributed to the book, had similar goals as Ray for the event.

“The more we have events like tonight’s where we talk about racism, prejudice, systemic racism … the more, hopefully, we can open minds to not only the complexity of racism in America, systemic racism, but to also point out what individuals can do … all of us can engage in actions in order to eradicate racism,” Mahmoudi said.

Javon Goard, an alum from this university, echoed both Ray and Mahmoudi’s hopes for the roundtable. Goard, an academic program coordinator at Johns Hopkins University School of Education, said he attended the event because he wanted to hear what the scholars had to say about current social and political issues.

“There’s a lot of things that require attention, or requires focus, ” Goard said. “That doesn’t mean you’re not up to the task, that just means that it takes a collective. Fresh ideas. People who are willing to do the work, even at a very granular level.”

Meredith Friedland, a senior management and marketing major and social media director for the Bahá’í Chair for World Peace at this university, organized the event.

“It’s very important to have people start those conversations and especially people who are knowledgeable and have done research in that area,” Friedland said. “Especially because a lot of times people our age get a lot of information from uninformed sources.”

The event reached people both online and in person, with international viewers, and Ray hoped it would encourage all attendees to stand up against racism.