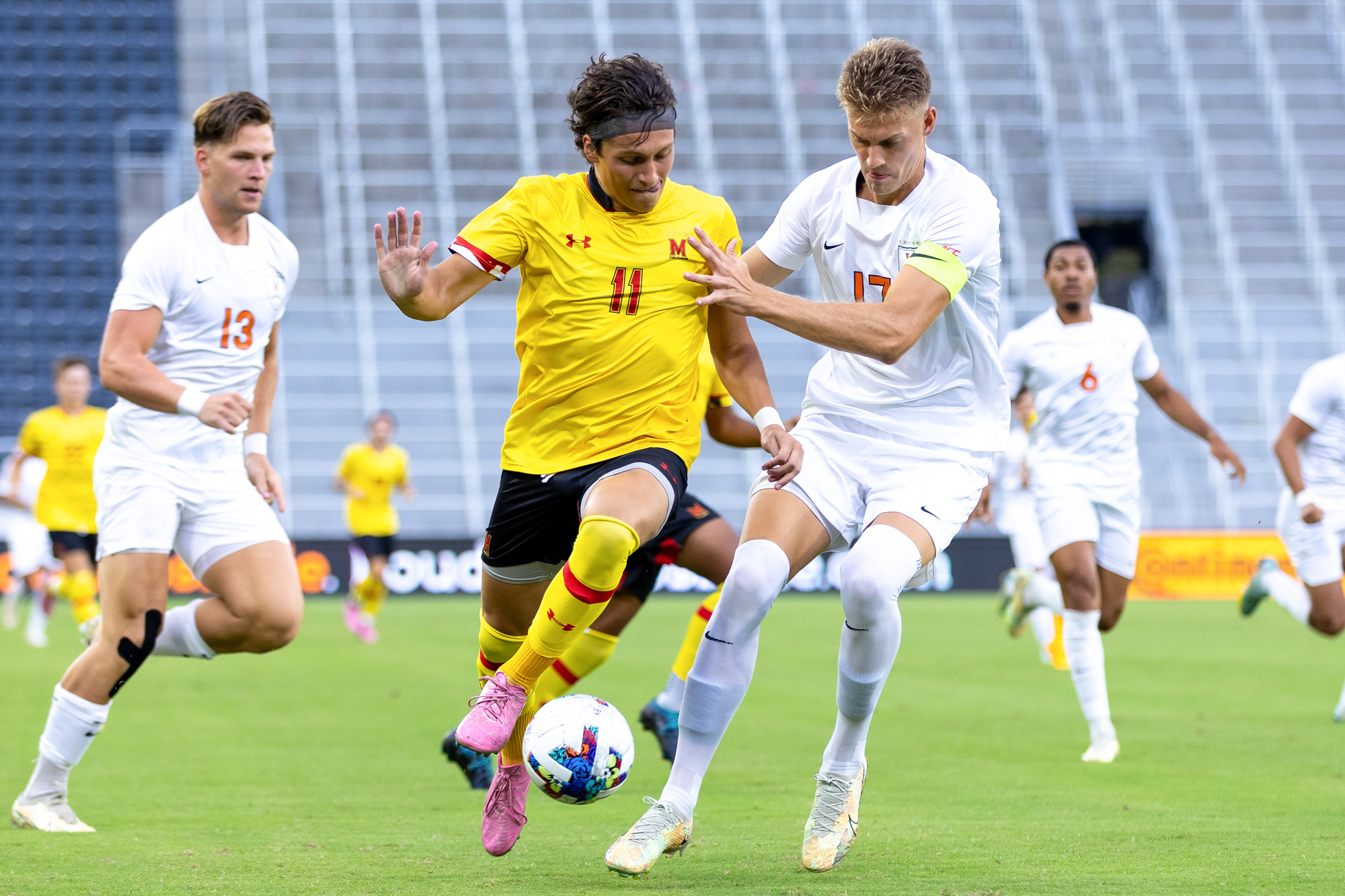 The senior stepped up to the penalty spot in each of Maryland men’s soccer’s matches against local rivals Virginia and Georgetown and coolly dispatched strikes that each nestled into the bottom corner of the goal.

He sent the opposing goalkeeper the wrong way on both occasions, opening the scoring for the Terps in each of their victories in Washington, D.C., last week.

“He’s a cool cat,” coach Sasho Cirovski said of Johnston. “He’s calm, he’s skillful, he’s versatile. I think the last two games have been his two best games of the year so far as well. So he’s just starting to hit it.”

Johnston also notched an assist in Maryland’s win over Virginia in addition to his two converted penalty kicks.

The midfielder earned a spot in Top Drawer Soccer’s team of the week Tuesday for his performances. Johnston also collected Big Ten co-offensive player of the week honors, which he credited to the player who won both of the team’s penalty kicks, freshman forward Colin Griffith.

Johnston’s finishes propelled the Terps to two victories over the Cavaliers and the Hoyas. Maryland moved up to No. 8 in the latest coaches’ poll and No. 7 in Top Drawer Soccer’s most recent rankings as a result of the wins.

“If there’s one word I’d use to describe [Johnston], it’s composed,” midfielder Joe Suchecki said. “He’s very cool on the ball … he never gets rattled, he never gets pressured. He’s just really fun to play with, but he’s also dependable. He’s there when you need him to be, and he’ll step up in the big moments.”

Cirovski said before the season that he was hoping to play Johnston in a position further up the field compared to his previous role as a center midfielder. He’s operated in different positions throughout Maryland’s midfield and attack early in the season.

The senior started as a center midfielder in the Terps’ season opener against New Hampshire, but has also slotted in as a winger against Virginia and in attacking midfield against Denver. He’s notched the fifth most minutes of any player on the team in the first five games and the most of any midfielder.

“My whole career here, I think I’ve played almost every position other than goalie,” Johnston said. “I know [Cirovski] has full trust in me, and I have full trust in him. Wherever he puts me, I’m just gonna work as hard as I can and do whatever I can for the team.”

Johnston’s three goals last week were his first of the season. Maryland hopes the senior continues his good run of form as it opens up conference play at Michigan Friday.

The Terps haven’t won a Big Ten regular season or conference tournament since 2016, well before Johnston joined the program. He’s aiming to break Maryland’s dry spell in the conference this year.