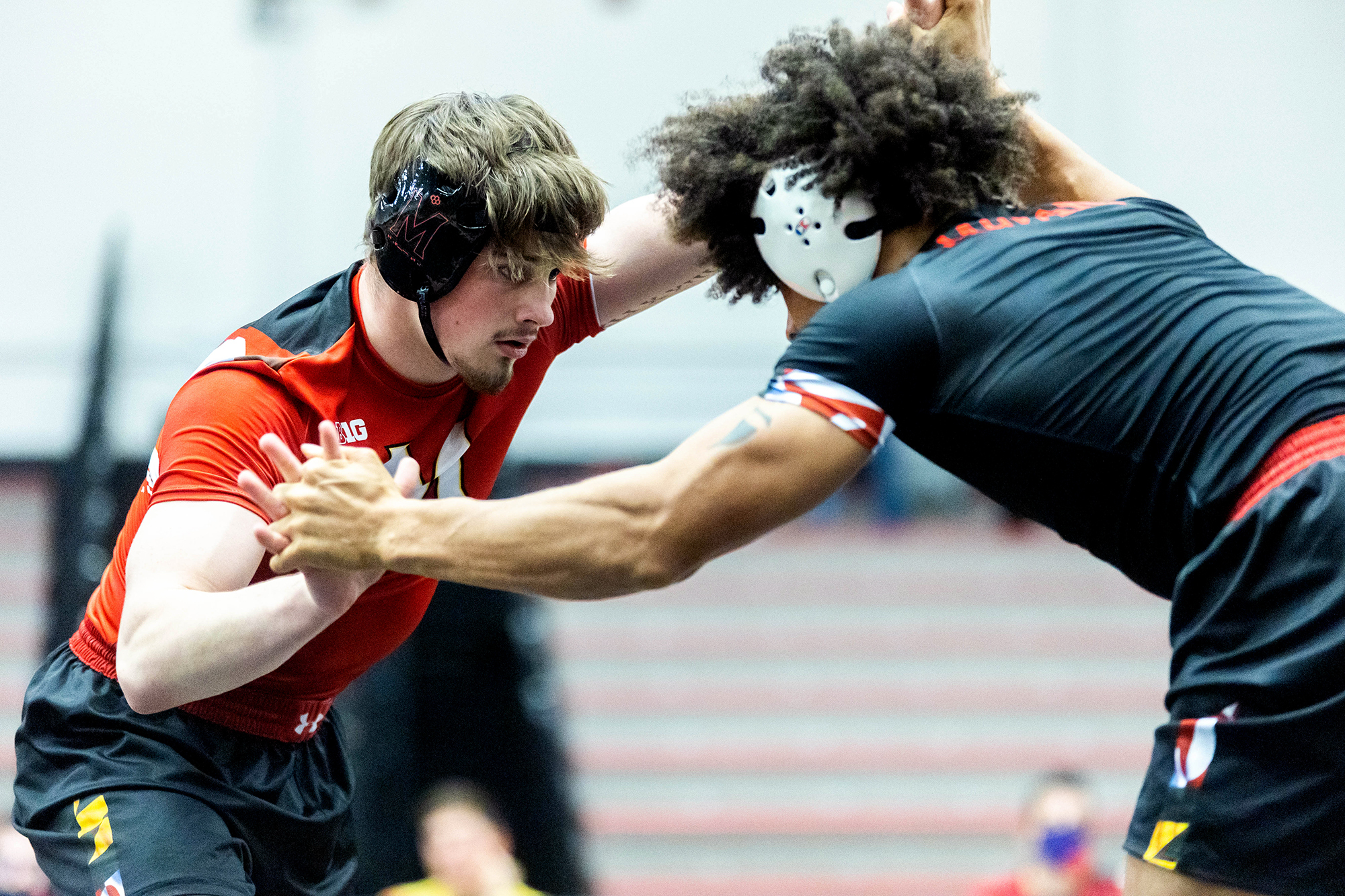 Jaxon Smith has always aspired to compete for Team USA at the world championship level.

“Representing the United States to wrestle has always been a huge goal and dream of mine,” Smith said. “Finally being able to do it is definitely like a dream come true.”

Competing against a familiar Big Ten foe in Nebraska’s Silas Allred at the U20 World Team Trials, Jaxon Smith had the opportunity to accomplish his goal June 4 in Geneva, Ohio.

Smith beat Allred in the best-of-three finals, taking the first match by a 13-6 decision and winning the second match by clinching a 10-0 tech fall. This meant Smith would represent Team USA in the 92 kg weight class at the 2022 U20 World Championships in Sofia, Bulgaria.

“Really excited for him. It’s just such a special thing. To represent your country, I think that’s most people’s dream if you play an Olympic sport,” coach Alex Clemsen said.

Smith’s achievement was music to his teammates’ ears.

According to Clemsen, Smith’s victory “rubbed off on” his fellow Terps.

“I think everybody is starting to believe in themselves more and our team is really coming together,” Smith said.

Smith opened up his world championships in Bulgaria with a 8-1 decision over Ion Demian of Moldova in the round of 16 before dropping his quarterfinal bout with Andro Margishvili of Georgia by a 12-2 decision.

But good news followed for Smith. Margishvili made it to the finals, earning Smith a place in the repechage bracket.

“I was definitely upset after losing that first match, but I knew I had a good shot of being able to medal after that,” Smith said. “Bronze took over gold and bronze was the new gold … I was just excited to be able to continue to wrestle, and I was just trying to chase a medal.”

Smith went on to defeat Kiril Kildau of Germany by a 10-0 tech fall, giving him the chance to earn a bronze medal when he wrestled Sergey Sargsyan of Armenia. Smith put up a fight but fell in the bronze medal match by a 12-2 decision, earning him a fifth place finish and a spot on the podium.“The ultimate prize is Olympic and World medals, so to see that opportunity happen for him was really awesome,” Clemsen said.

[Season in review: Maryland wrestling has improved, but is still behind in the Big Ten]

With his time in Bulgaria in the books, Smith returned to the U.S. and will now divert his attention to Maryland wrestling’s upcoming 2022-23 season.

With seven freshmen projected to join the Terps’ starting lineup, the team is excited for the experience and leadership Smith will bring to a program still trying to find its footing in a loaded Big Ten conference.

According to former Woodland High School wrestling coach Adrian Tramutola, who coached Smith to an undefeated senior season in 2021, showing leadership won’t be a problem for the up-and-coming wrestler.

“He’s going to go out and compete, and he’s probably one of the greatest leaders and teammates we’ve ever had,” Tramutola said. “He leads by example … His focus and his drive, I think other people feed off of it.”

Smith’s leadership and commitment could be what propels a young and upcoming Maryland program in the right direction. Last season, Smith placed third at the Clarion Open and was victorious at the UVA Round Robin, Edinboro Open and the MatTown Open.

And while Smith has already garnered success throughout his brief Maryland career, Tramutola says the best is still ahead for the young wrestler.

“I think this is only the beginning for him,” Tramutola said. “Wherever that kid sets his mind to, I believe in him 100 percent that he is going to accomplish it.”